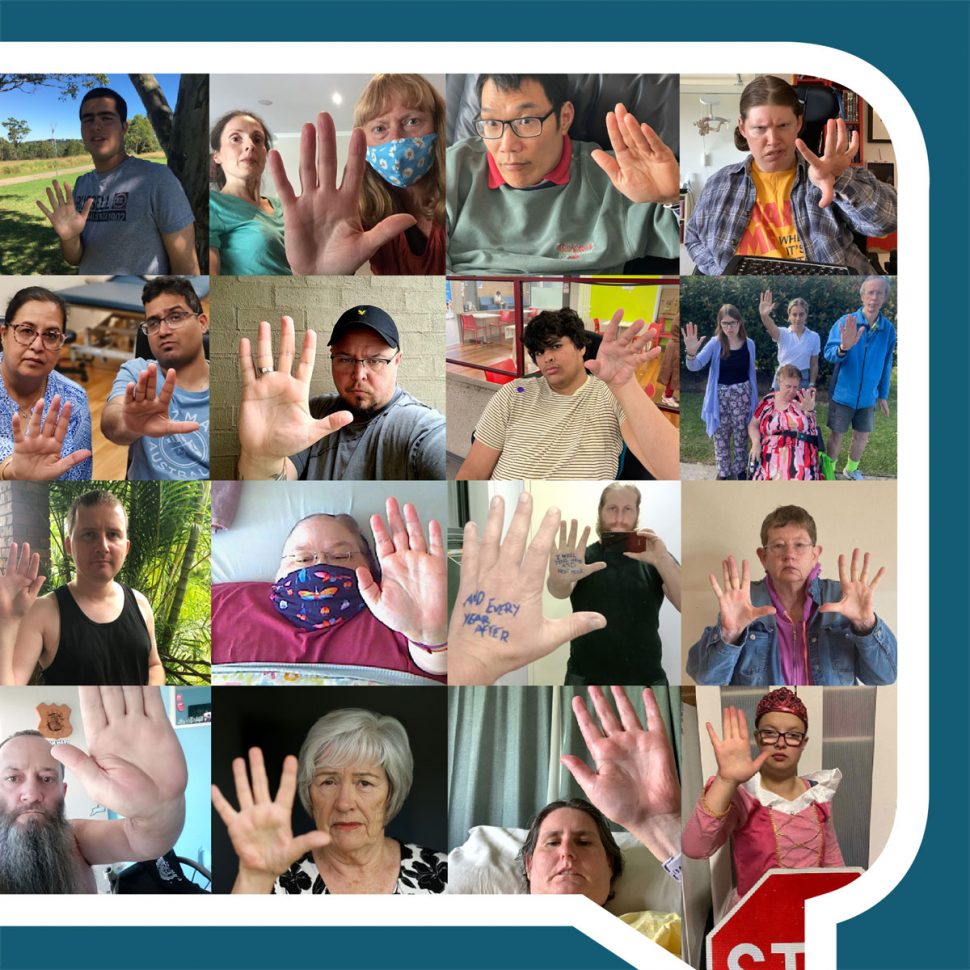 Many thousands of people with disability, family members and supporters have spoken out in recent months about their fear and anger about the planned changes to the NDIS. Today we have SOME good news from the federal government – but there is still a long way to go.

And in less than two weeks on the job, Minister Reynolds has received more than 4,000 emails from people with disability, their families and supporters urging her to stop the changes from going ahead.

Together, we have asked her to:

Today Minister Reynolds announced she will pause the introduction of NDIS compulsory assessments – for now.

“As the new Minister for the NDIS, I am committed to understanding the concerns of the states and territories, stakeholders, and most of all the participants.

“This is why I’ll be closely assessing the independent assessment trial outcomes before any enabling legislation is taken forward.”

‘Independent’ assessments were first scheduled to begin early this year – but were pushed back by six months to allow time for ‘consultations’. Again – thanks to people power from our community.

But (and there is always a but) – three days after NDIS assessment consultations closed, the NDIA announced they had given contracts to eight organisations to carry out the assessments – costing $300+ million over the next three years. One of the organisations (Allied Health Care/Plena) is a subsidiary of Zenitas – a company run by former NDIA CEO Rob De Luca – a company that also provides NDIS services.

Current NDIA CEO Martin Hoffman denied there was any conflict of interest when questioned in a recent Senate Estimates hearing.

These contracted organisations have already started recruiting. Minister Reynolds’ comments today are encouraging – but she still wants to see the results of the trial.

But this isn’t really a trial of the assessments, because it isn’t being independently evaluated. And most people who we have spoken to who have taken part in the pilot are still waiting to give their feedback.

The media received a draft copy of the changes to the NDIS Act. The draft outlined plans to:

The government and the NDIA have relied on the Tune Review to justify the introduction of these new compulsory assessments. Turns out the NDIA and the Department of Social Services added a whole lot of material to Mr Tune’s Review. More than 900 pages

A leaked copy of a draft of the 2019 Tune Review to the media revealed “More than 900 pages of documents released under freedom of information laws, show that a whole lot of material was added to Mr Tune’s so-called ‘independent’ report’.

And finally in the last couple of days leaked documents from the NDIA have revealed the creation of a new secret group called the Sustainability Action Taskforce (SAT). The job of the SAT is to try and slow down the number of people joining the scheme, and cut down on plan sizes.

So while it is great that the Minister has announced the pause on introducing new legislation – the fight is far from over.

We need the Minister to take everything back to the drawing board. And not just consult – but act on what she hears.

So we need to keep the pressure on and keep fighting to get the NDIS working the way it should.

The Australian (paywall) – NDIS revamp put on the back-burner