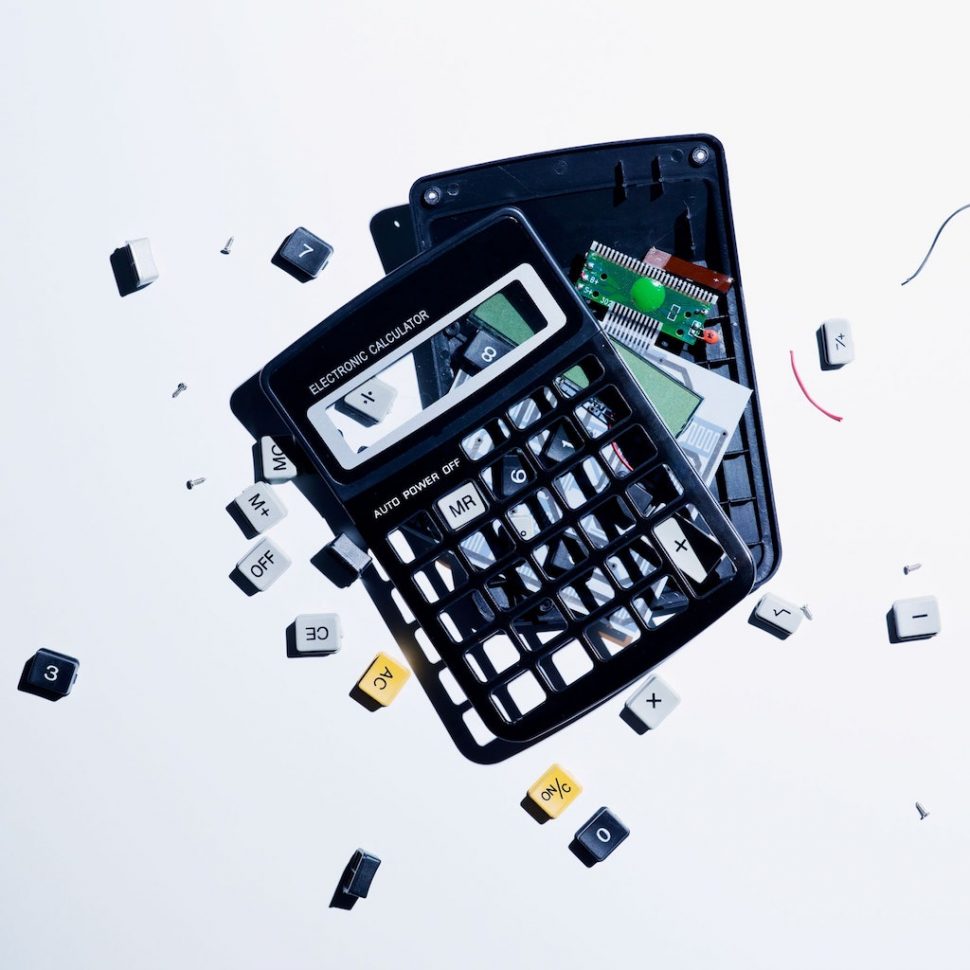 The story up until now …

A couple of weeks ago the NDIA released a draft version of price guide (it’s now called the support catalogue. Confused yet?). The good news was they got this new guide out much earlier than previous guides. This meant everyone had a bit more time to dig through it before it went live.

The bad news was – it didn’t contain all of the new prices. This was because everybody was waiting for the Fair Work Commission to hand down its decision on wages. The final prices couldn’t be worked out until that decision was made.

Well the Fair Work Commission got down to business last Friday and handed down their decision. So the new guide was released late this afternoon. Nothing like a late Friday night drop to keep us all on our toes.

Because it hit late we are still looking at all the detail. But here’s a few things that really jump out:

The good news first. The NDIA have confirmed that plans will automatically be increased to cover increased prices.

Prices will go up on July 1 but plans won’t be increased until July 11 (don’t ask why – we don’t know. Assume it is some IT drama).

This will all happen automatically in the background – you won’t need to do anything.

When the draft guide hit a couple of weeks ago one of the big changes was how the prices for group supports were worked out.

One of the reasons the draft catalogue was shorter was that the NDIA took out all the different prices for groups. There were no longer different line items for different group ratios – for example 1:2 or 1:3.

Providers were expected to get out their calculators or take off their shoes and socks and count on their fingers and toes. For each hour of support they were expected to work out the percentage to charge for each participant in a group.

Best way to get your head around it – if there were five people in a group, then the provider had to charge each participant 20% of the price per hour of support.

But only if they got equal amounts of attention. The price was supposed to reflect the amount of support each participant got.

At the time we said we did not think that would be very easy to do.

Turns out we were right. The NDIA have realised they could not make such a significant change with so little notice.

So what they have done is – kept the old group rates AND the new group rates.

Providers can now choose which way they want to invoice participants.

This will continue for 12 months. Then the new arrangements will kick in for everyone.

We are just going to go out on a limb here and say – this is going to be hella confusing for everyone. Providers and participants.

It is particularly hard on participants trying to keep a close eye on their funding (which we hope is everyone). It means you are going to have to be super duper clear with your providers about which method they are using to bill you. And you are going to have to watch your invoices closely to make sure the amount you are being charged reflects the service you have been given.

And given that it is so confusing it is going to be easy for providers to make genuine mistakes. And hard for participants to follow it up.

And depending on what is written on your invoice or how it is shown in the portal it is going to be hard to keep track of what you have been charged.

Needless to say … this is a big mess. We don’t think this is the way to go about making big changes. Announce it, backflip and then let two systems run in parallel so everyone is confused as hell.

This is NOT the way you go about making things easier for participants.

And it is certainly not the way you go about trying to make things clearer and more transparent.

And that is just the administrative side. For the providers who have already done the calculations it appears the new set of arrangements is also likely to result in a significant drop in prices for some groups.

This might have an upside (fewer tired old outings to shopping centres or bowling alleys). But there are also some great innovative things that are currently being done in groups.

So stay tuned. We will be keeping a close eye on this one.

At first glance many of the prices appear to have actually gone down. Not up. But don’t be fooled – this is just because the 10% COVID price increases introduced earlier in the year will end on July 1. 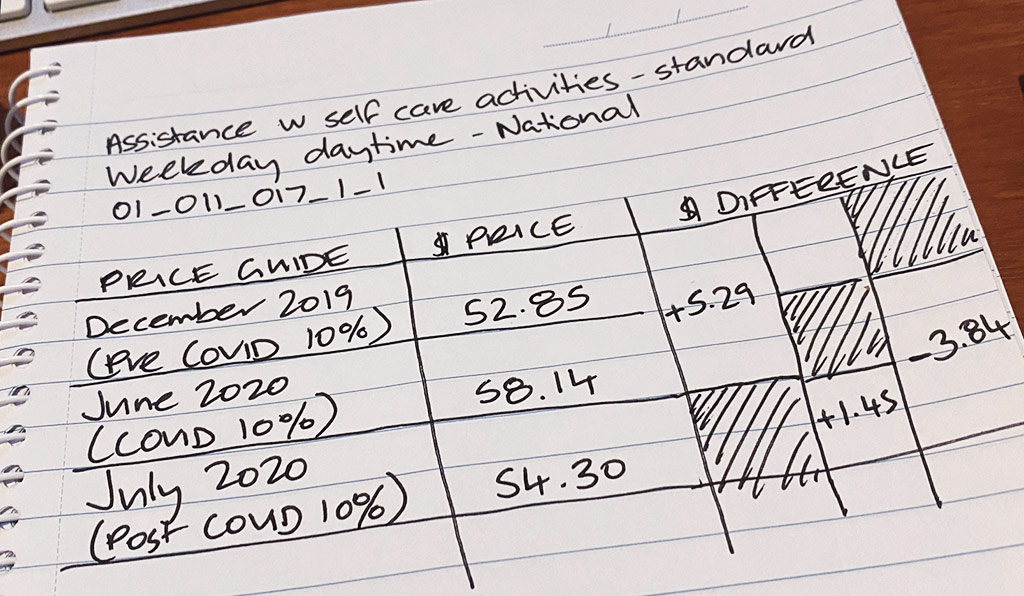 Even the therapy prices have dropped. One hour of speech therapy under the COVID price guide was $213.39. In this guide it has dropped to $193.99.

But when you take the COVID loading out of the equation (it ends on July 1) there has actually been just a small increase.

The rate for one hour of speech therapy has not changed. Before the COVID loading it was $193.99. It stays the same in this new guide.

The price of plan management and support coordination has increased but only by a very small amount. Which we assume will be bad news for those small independent organisations trying to give the big providers a run for their money.

There is also new Assistive Technology and Consumables Code Guide. This new guide lists the most commonly used supports and puts them all in one place. We are still working our way through this one.

We’d be keen to hear from you about how you find it – useful change? Or yet another wad of paper clogging up your kitchen bench?

And one last thing …

Don’t forget – two of the changes made to the NDIS as a result of the Coronavirus pandemic will now stop.

As we have already said, the extra 10% added to some NDIS prices at the beginning of the pandemic will now be removed.

And the 10 day cancellation policy – which allowed providers to charge 100 per cent of a fee if the service was cancelled less 10 days in advance – will also stop. It will now go back to two business days.

Both of these changes will end on June 30.

Plenty of people who filled in our survey recently found these changes pretty tough and will be happy to see them go.

Some of the other changes – like the extra flexibility and the ability to buy low cost assistive technology like smart devices and tablets – will remain. But just for now.

The NDIA say they are reviewing those things at the moment and will make some decisions in the coming months. Which is a good reason for us to all speak up and say what we would like to keep and what we would be happy to see go.

There’s nothing like dropping a price guide after 5pm on a Friday night to keep us all on our toes. We are still working through all the detail – feel free to drop us a comment or an email and let us know what you think.

You can find a copy of the new support catalogue on the pricing page on the NDIS website.

You can read the news item on the NDIS website.

And you can find a copy of the AT and Consumables guide on the providing assistive technology page on the NDIS website.

You can read our take on the draft guide – NDIS prices: the good the bad and the ugly