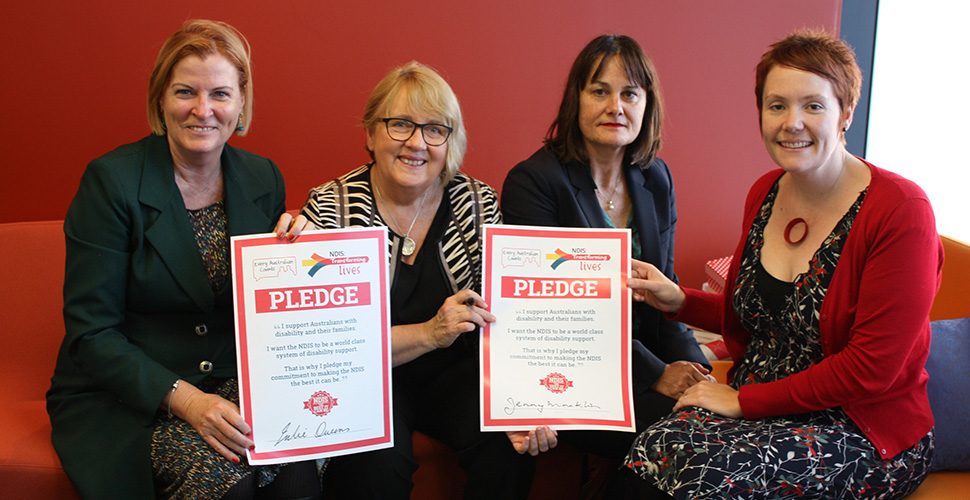 Every Australian Counts supporters have asked every candidate in every one of the 150 federal electorates to pledge to make the NDIS the best it can be ahead of next week’s election.

In the past two weeks people with disability and their supporters have contacted every local candidate in seats from Cook in Far North Queensland to Lyons on the Southern tip of Tasmania, from O’Connell in remote Western Australia to the PM’s own Sydney seat of Wentworth asking them to take the Every Australian Counts Pledge before 2 July.

We’ve posted every pledge on the Every Australian Counts Election Gallery to help people with disability, their families and carers decide which local candidates they think will best represent them after the election.

With just 10 days to go until polling day it’s time to remind candidates who haven’t signed the pledge how important the NDIS is to people with disability and their supporters.

You can do that by:

The NDIS roll out begins in many areas of Australian on 1 July.