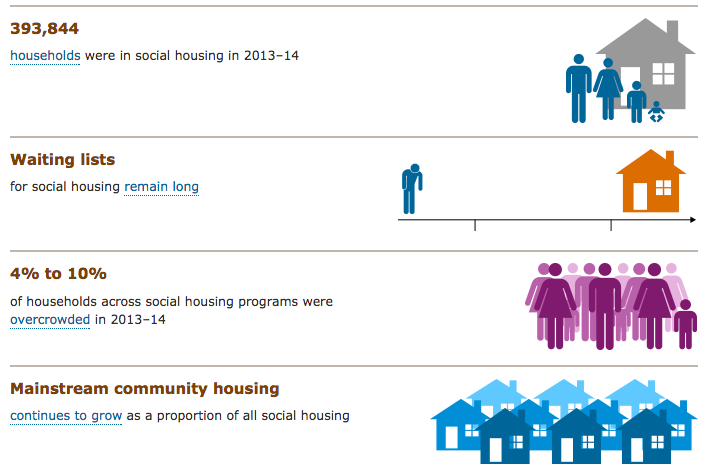 The Australian Institute of Health and Welfare has released a new snapshot of the community and social housing sector. It shows that 46% of public rental housing allocations that were classified as in greatest need spent more than 2 years on a waiting list.

Around three-quarters (74%) of the newly-allocated social housing in 2013-14 went to households in greatest need.

“Households in greatest need are highly vulnerable groups such as people experiencing or at imminent risk of homelessness, households where there is a member with a disability, or the main tenant is aged either under 25, or is 75 or older, or where the household has one or more Indigenous members,”AIHW spokesperson Geoff Neideck said.