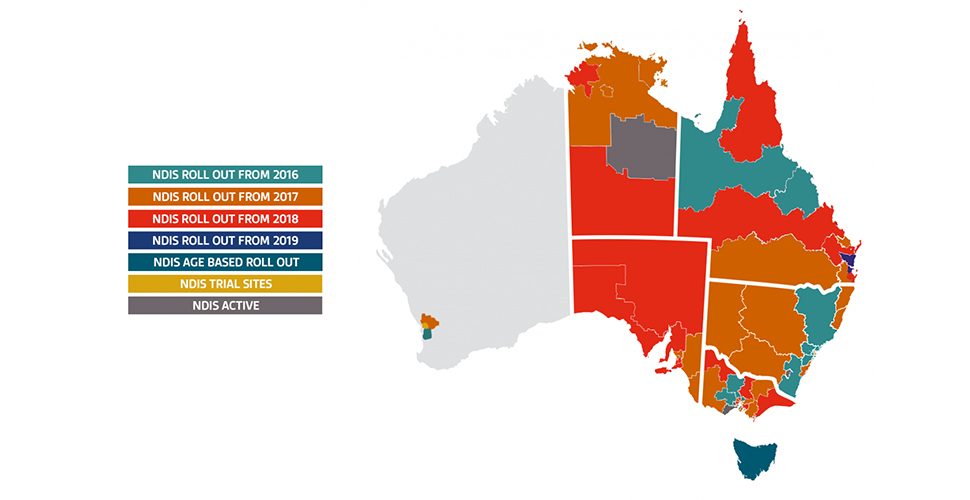 The NDIS roll out is continuing in 2017, with four new regions across the country and two new age groups in South Australia and Tasmania entering the NDIS from 1 January.

The NDIS began to roll out in the Toowoomba region in Queensland, Central Highlands in Victoria and East Arnhem in the Northern Territory, where the first intake of NDIS participants will occur following the trial in the Barkly region.

In Western Australia, the Perth Hills trial site will also expand to include residents in the local government areas of Bayswater, Bassendean, Chittering, Toodyay, York and Northam.

In South Australia and Tasmania, where the NDIS is being rolled out by age group, the Scheme will grow to include people aged 15 to 18 and 25 to 28 respectively.

These new roll out areas and age groups include:

If you live in these new areas and have not yet been contacted by the NDIA or think you may be eligible you can contact the NDIA.