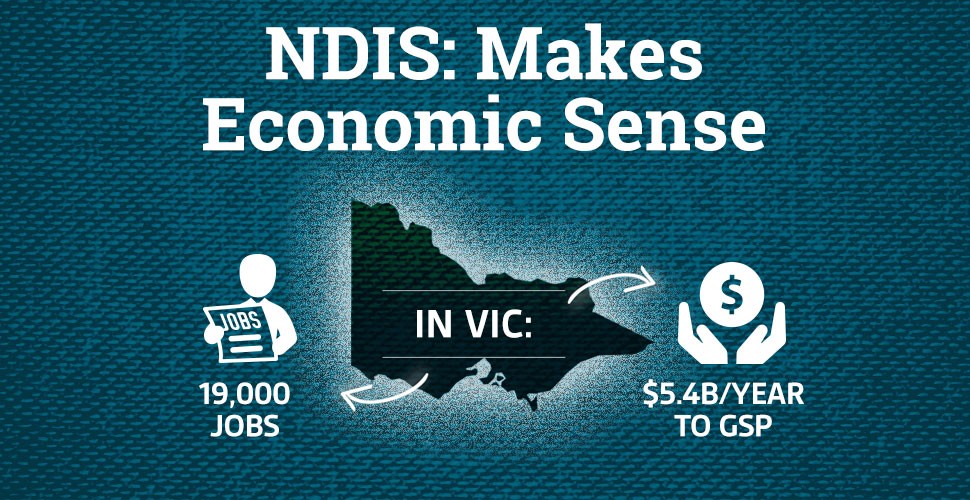 The NDIS will not only transform lives for people with disability but it will also deliver an economic boost for all Victorians – creating thousands of jobs and adding billions to the state’s economy.

We’ve modelled results from the biggest ever Australian Bureau of Statistics survey of people with disability and their carers to quantify exactly how the NDIS will benefit Victorians.

The report released today shows that in Victoria alone, the NDIS will:

Those results show yet again that with the right support many thousands of carers and people with disability will be able to find meaningful work.

Every Australian Counts Campaign Director John Della Bosca said the new data shows the NDIS is far from being a budget blowout. Not only is it on budget, its potential economic benefits are huge.

“The NDIS is a socially and economically responsible scheme. It’s long been touted as the scheme whose time is now and it’s exciting to see the realities of the NDIS changing lives across Australia,” he said.

“The NDIS is a mammoth social change for Australia, one that we need to have. What’s so encouraging about this report is that it shows how financially smart the NDIS is too.”

The ABS data shows that when the NDIS is fully implemented it will add up to $22 billion to Australia’s national Gross Domestic Product.

Our team is busy analysing the results for each state and territory. You can read about the economic benefits for NSW here, and keep an eye on the Every Australian Counts website as the rest of the data from the rest of Australia comes in.