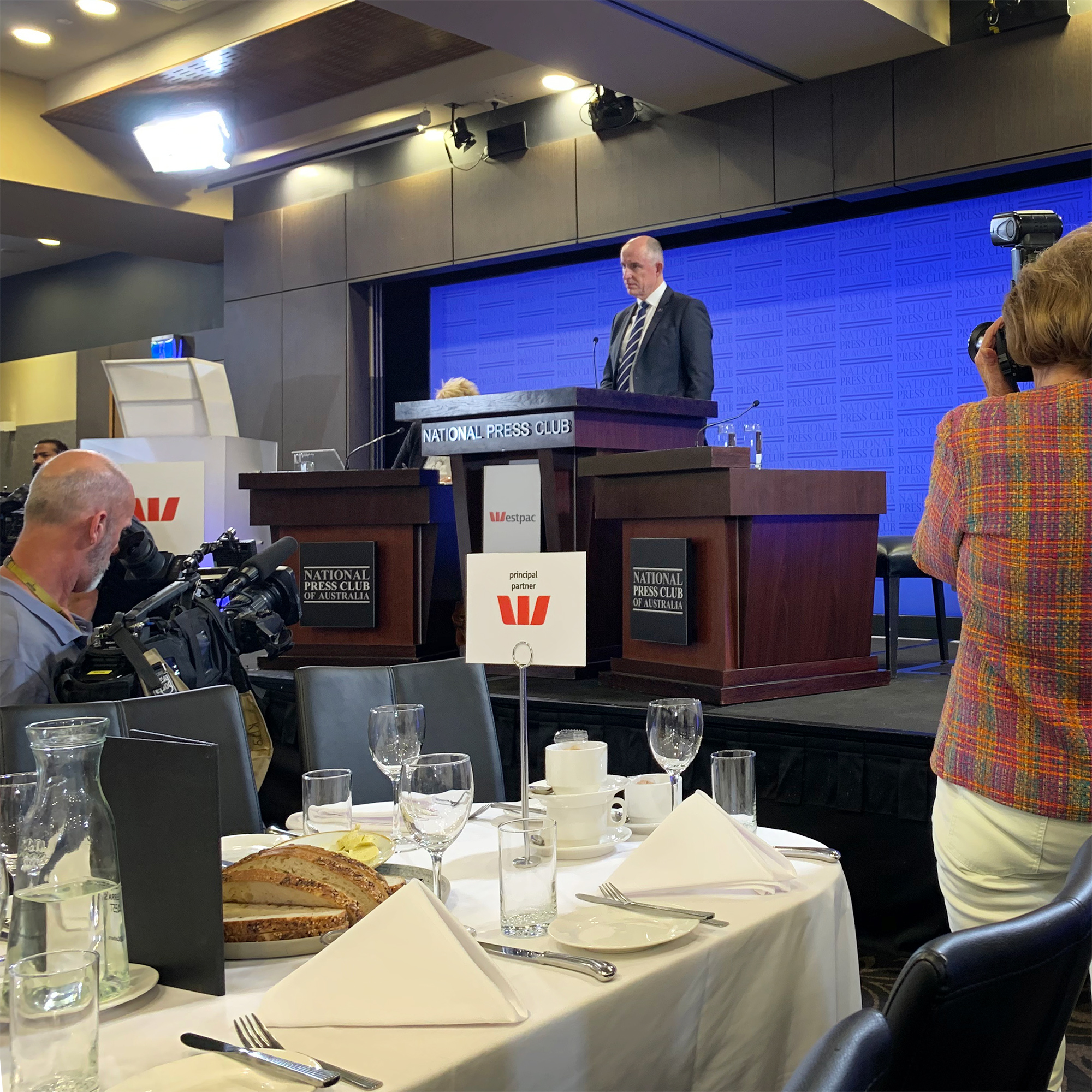 For the past few months Minister for the NDIS Stuart Robert has been out and about telling everyone that he had come up with plan to fix ongoing issues with the NDIS. Well yesterday we got a first look at that plan during a speech to the National Press Club in Canberra.

So what did the Minister say?

To be honest the speech and the plan contained a lot of NDIS jargon and gobbledegook like “seamless integration” and “embedding principles” and “innovative and seamless ICT experience”. All we can say is … arrgghhh. Some things just never change.

But hidden amongst all that consultant speak were some real gems. Things that we have all been calling for (read: yelling) for a really long time.

From July next year people will be able to use their funding more flexibly – including moving between core and capacity building.

Next year the NDIA will begin rolling out independent assessments for people applying for access to the NDIS. These assessments will be paid for by the NDIA. This is important because up until now people had to pay for their own assessments – or wait for really long times on public waiting lists.

From April next year the NDIA will roll out what they are calling joint planning. This is a fancy term for a three-way meeting between a Local Area Coordinator, a planner and a participant. And at that meeting people will be able to see a draft of their plan before it is approved.

As part of the Participant Service Guarantee to be introduced next year, participants will be able to make small changes to their plan without triggering a full-blown review.

These are all things everyone here has been fighting for. And while we all know they are just common sense and should have been done absolutely aagggeees ago, let’s just stop and do a quiet little happy dance in the corner that we have got there in the end.

So that’s the good news. What about the rest?

There was some other good stuff. Wait times for kids have come down in recent months and should come down even further by the end of the year.

The NDIA have also been trying to get through the backlog of approvals for assistive technology and home modifications. In the last few months they have halved the waiting list. That sounds really great – until you hear that there are still 5000 approvals still waiting in the system. That’s a lot of folks waiting for equipment they desperately need.

The Minister also said he would be making further changes to Specialist Disability Accommodation, particularly to allow participants to live with partners, family or housemates. Again absolutely appalling that this was ever a thing but glad to see it finally happen. 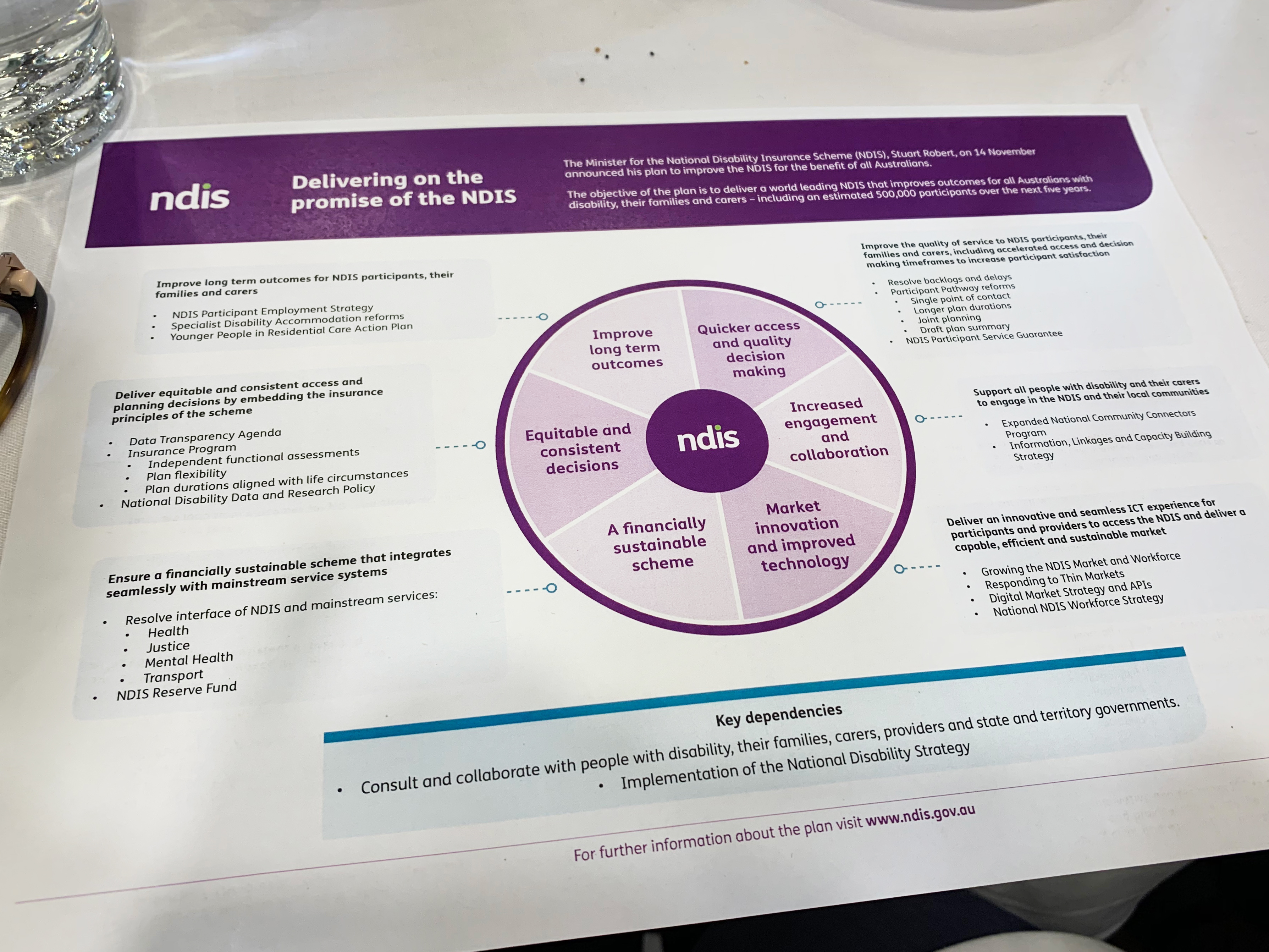 📷 An NDIS infographic handed out at the Press Club – now on the NDIS website.

The first and most important takeaway from yesterday is that we ARE making a difference. We are speaking up about what we want to see change and it is getting results. So many of the things on this list are things we have all been calling for. And we are really starting to get somewhere.

But … it is all about what comes next. The devil, as they say, is always in the detail.

For example, how will they do joint planning when there is a cap on the number of staff they can employ? And what about their training? What is happening with that?

How will the independent assessments work? Who will do them? What will happen if you don’t agree?

And why is fixing the transport schmozzle taking so long?

We know all the details haven’t been worked out yet. But that is a good thing. If everything isn’t set in concrete yet we still have a chance to make sure these important changes are rolled out in a way that works for us – the people who matter most.

So we took another step today – and that is great. But we have to keep going. We have to keep the pressure on so that these announcements turn into actions that make a difference on the ground.

We have to get those gobbledegook words off the page and into some real action.

And just a quick but important PS. While this was all going on at the Press Club, up at Parliament House the government very quietly passed the NDIS Streamlined Governance Bill through the Senate (with the help of the crossbench). This Bill gives the Minister much more power than he had before to hire and fire people off the NDIA Board and the Independent Advisory Council. Many people with disability, families and the organisations that represent them have been really worried about this bill – there has not been much chance to have a good hard look and a think about what the changes might mean for us. And it got rushed through in a VERY big hurry. That’s never a good thing. We certainly expect better when it comes to changing the NDIS legislation next year.

And just once more for those up the back. There is no way the #NDIS could ever be considered a demand driven system. There are too many gates, hoops, loopholes, potholes, booby traps, dead-end mazes and endless miles of red tape for it ever to be considered to be demand driven. https://t.co/CacxANUfN0