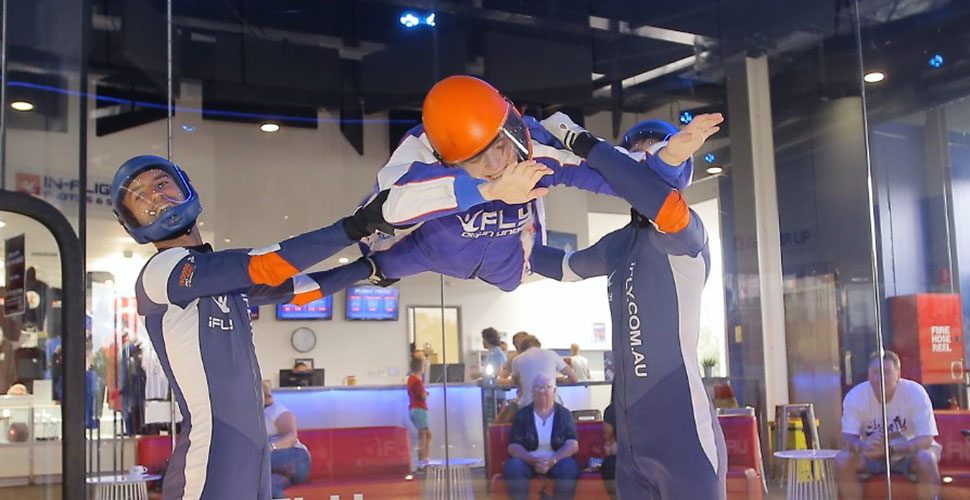 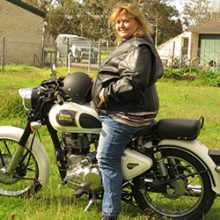 When I set out on the path of planning for my daughter’s migration to the NDIS I was determined that there would be nothing special about her supports, her equipment or her life.

For many years people referred to my daughter as ‘special’ and everything about her was ‘special’. She had special needs. Went to a special school. Attended a ‘special’ day program. Got involved in ‘special’ activities. Her whole life was ‘special’.

I soon realised that ‘special’ translates to ‘less than’.

So in the pursuit of a non-special life for my daughter I have had some huge challenges in breaking down and challenging how others perceive my daughter. Support workers who think of her as special and treat her like she is special have been weeded out. Day programme wished to continue along the ‘special’ path so we parted ways with the day programme.

We had to find a way she could communicate. Very occasionally my daughter will say a whole sentence but not often enough for this to work as her sole means of communication. She has a visual impairment that means any communication system that relies on her vision is not going to work. She does not have consistent control over her movements so things that require her to touch buttons etc don’t work, and large single statement switches are too cumbersome and too limited to be useful. The Anne McDonald Centre in Victoria got us sorted with an iPad and the Tap Speak Sequence App which with a swipe of the screen speaks out items one after the other until she hears what she wants and stops swiping. Her iPad is the only way she can consistently have an option to communicate (when she wants to).

It wasn’t easy and we certainly had a huge “Oh goodness! What now?” period of time but soon realised that for the same funding she could have X number of hours at a day program or Y number of hours doing ordinary things one to one with a support worker. Yes it meant less hours but it meant that the hours she was supported were full of meaningful activities for her.

We struggled getting our heads around the concepts and intention of the NDIS, even though these same concepts were exactly what we were aiming for it just seemed hard to start actually being able to plan for an ordinary life.

Like all young, and some of us older, adults learning to make choices and take control of their life my daughter changes her mind, sometimes refuses to decide on something, postpones her decisions, and at times this can be frustrating for those around her – in just the same way it is frustrating when other young (and older) adults do these things.

Sometimes she spends the day lazing around the house listening to books or music, or being involved in family activities or conversation, or having a bit of a pamper day, sometimes she is involved in cooking or cleaning, and other days she goes out to lunch or to the movies, or window shopping. Occasionally she does a super adventurous activity like when she went to IFly.

Like all of us she has her personal budget that she is taking control of and sometimes she gets it wrong, spends too much in the first week and has no money the second week. Sometimes she spends very little for a few weeks to save for something special.

Handling cash is not something she has been able to master so we are off to the bank this week to get her a keycard with paywave features so she just has to wave the card to pay – you know, the same way many other adults pay for things these days! I tried once before to get her, her own keycard for her own bank account but the bank insisted that unless she could enter a pin number and sign her name they could not issue her with a keycard. This week I feel strong enough to war with the bank and do a huge song and dance about human rights, discrimination and whatever, if necessary, so this week we will get that paywave card, because that is something she can do. She can pay for things the way other adults do.

So with support my daughter is now very non-special. She is doing ordinary things in an ordinary way and like all ordinary people she is making ‘mistakes’ (who gets to judge what is a mistake and what is not) and getting it right and learning along the way.

While we started our journey of creating an ordinary life before the NDIS we can say that now she has the NDIS funding she can have more of that ordinary life! NDIS has provided the funds for more hours of one on one support.

It takes a while to get your head around this ordinary life thing. I think for us parents it is even harder because we kind of got shoved away from the ‘ordinary life’ idea by the medical world and had to learn new ways of thinking, new terminology and accept our kid is ‘special’ with ‘special needs’ and now, along comes the NDIS and says in effect. “Nothing special here!”

And while we have been busy trying to get used to the ‘specialness’ our kids have been busting their boilers to just have an ordinary life. Now they can.

You can and will get there!

Here’s to an ordinary life for us all.