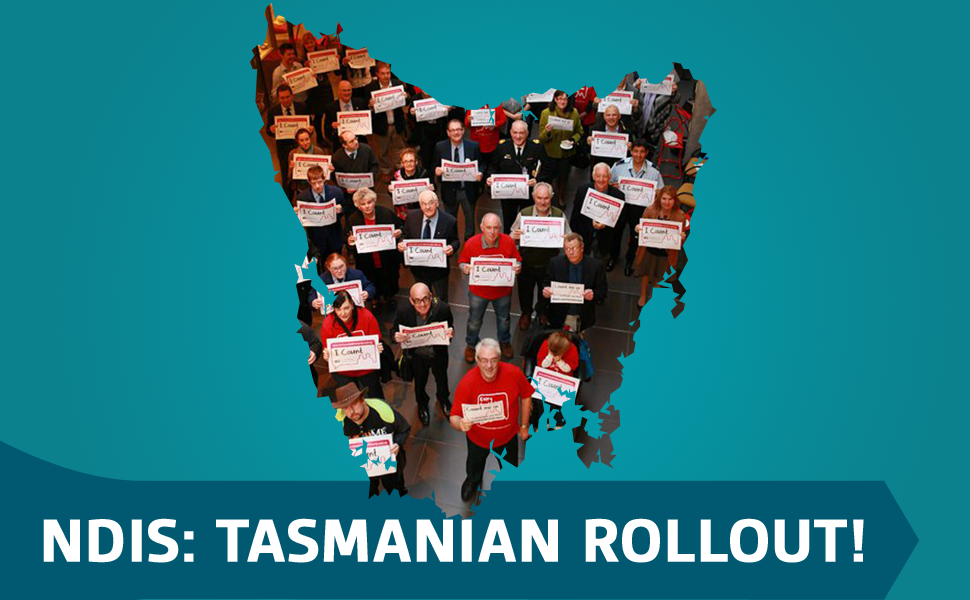 More than 10,000 Tasmanians will have access to the NDIS, with Tassie the next state to announce full roll out plans – right on International Day of People with Disability.

From 1 July 2016, eligible people with disability in Tasmania will start entering the NDIS with the full roll out complete by 2019.

The number of Tasmanians in the NDIS will roughly double every year of the roll out – that’s about 10,500 people.

When is it coming to me?

You can read more detail, and download the NDIA’s participant’s information here.

A staged and aged based approach

Tasmania’s Human Services Minister Jacqui Petrusma told ABC Hobart that a staggered aged based roll out will allow the disability sector to gear up for the changes.

The Tasmania Government has committed to funding 60 per cent with the Federal Government contributing the rest.

“In July 2019 it will be $232 million that the State Government will be putting in; over the next three years it’s about $320 million that will be invested into the scheme,” the Minister said.

People who will not be eligible for NDIS support in the first roll out stages will keep receiving support from existing services.

This is great news!

Thank you Tasmania. It’s time for the remaining states to do the same.

Sign our Every Australian Counts petition to show how much it means to thousands of Australians with disability to know when the NDIS is coming to them.