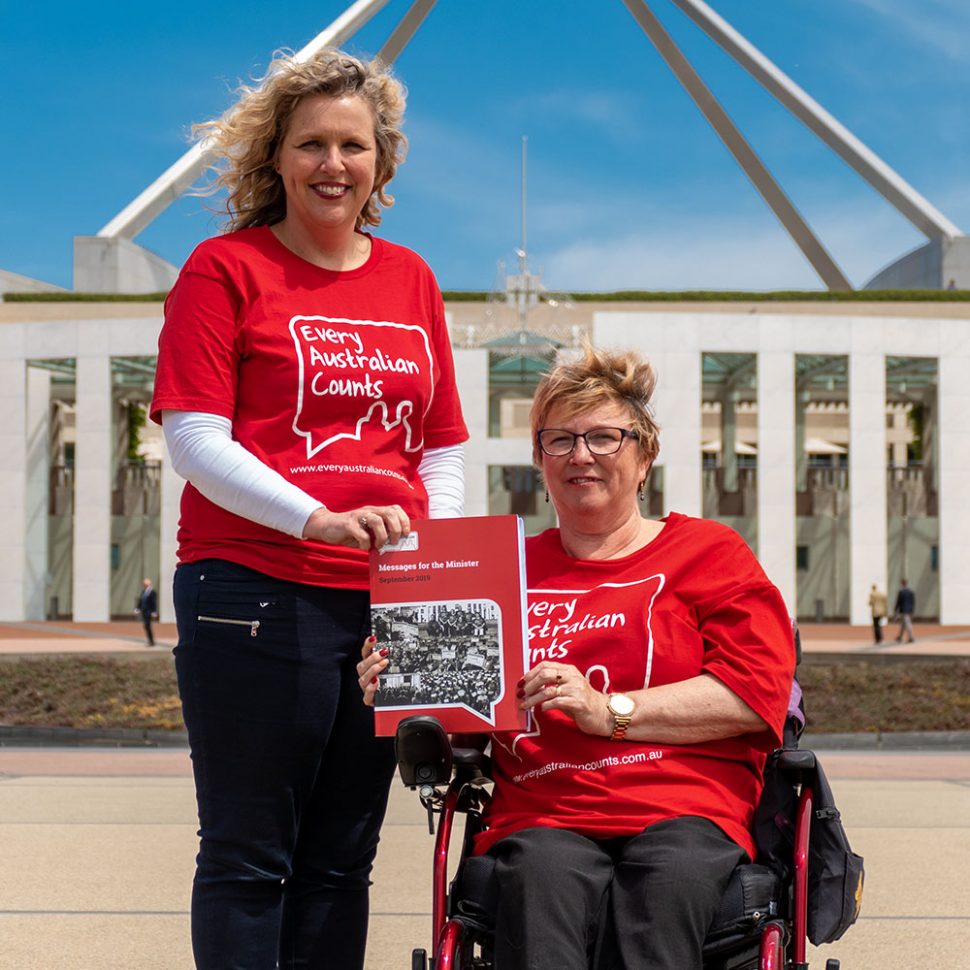 When the government announced recently that the NDIS was underspent last year by a whopping $4.6 billion, a shockwave of anger and frustration ran through people with disability and their families.

As everyone here knows all too well, the NDIS underspend is a direct result of problems with the way the scheme is being rolled out.

People waiting for access, waiting for funding, waiting for equipment or simply unable to make their way through the maze that is the NDIS to get what they need.

And as everyone here also knows, that money is desperately needed by people and families who need support.

In the week that followed the announcement, Every Australian Counts was flooded with messages from people all across the country with heartbreaking stories of delays, cuts and problems.

In fact more than 1000 messages from people who wanted our pollies to know just how the underspend affects them – and how they feel about it.

We promised every single one of those people who wrote to us that we would pass their stories on to the people in Canberra who really need to hear them. Every. Single. One.

So yesterday Campaign Director Kirsten Deane and EAC Champion Lynne Foreman hit the halls of Parliament House to deliver on that promise.

Lynne and Kirsten met with Shadow Minister for the NDIS Bill Shorten and Greens Spokesperson on Disability Senator Jordon Steele-John. 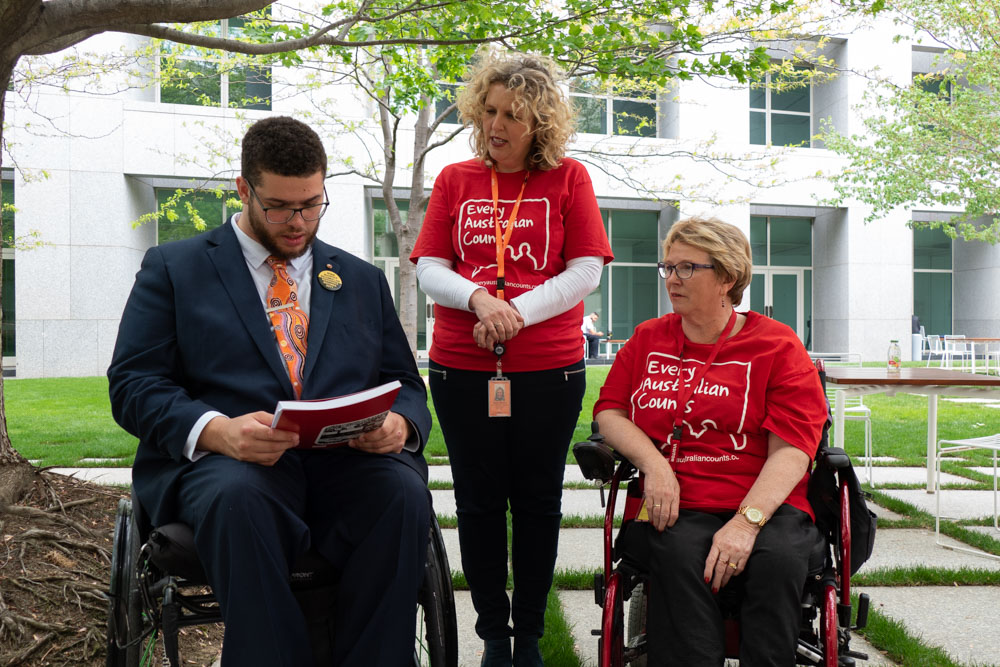 📷 Senator Jordon Steele-John looks through the messages sent in by Every Australian Counts supporters, handed over by Kirsten and Lynne at Parliament House. 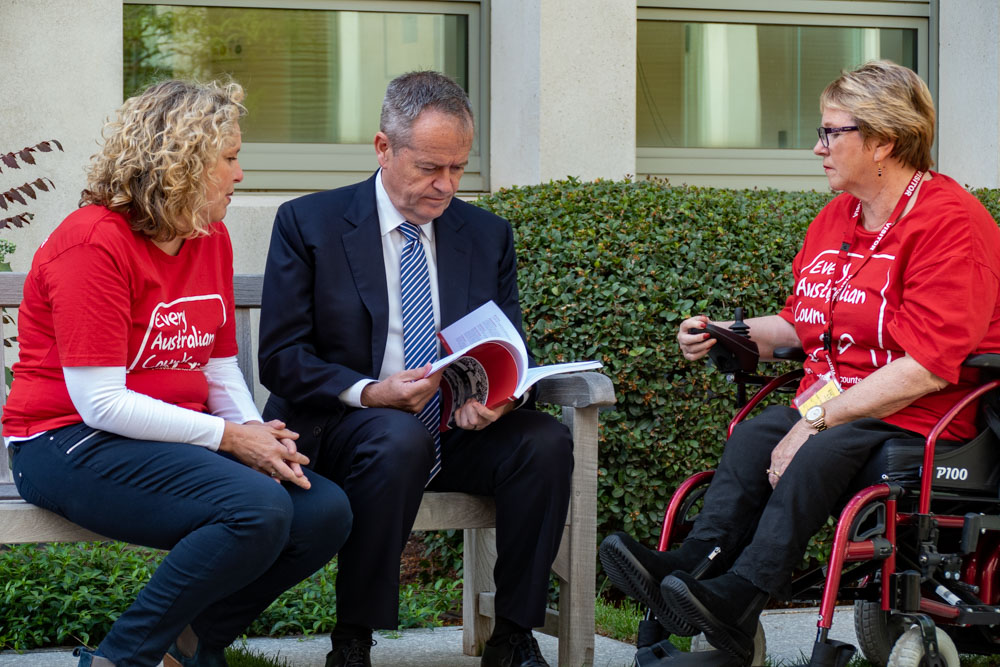 📷 Shadow Minister for the NDIS Bill Shorten MP looks through the NDIS messages send in by EAC supporters after Kirsten and Lynne passed them along at Parliament House.

Unfortunately the Minister for NDIS Stuart Robert found himself too busy to meet (maybe he was busy sorting out problems with the NDIS?).

But he couldn’t get away that easily – Kirsten and Lynne delivered your messages by hand to his office to make sure he got them.

We want to say a BIG thank you to everyone who wrote to us. Your stories were heartbreaking to read – but our pollies need to hear about what is really happening on the ground so they understand what’s not working and what needs to change.

And we want to make yet another promise to you.

But we just want you to know we are on your team and we are not giving up.

We are not going to stop until the NDIS is working for everyone who needs it. 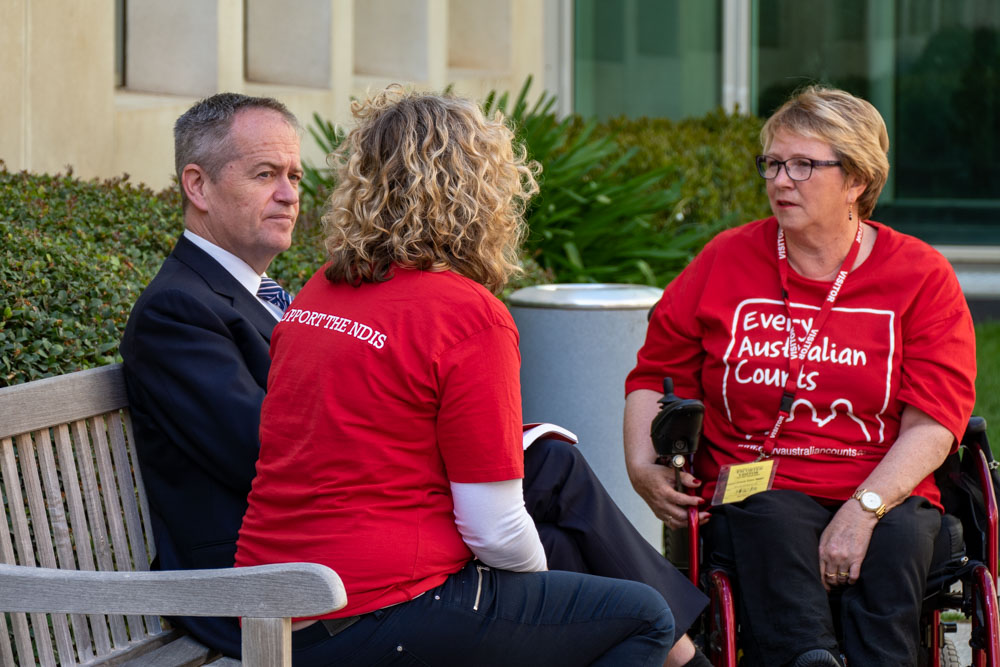 📷 NDIS Shadow Minister Bill Shorten hears about the stories sent in by Every Australian Counts supporters. 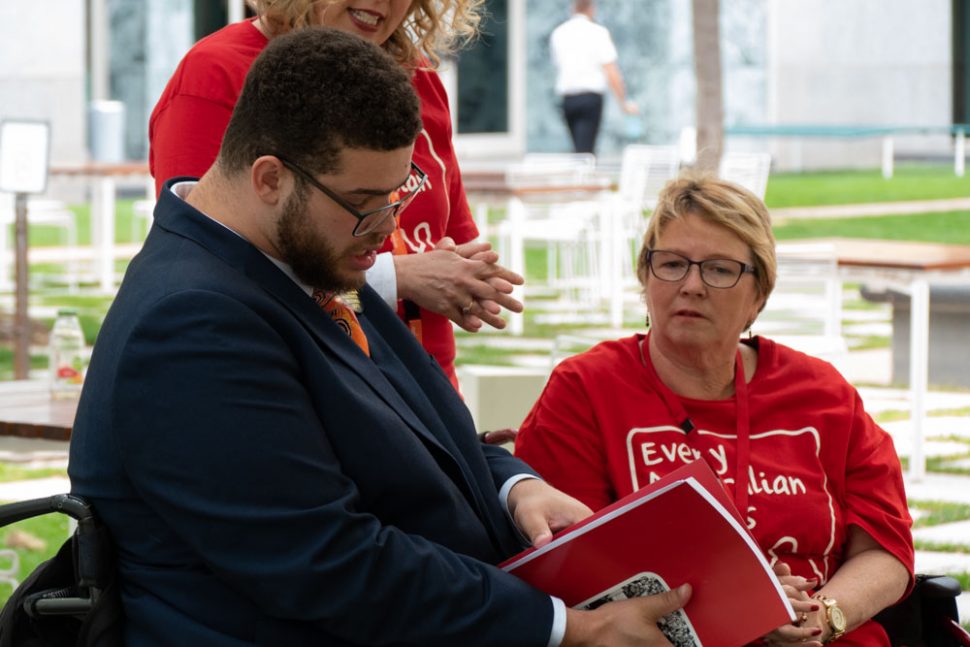 📷 Greens Disability Spokesperson Jordon Steele-John flicks through some of the stories sent in by Every Australian Counts supporters over the last few weeks.

If you want to read more:

So what’s the real story behind the NDIS underspend?