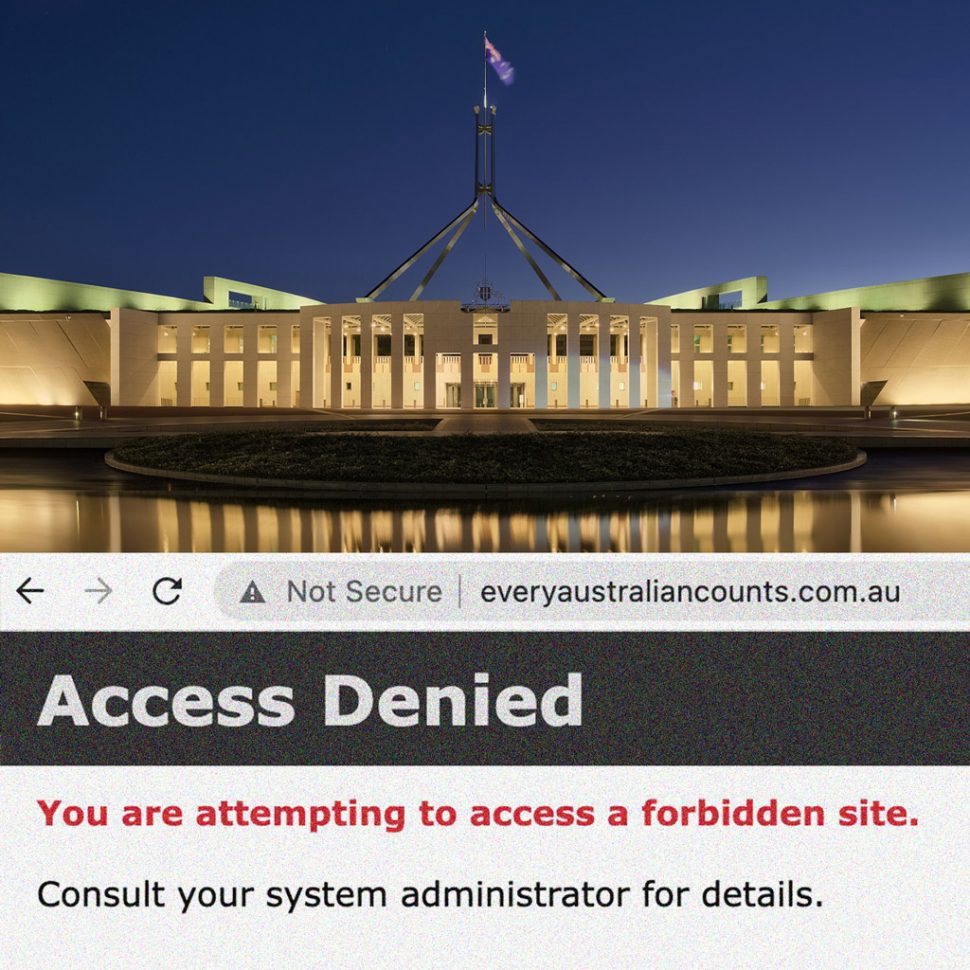 We have heard again that this website is only working from the Parliament House wifi sometimes.

And we have also heard that only some of the emails you have been sending are making it all the way through the Parliament House system to get to the Senators.

These issues are still being investigated.

More than 450,000 emails in total have been sent to the Senators by thousands of you – asking them to vote against harmful changes to the NDIS Act and Rules. But we still don’t know how many made it to the other side. We think a lot, probably – today is the last sitting day and the NDIS Bill is not on the schedule.

We will continue to do everything we can to find out what happened and get it fixed. We will keep you posted.

We have discovered today that our emails to Senators are not getting through. We are urgently trying to find out what has happened. Will will report back as soon as we know more.

We sincerely hope this is a technical problem, and that our emails have not been blocked.

This follows over 400,000 emails being sent to Senators urging them to oppose the extensions of powers to the Minister and NDIA CEO.

We have heard the website appears to be working from computers that are physically plugged into the network. But devices like laptops, mobiles, and tablets using the wifi network can not get through.

We are waiting to find out why, and when access will be restored.

Every Australian Counts (EAC) is a grassroots campaign made up of people with disability, families and our supporters. EAC helps our community learn about the NDIS and changes to it.

It helps people on the ground share their thoughts and experiences with decision-makers, like the people working at Parliament House today. And it makes it easier for politicians and other decision-makers to understand what’s really happening, and why their actions matter.

Especially during such an important moment between our community and elected representatives.