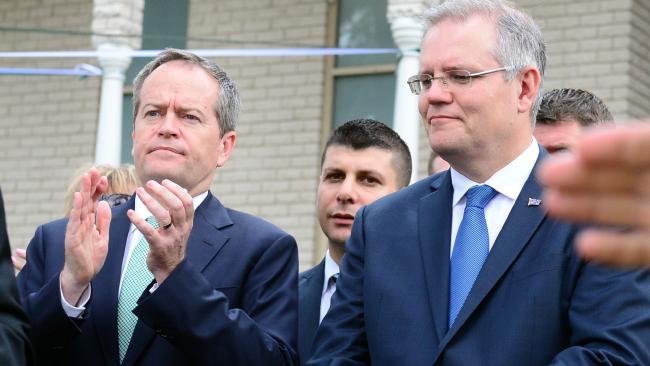 The good news is this week both major parties have argued for fully funding the NDIS. The bad news is they aren’t agreeing on how. Here’s a run down.

On Tuesday night the Treasurer proposed a way to fully fund the NDIS into the future. That announcement was met with great support from the disability community.

Last night in his Budget response, Opposition Leader Bill Shorten said he would support the Government’s proposal to increase the Medicare Levy by 0.5% – but only for people earning more than $87,000 a year.

Mr Shorten said Labor remains absolutely committed to fully funding the NDIS but it’s not fair to ask lower income earners to pay for another increase in the Medicare Levy to fund the NDIS when they are already financially stretched.

The Opposition says its proposal – to raise the Medicare Levy for the top two income brackets only and make the 2% budget repair levy for high income earners permanent – would raise $4.5 billion more for the NDIS over 10 years than the Government’s plan.

Here’s what he told the ABC this morning.

The Government argues that an across the board increase to the Medicare Levy is fair because the “more you earn the more you pay”, and all Australians can be affected by disability.

In an interview with the Australian Financial Review last night, Mr Morrison said:

“Australians have big hearts” and would not object to paying the extra levy at all income levels for what he said was an insurance policy for everyone.

“I really don’t want to have a political fight about the funding of the NDIS. There’s plenty of other things we can disagree on, please, can we please agree and meet in the middle?”

The Greens and the Nick Xenophon Team support Labor’s proposal. The government cannot pass the Medicare Levy increase through the Senate without their support. This will become a debate in coming weeks.

What does Every Australian Counts think?

The great news is that both parties have very clearly committed to fully funding the NDIS.

Budgets change when Governments change, but bipartisanship around the NDIS must continue.

Every Australian Counts Campaign Director, John Della Bosca, said the campaign for the NDIS had united all Australians and all political parties.

“I call on Labor and the minor parties not to compromise that bipartisanship,” he said.

“Every Australian Counts has campaigned for a fully funded NDIS from the very beginning. The accounting measures for achieving that aren’t important.