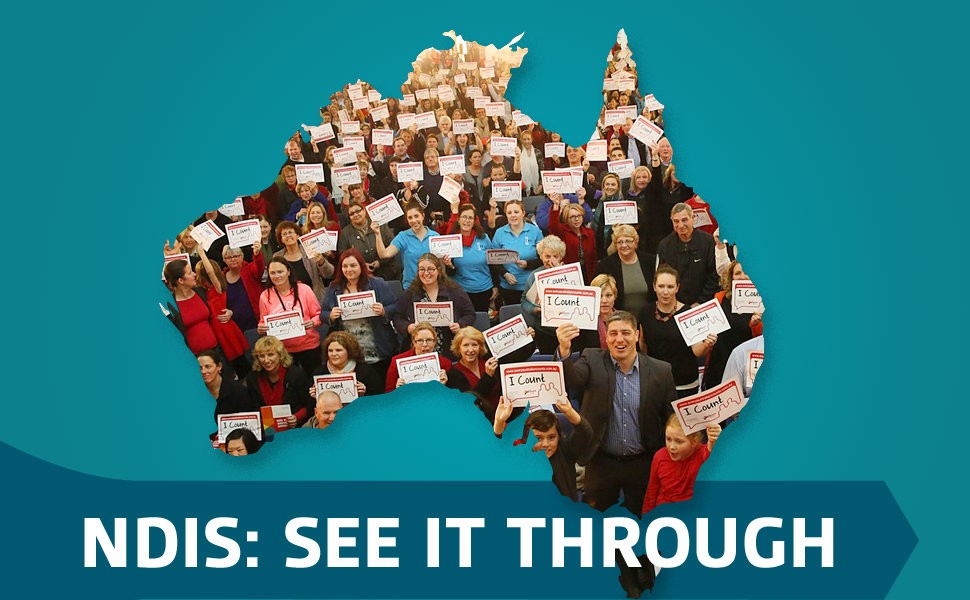 Today Every Australian Counts supporters emailed the disability minister in their state or territory to ask when the NDIS would be coming to them.

Governments around the country promised to release their NDIS roll out plans by the end of August. But by the second week in September, despite rumors of their imminent release, thousands of people with disability and their families were still waiting.

These plans need to be released so people with disability, their families and carers can have some certainty about when it will be their turn to benefit from the NDIS.

The news from the NDIS trial sites about how lives are being transformed is exciting. But for those outside the trial sites, the wait is hard. People are still struggling under a system which was described by the Productivity Commission back in 2010 as underfunded, unfair, fragmented, and inefficient.

People with disability have waited a long time for adequate support that offers choice and control. That’s why today Every Australian Counts supporters have responded to the call to email their disability minister and ask them to release the NDIS roll out plans. They just need to know when it will be their turn.

The letter to Ministers reads:

People with disability and their families and carers are eagerly waiting for the roll out of the NDIS.

We can see it is transforming lives in the trial sites and we are excited about the possibilities ahead.

We have waited a very long time for adequate support for people with disability which provides choice and control and is properly funded to meet their needs. The NDIS roll out plan will finally offer some certainty and make the long wait for better support more bearable.

Your government, and governments around the country, committed to release the NDIS roll out plan by the end of last month. Thousands of people with disability and their families are standing by – eager to know when they can access the new system.

We can see a brighter future but it can’t come fast enough.

I ask you to urgently release your roll out plan and see it through. We have waited long enough.

Australian’s with disability and their supporters now wait for the response – to see if the nation’s governments will see it through.