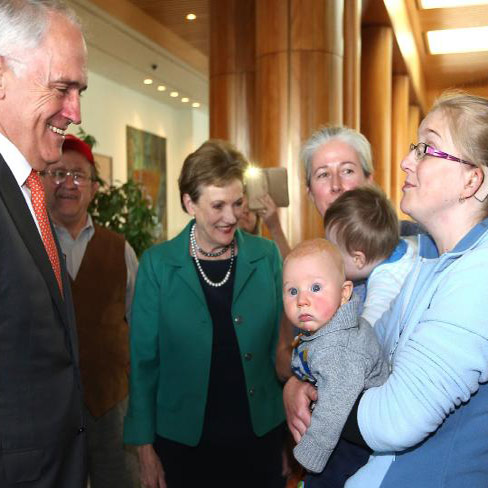 The Prime Minster Malcolm Turnbull, Minister for Social Services Christian Porter, and WA Disability Services Minister Stephen Dawson announced today that the NDIS will start rolling out across regions in WA from July 1 next year.

“People with disability, their families and advocates from across WA have fought long and hard to be included in the NDIS. Today’s announcement provides the certainty they deserve and this victory belongs to them,” said Kirsten Deane, Campaign Director of Every Australian Counts.

Today’s announcement ended months of uncertainty for people with disability and their families in WA who did not know if the new state government would honor the previous government’s agreement or hammer out one of their own.

The NDIA will assume responsibility for rolling out the scheme by region from July 1 next year. Roll out will be complete by 2020.

Western Australians with disability who currently receive support through WA programs or Commonwealth programs should continue receiving support until they move into the NDIS. People who have been part of the WA NDIS trial will move across to the national scheme between April and December 2018.

“A state-operated NDIS simply could not match the capacity and resourcing that can be achieved by being part of a truly national scheme. Western Australians with disability need and deserve that certainty,” said Disability Services Minister Stephen Dawson.

“We will share the learning gained from our local approach to support the continuous improvement of the NDIS into the future, for the benefit of all Australians”.

So welcome WA – it’s great to finally have you on board!