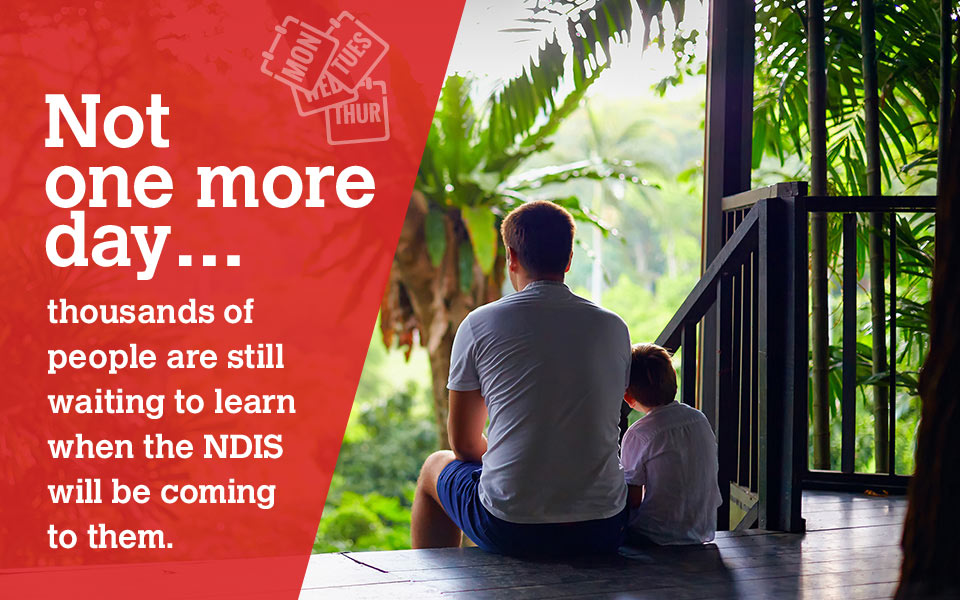 On International Day of People with Disability we’re reminding governments just how important the NDIS is to the many thousands of people still waiting to find out when it will come to them. People like the Klopf family from Adelaide…

Samuel Klopf is eight. He’s in Year 2 and he has a hearing impairment. He’s the only student at his school who wears a hearing aid and he finds that tough. He also has problems with speech related to his hearing loss. 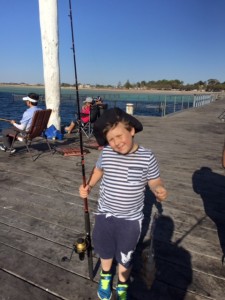 Meet Samuel Klopf. He’s one of thousands of Australians waiting to hear when the NDIS will come to them.

Samuel has a peer support group of other children with hearing impairment, which is run through Cora Barclay.

Samuel’s mum, Carolyn, says her son desperately needs to see a psychologist because of social and behavioural issues related to his hearing loss and speech difficulties.

“We really need the NDIS to help give us that support, and to take over funding for speech therapy because at the moment we’re relying on the generosity of Cora Barclay and we just don’t know how long they can afford to help.”

Carolyn and her husband Paul have been waiting all year to hear if and when Samuel can be part of the NDIS. They’re one of thousands of families in South Australia still waiting to hear when the NDIS will come to them.

The Klopfs have just received a letter saying Samuel is eligible for the NDIS, but the first meeting won’t take place until after June 2016.

Carolyn’s biggest concern as a mum, is that at eight Samuel is growing up quickly and issues such as speech need to be worked on as early as possible so he doesn’t fall too far behind at school and he can have the opportunity for the career and life he dreams of – just like his classmates.

“These issues can be fixed for Samuel but it needs to be done before it’s too late,” she says.

“It would just make the world of difference knowing we will get help and knowing what supports the NDIS can provide him with.

“The wait is just really frustrating, and a huge weight on our minds.”

It’s almost three months since we celebrated the signing of the NDIS roll out plans in NSW and Victoria. People in those states have certainty. They can start to make plans.

In the rest of Australia families like Samuel’s are still waiting.

Every Australian Counts has launched an online petition to call for the urgent release of the remaining bilateral agreements detailing the roll out of the NDIS around Australia.