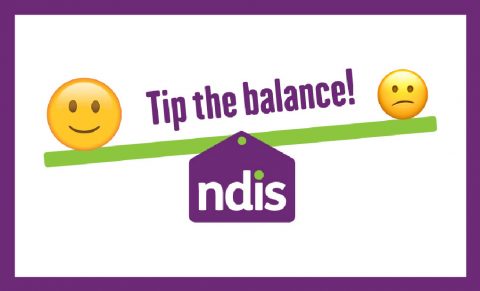 When People with Disabilities apply for a review the reviewer does not involve participants in all decision making processes if the reviewer at the NDIA involved participants, consulted, liaised and asked participants for their views before making a decision the decision would be supported and this is known as supported decision making. This would mean that the reviewer and the participant would be able to come to an agreement together instead of the participant having to take the case/matter to the Administrative Appeals Tribunal. The NDIS needs to fund other things that ADHC previously funded like IPADS, Education etc as there are currently gaps between mainstream services and the NDIS. The state, federal and territory governments say that they are not responsible and the department of industry, education and private providers do not have the money to support people with disabilities to study. Without the NDIS funding education people with disabilities will not be able to fully participate like everyone else and will not be able to achieve accredited qualifications. The NDIS was meant to be more flexible and give people greater voice, choice and control not less or no voice, choice and control. Where is the voice, choice and control? The reason so many people are sending money back is because the NDIS will not fund what participants ask for, plans are not right, participants are having to apply for several reviews whether it be assistive technology, taking part in the community (social community and civic participation etc. The NDIS needs to be more flexible not just about being able to move funding from one bucket to another for example not just being able to move funding from capacity building to core and core funding to capacity building also for people to be supported with what they ask for not what the agency and services think NDIS participants need. NDIS participants do not just want to be able to move funding from one bucket to another.