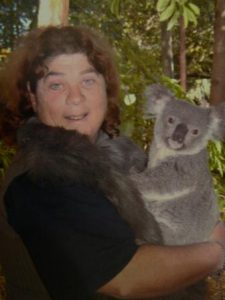 My connection to NDIS is via my sister and her partner. Both of them have intellectual disabilities and live together in Coffs Harbour which is unfortunately not near me.
My sisters partner Wayne got on easily enough but because he didn’t have any real understanding of what was going to happen he was put on an NDIS managed plan.
My sister Gail had ENDLESS problems getting on mainly because the doctors kept messing up the application form. One of the more stupid hurdles we struck was the requirement for her to have an IQ test for which she was expected to come up with $2500! My sister has an tested IQ of 70 which was conducted in the early 1970’s and is referenced in a Court document which I was ready to tender but “The Computer said “no”” and we were told we had to “have another one as it was too old”. Heavens above. She hasn’t grown more intelligent over the years! No one does!! Lunacy!! Fortunately we managed to avoid that but if it hadn’t been for me hammering away in the background she would NEVER have gotten on. Just how are people with disabilities such as her supposed to cope without support in the application process? I’ve heard that funding for Advocacy Support has been cut….how stupid!
Gail finally (after 4 attempts) got on and she is on a Plan Managed package. This to my mind is FAR better than Wayne’s NDIS managed package. I have spoken (as Wayne’s agreed support person) to his NDIS contact many times and he has said he is handling over 200 clients! How can he be expected to know what Wayne needs on a personal development level. Wayne is illiterate and longs to have a drivers licence. He is certainly capable of driving I’m sure but he can’t read signs. He needs literacy support to achieve his goals. He needs a co-ordinator to set that up for him. Trying to get him moved from NDIS to Plan managed has been a nightmare. I am by nature an organiser and systems person. I am qualified in this. It drives me crazy to see how poorly the NDIS is constructed