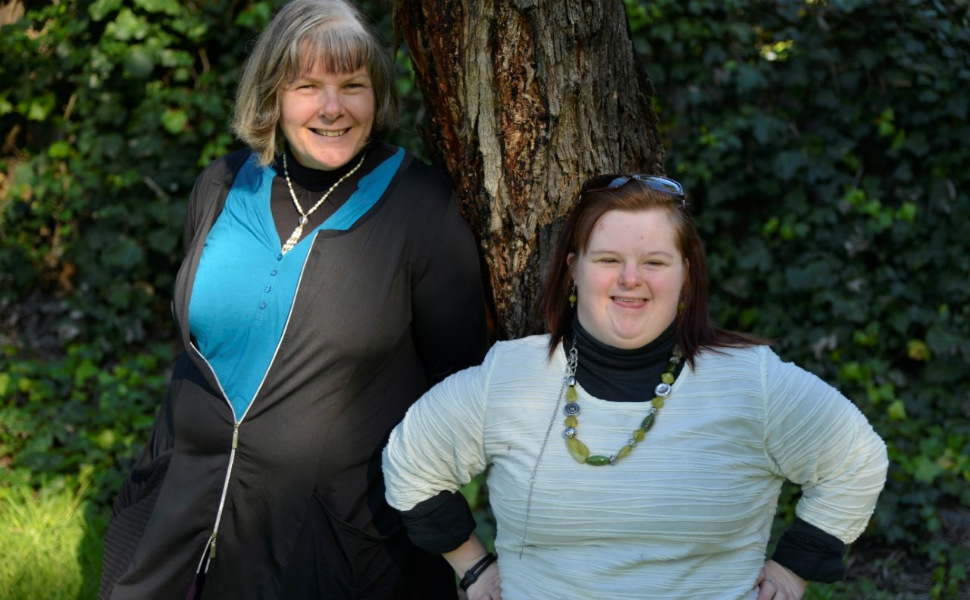 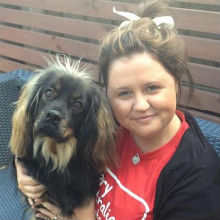 Nestled in the outer Eastern suburbs of Melbourne is a light and leafy abode, the home of Sue and Chloe Dymond. They welcome me quite literally with open arms, and having followed their life journey in Sue’s book ‘Waising Miss Chloe’, I was only too comfortable with this.

Waising Miss Chloe depicts one mother’s journey of raising a child with Down syndrome. One of the most touching aspects of the book was Sue’s catalyst for writing it: the publication of an open letter to doctors and obstetricians who, in her opinion, have out-dated assumptions regarding pregnancies which test positive for Down syndrome with an ultrasound, followed by an amniocentesis test.

Sue believes that while fear and grief have their place in caring roles, parents should get as much information as they possibly can before making permanent decisions, rather than basing these on fear and extreme emotion. She wants the general public to “chill out” and “stop over-complicating disability.” When medical professionals counsel parents negatively, they do not allow them to make an informed decision about a permanent action. This can hurt parents emotionally as time goes on.

Although Sue believes everyone needs to do what is best for them, they should do it from a fully-informed position and not a place of panic and fear. These tests only detect Down syndrome, they don’t detect whether that child will have an illness or what they will be able to achieve in their lives.

If anyone challenges negative stereotypes it is quite literally the star of the book, Miss Chloe.

Chloe’s unassuming and independent demeanor, zest for life and strong community engagement are assets for any young woman. Enjoying her new found ‘fame’ since the book’s publication (including a stint on Channel 10), Chloe has no shortage of ambitions.

She’s a volunteer worker, karate black belt holder and artist, and she’s also is looking for paid employment as a pathway to a career. Chloe aims to eventually move out of home. Although, as she readily admits, she does need to get a few more daily chores done, including making her bed and cooking. Likewise, I think, similar complaints could be made of myself.

Sue describes herself and her written work as “an open book” containing strong opinions which are “contentious, at times” but which she hopes to share with other parents and carers.

Some of her advice to parents or carers is to seek an advocate to do the negative speak and myriad paperwork required for their dependent.

Sue suggests linking into support programs and services to be supported in the process of caregiving.

Chloe, like Sue, doesn’t really see what all the fuss is about Down syndrome. She wants readers of Every Australian Counts to view her as herself, not merely as “someone with Down syndrome.” Many of Chloe’s friends also have Down syndrome and she gives them the same unconditional love that she receives from many others, including her Mum. Chloe spoke of her need to be trusted and given “a fair go”, including through paid employment.

Furthermore, she opened up about the fact that she is “looking for love.” A girl after my own heart, her preference for love comes in the form of a one- woman- man who can give her a hand with the cooking.

Sue explains how to “navigate the maze of social services which are available, and those that are completely unavailable.” She and her publication also offer tactical advice on how to achieve desired outcomes for carers. Sue’s final piece of advice to carers is that it takes a village to raise a child, “but it is your job to create and maintain that village.” Tap into resources, volunteers, family friends, neighbours, the community and other angels to lighten your load. According to Sue, it’s a long road, “but it’s worth every second.”