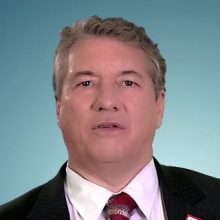 It was with apparent naivety that I was shocked to see in last week’s The Australian “$5bn budget hit as NDIS fund dwindles”. Could it be that the NDIS, the only policy in Australian that our last four Prime Ministers are in complete agreement on, is up for question again?

David Uren (The Australian p.1 28/1/16) reporting on the NDIS implementation with his accompanying doomsday headline is chasing ghosts.

His thoughts echo the chatter of a minority of rigid minds uncomfortable not so much with the failures of the NDIS but with its potential success.

Mr. Uren wants to solve a crisis in the NDIS that isn’t happening, urging readers into believing in a non-existent crisis. An illusion that takes attention away from the real challenges of building a new and innovative social support system for Australians living with disability.

The NDIS is confronting for some because the insurance model of investing in people represents an innovative and humanistic challenge to the welfarist world view. The same critics are offended by how the scheme came to be, by the Every Australian Counts campaign investing in sharing the life experiences and aspirations of those that the scheme will benefit most. A horrifying thing for many in the Canberra policy elite is that people produced the scheme, it was not prescribed by bureaucrats.

The splash in Thursday’s Australian completely misrepresented the fiscal policy status of the NDIS. More importantly, it did not contain a single new piece of information about the budgetary position of the scheme. The overall revelation consisted of “news” that has been widely publically available literally for years.

Since the bipartisan undertakings of Julia Gillard and Tony Abbott, three key fiscal policy points have been clear and agreed by all parties represented in the Federal Parliament. The increase in the Medicare levy will pay for approximately half the ongoing costs of the scheme, the balance of the Federal funds required would come from new savings initiatives, and finally the global fiscal envelope of $22.8billion is locked into the forward estimates reflecting the Productivity Commission’s estimate of total yearly scheme costs.

According to work conducted last year by Professor Richard Madden from the Center for Disability Research at Sydney University, yearly NDIS costs requiring new Commonwealth funding will be $4billion. Of course, this is a significant taxpayer contribution, but it is a tiny fraction of the Federal Health costs or the Defence Budget.

Every Australian Counts contends that every cent spent on the NDIS will not only make a huge difference to lives of 460,000 Australians with permanent and significant disability but will repay the taxpayer many times over.

Reports on the high costs of the NDIS continually ignore the billions of dollars governments spend right now on disability supports and services. Which in many cases deliver appallingly inadequate results. Most Australians with disability don’t get the support they need, and they do not have the dignity or the efficiency of choice and control in their lives.

The NDIS will provide personally targeted funding for individuals. This alone will save millions in misdirected revenue while improving the lives of people with disability and their families. That is what those with a limited view of government social schemes object to the most.

The NDIS will be bigger than the current state and territory schemes combined, because it needs to be.

Good for all Australians

Putting budget issues aside, the NDIS has the potential to increase GDP by $22billion. It will allow between 24,000 and 38,000 people with disability who haven’t had access to work that opportunity. Carers too will have employment opportunities, as they are relieved of the pressures of round-the-clock care. An estimated $11billion will be added to the GDP just from the tens of thousands of carers back in the labour market and up to 70,000 new jobs in the disability workforce will be created.

Take that in for a moment. More revenue for the budget, less welfare dependency and an estimated additional $22billion increase in GDP. And a better Australia allowing more for a group of citizens who have constantly missed out.

Swatting at false fiscal challenges that don’t exist puts at risk the tremendous opportunity we have as Australians to build a new approach to social support based on ethical policy principles rather than charity or welfareism. Its time is now and a penny-pinching scare campaign won’t bring it down.