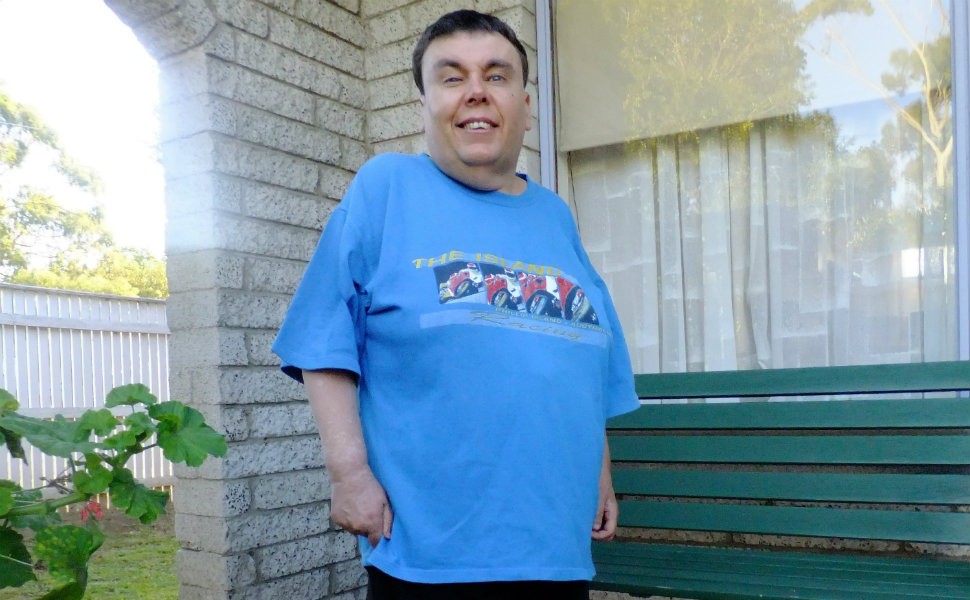 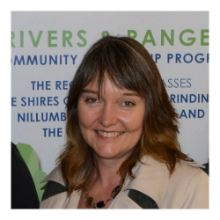 I have been an advocate for a man with complex needs for nearly 20 years. The journey I have been on with him and his family over this time has seen some great outcomes for him, but it remains a constant struggle to ensure he has the funding needed for his support. We are hopeful that the NDIS will change this!

Bradley and I talked about my writing for the Every Australian Counts campaign and he is happy for me to share some of our experiences together.

Back in 1996 when working in a respite home I met Bradley. Or rather I met his parents first, as when I started he was not currently accessing respite due to serious incidents that had occurred and the service’s decision to withdraw support temporarily for safety reasons. The meetings that ensued painted a picture of a man who was a danger to others and difficult to support in a positive way. So it was with some trepidation that I prepared for his first visit back to the house for afternoon tea to gradually reintroduce him back into that setting. From the information I had been given I expected an angry giant of a man to walk through the door. Then in walked Bradley!

He is small in stature, can talk the leg of a table, and has a wicked sense of humour – I warmed to him immediately. He loves music, in particular bagpipe music – no accounting for some people’s taste! He is fascinated by animals, especially his family’s dogs and chickens. He likes socialising with a wide range of people, though generally not with others living in the group homes he has experienced, or who attend his day programs. And he enjoys drawing the things that interest him.

In the time that I worked there it was apparent that some of the people who used the respite home were in serious need of better supports, and that’s when I began to think about becoming an advocate, so I might be able to help out someone who really needed it. I saw Bradley’s parents doing a phenomenal job of meeting his very complex needs in the family home, but I also recognised that while things were going well it was probably a good time to think about establishing a living arrangement for him that would be suitable for the rest of his life. And that was going to take some hard work! So I offered to be his advocate.

Back then, the only real option for people with complex needs was a group home. So when a seemingly- suitable place in a group home was offered to Bradley, his family accepted. The 18 months that followed was nothing short of horrendous for Bradley and his family, and the negative impacts on his physical, mental and emotional well being were huge. This accommodation arrangement came to an abrupt end when, after yet another in a long line of incidents occurred, Bradley’s family were given notice to relocate him. Luckily his sister owned some holiday units nearby his parents’ house, and he was able to move into one of those while his long term options were considered. Thirteen years later he is still renting that unit and his life is so very different.

This is my place

Bradley knows lots of people in his local community. He enjoys being with them, and they with him. He has a team of truly committed carers, a number of whom have been with him for many years. His physical and mental health are better than they have been in the last 15 years and that wicked sense of humour has returned. He is happy! And he proudly says of his home: “This is My Place!”
That’s not to say this turnaround in his life happened overnight – it was a long slow process over a number of years to undo the damage caused during that awful 18 months. And there were plenty of ups and downs along the way – none the least of which has been the constant challenge of maintaining funding to support his individualised living arrangement.

Despite the ‘This is My Place’ proposal (and budget) for Bradley’s personalised lifestyle arrangement being accepted back in 2003, it seems that every few years Bradley’s support network are summoned to meetings to once again justify the budget for his support. And in September last year this happened again. So once more we are fighting to maintain his current living arrangement, whilst (unbelievably) it is being suggested that he consider returning to a group home setting to accommodate funding cuts!

‘This is My Place’ has not only given Bradley a quality of life, it has saved his life. So Bradley’s support network are determined to exhaust every avenue available to prevent his successful living arrangement from being dismantled – an arrangement that I’m sure would be classed as a perfect example of what the NDIS is trying to help people with disability achieve.

We are hopeful that the introduction of the NDIS will mean that never again are we repeatedly called in to justify what we all know is the best (and only) accommodation option for Bradley. Hopefully then we can all be confident that he will always enjoy a lifestyle that the rest of us take for granted.