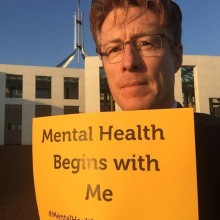 The National Disability Insurance Scheme (NDIS) has great potential to improve the lives of people with psychosocial disability associated with mental illness. If we are to meet the needs of these people, however it is absolutely crucial that we get the broad architecture of the scheme right.

Psychosocial disability relates to the ‘social consequences of disability’ – the effects on someone’s ability to participate fully in life as result of impairments caused by a combination of factors including mental illness. Those affected are much less able than others to engage in education, training, cultural activities, and they may find it much more difficult to achieve their goals and aspirations.  Not everyone with a mental illness will have a level of impairment that would reach the threshold of psychosocial disability – a threshold that might vary depending on how an individual is assessed. Indeed, of the millions of Australians that experience the symptoms of mental illness in any given year, only a small percentage will have an ongoing disability that stems from their illness.

Since legislation was passed guiding how the NDIS is to operate, we have witnessed something of a clash in philosophies when it comes to mental health and the NDIS. The ‘permanent impairment’ requirement may make sense when you consider certain disabilities that result from impairments such as blindness or reduced mobility, which can leave people unable to live and work without support.

The idea of permanence is more problematic for someone with mental illness. Most people with psychosocial disability have needs and impairments that change in severity and in nature over their lifetimes, sometimes changing very quickly. Some people who experience severely debilitating mental illness aren’t going to need support and be in the mental health ‘system’ for a long time – only as long as they need for their symptoms to improve. Many consumer “survivors” of severe and persistent mental illness emphasise the importance of hope and a belief in their ability to grow and change for the better as keys to their recovery.  On principle then it would seem unreasonable to deny hope to anyone with a severe and persistent mental illness, given the positive effects it can generate.

Further, for any two people with precisely the same diagnosis – of schizophrenia, say, or bipolar disorder – it can be impossible to predict which one might need long-term support – making the idea of a ‘permanent impairment’ difficult to fit with the realities of mental health.  That said, many people with psychosocial disability will need, and should expect to receive, support over the long term, and perhaps for a lifetime. These are difficult tensions to reconcile within the policy framework as it currently exists.

There is also a well-founded concern that those people with a moderate level of impairment resulting from their illness may lose out if much of the funding for existing community-based mental health services are moved to the NDIS model.  The NDIS understandably focusses on people with substantial disabilities – people who, we should not forget, have missed out on adequate support for far too long. Unfortunately, the shift in resource allocation to a different target population could see people with less severe or less ‘permanent’ forms of impairment missing out on services that they are currently entitled to. In the context of an initiative which is supposed to double the amount of services on offer for people with disability, this would be a very disappointing outcome.

Many of the mental health programs that are currently in-scope for the NDIS appear to deliver services better characterised as “early intervention” rather than ongoing or life-long support. These programs provide services that are often temporary (and even crisis) interventions to help people manage or overcome circumstances that could rapidly escalate. Shifting funding for these programs to the NDIS could result in a worsening of symptoms or circumstances for those outside the NDIS target population, perhaps in time leading them to require long-term support. The fact that a person needs to have a permanent impairment before receiving early intervention (which will in turn reduce that person’s reliance on the service system in the future) is of course counterintuitive. In the context of the NDIS, it is also bad policy.

Indeed, if early intervention and other “temporary” services are no longer available, we will in time see a greater burden on the service system, including additional presentations at emergency departments, increased reliance on crisis accommodation services, and a greater risk of people with mental health issues encountering the criminal justice system. In the context of an insurance scheme which ought to reduce future risks, these arrangements appear misguided.

For the NDIS to be effective, we need to develop an approach to early intervention which makes sense in the context of mental illness and psychosocial disability. We can only do so by consulting more extensively with those in the mental health sector who have an intimate understanding of the nature of effective non-clinical early intervention services, including of course people with a lived experience of mental illness and their carers.

Meeting the nation’s mental health needs is a broader issue than just the NDIS. We have to make sure that in our creation of a new system, we don’t make things harder for consumers of existing mental health services, by removing essential services in order to create new ones.

Mental health also needs to be integrated in other systems such as housing, employment, welfare and social inclusion, all of which are intimately linked with mental health outcomes. Developing a mental health system that works seamlessly with the NDIS needs the cooperation and inclusion of state and territory governments alongside the Commonwealth – not to mention the non-government and community sector, clinicians, researchers and others. COAG must lead this conversation, but the solutions need to be owned by the broader mental health sector.

A workable system needs to start with targets and indicators that address the whole-of-life needs of mental health consumers and carers – not just clinical needs, which are too often the sole focus. Without a clear idea of what we are aiming to achieve, and in turn what we need to measure, we will not know where we are falling short or how we need to take action. This applies as much to the NDIS as to any other program that someone with mental illness might access.

Once fully implemented, the NDIS will be a major component of the suite of services for people with mental illness. This will of course take many years, and nobody knows what the final set of arrangements will look like. In the meantime, governments need to get much better at working across portfolios and understanding interdependencies across systems.  Implementing the NDIS without first getting the fundamental design features right may lock in a set of practices and principles that will not benefit the majority of people with serious psychosocial disability relating to mental illness. Worse, it puts some extremely vulnerable people at risk of missing out on services.