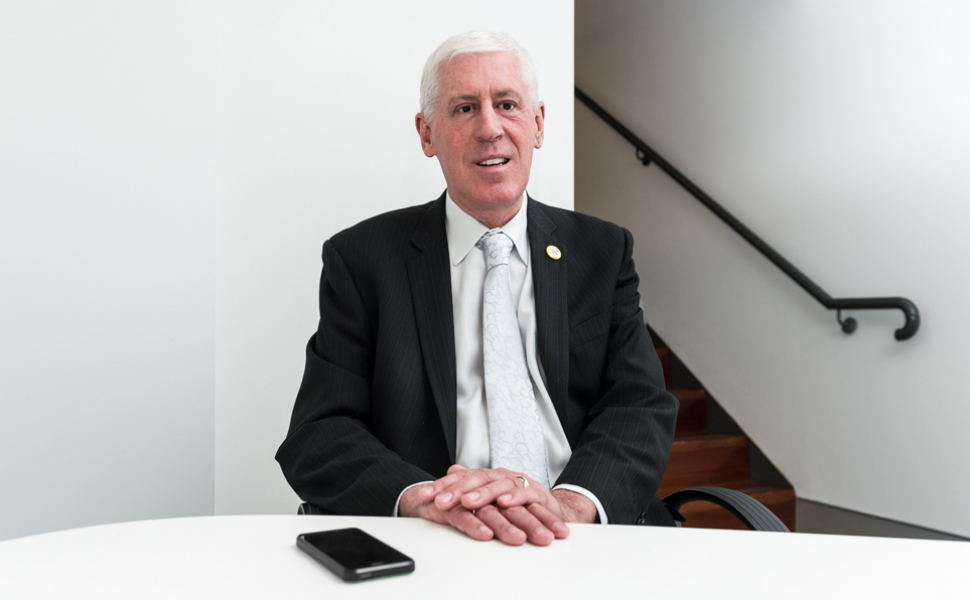 I roared out of the garage of Sydney University, and the College of Law, a shiny new lawyer. My social justice engine, fuelled by its knowledge of unfair dismissals and unconscionable contracts, was ready to drive people from the back roads of disadvantage onto the freeway of life.

Then reality kicked in. I spun my wheels for twelve months while I went to thirty job interviews. I didn’t get any of those jobs, mostly because employers could not comprehend how a blind person could work as a lawyer.

So that shiny new baby lawyer took a job as a Clerical Assistant, the first step in the NSW Public Service. I joked that I was the only clerical assistant in the public service with a law degree.

I started at Lotto, moved to the Land Titles Office, and then Consumer Affairs. But I was still a clerk answering phone calls.

Then I met Dave. He was the Senior Legal Officer at Consumer Affairs. We chatted at the coffee machine, and in the pub across the road. I kept talking to him about how I wanted to be a lawyer, and how I would do the job if I could get it. He wasn’t absolutely convinced, but agreed to give me a try. Dave’s change of attitude changed my life.

I got to do what I craved – working as a Legal Officer on social reform. Then working as a conciliator and lawyer on discrimination. I had made it.

I made it because I was determined and because Dave changed his attitude. He was not convinced that a blind person could operate as a lawyer but he decided to give it a try. That’s what Australia needs to do today.

People with disabilities in Australia are limited by the soft bigotry of low expectations. We don’t get appointed to jobs that we know we can do, because others think that we can’t. We are not offered the careers that we want, we are told what more limited careers we can have. We don’t do things because people assume – usually incorrectly – that we won’t be able to.

We are more committed employees, we stay longer in jobs, we take less sick leave, and we make fewer workers compensation claims.

Yet we are employed at a rate 30 % lower than the rate of employment for the general population. And if just one-third of us who comprise that difference were employed, the National Disability Insurance Scheme would run at a profit in a decade.

The arguments to employ us are compelling yet employers are not buying those arguments.

The Governments record is shameful. It employs 2.9 % of people with disabilities when we make up 15 % of the workforce. And its programs in this area are stuck in bureaucratic mire.

With some notable exceptions private employers do little better. So we waste on welfare, rather than contribute as tax-payers.

What we need is a change of attitude

At the Board of the Attitude Australia Foundation, we want to change those attitudes because we know that changing attitudes changes lives. We will do so through film, television, media and the internet.

The first six episodes of the Attitude documentary series will go to air on ABC television in December. If we can raise sufficient funds and support, a second series will air next year.

We support Australians with disabilities to not only tell their stories about doing work, doing community activities, and just doing life but to also participate in making the programs.

We also welcome your support in working with us to change attitudes.