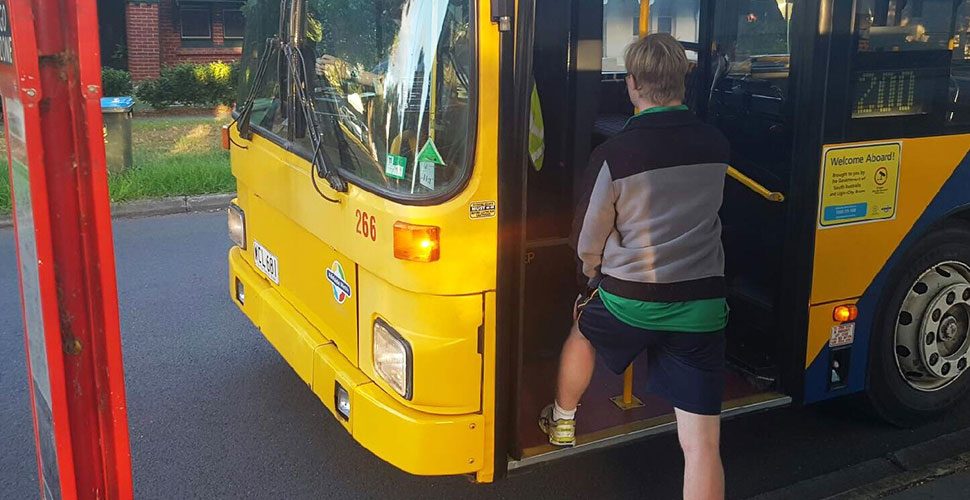 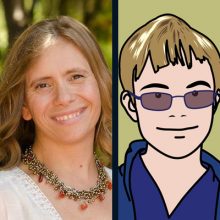 I belong to a group on Facebook. It’s called “NDIS Grassroots Discussion”, and it’s a place where nearly 30,000 people share their NDIS stories – their fears, wrongs, questions, anger and sometimes, their NDIS joys.

This weekend, I was pretty excited to share a joy about my son, an ornery teenager with smelly feet (aren’t they all?) with intellectual disability, who kicked a massive goal. Not of the footy kind, but of the life kind.

He learned to catch a public bus home.

For most seventeen year olds, this would not be anything to especially celebrate. But when I shared my excitement on the Grassroots group, more than 800 people shared that joy with me and clicked “like” or “love” or “wow”, and more than 50 took the time write messages of congratulations and support.

Ben tried to learn to catch the bus a few years ago, but in Ben’s words, he “wasn’t really getting the feel of it.” And the student who was teaching him ran out of placement hours, and I didn’t have the cash to pay anyone to keep going. She was a very attractive young lady, so I think there was no motivation for Ben to even want to catch it without her!

But in February, Ben received his first NDIS funded plan. I hired an Occupational Therapist who usually works with adults. She lives near us and has a baby, but was more than willing to work on Saturday mornings, as she could take her baby with her in a sling. So on Saturday a month or so ago, she caught a bus into town to meet Ben after his work at the surf shop, and started teaching him to catch the bus, breaking it down into steps to master.

Here’s how it worked, in Ben’s words;

“I did it about three times and that was amazing. It was awesome. And now I’m getting the feel of it.

“So, after work. I work at a Surf shop in the city. I walk down to Cibo. I walk past it and went to the bus stop D4 and I look for the time 11:29am on my phone to check the time. Then I check if the bus is coming. I look at the number of the bus and that is how I know.

“Me, I wait for other people like an old person to get on the bus first, and then if it’s young people like my age or adult years, like 41 or 17, then I will go on the bus.

“My first time on the bus I said “I live in Bowden. Can you please take me to 17C on Park Street” and the driver did say “OK”. Then I sat down right at the front and that was completely amazing.

“The bus left with me on the bus and I waited until I see 17B then I pressed the stop button. The button made a “do do” sound to remind the bus driver to stop at the exact point. And it stopped at the place where I would like to go to.

“I said “Thanks” to the bus driver and the bus driver did not answer which is sort of OK and then I walk off the bus. Then I gotten very crazy and did do a fist pump in the air just once or maybe two times and then I saw Nicole. She’s my bus OT. She was standing near the road and she said “Good job” and “You made it”.

“When I saw her I ran very fast toward her and then we walked home together. Mum was really very happy. Real happy. Happier because she was thinking of me on the bus all by myself. And how awesome is that?

“So now I get to know what I can do for activities. So I can go to the movies. Or go to work. Or maybe go to a friend’s place and have dinner and fun or watch a movie. We can watch Netflix.”

Ben still has a long way to go to be a truly independent bus traveller. I was watching him like a hawk on my “Find My Friends” app, refreshing it every 30 seconds, and I made sure I was home ready to call and pick him up if he missed his stop. I’ll probably make him some little business cards with his Bus Stop # to give the bus driver each week, and I’ll no doubt constantly remind him about ways to keep himself safe. And we’ve yet to attempt to teach him how to go the other direction.

That NDIS Grassroots group? It often features a lot of negativity. Change is hard for people, and the NDIS is not especially good at communicating how it really works, so there’s plenty of fear of the unknown. It felt good to share just one tiny good news story. A good news story that will change my son’s life, and will soon give him the independence to hang out with his mates, watching Netflix, just like the rest of us.

– Ben and his Mum Sam Paior