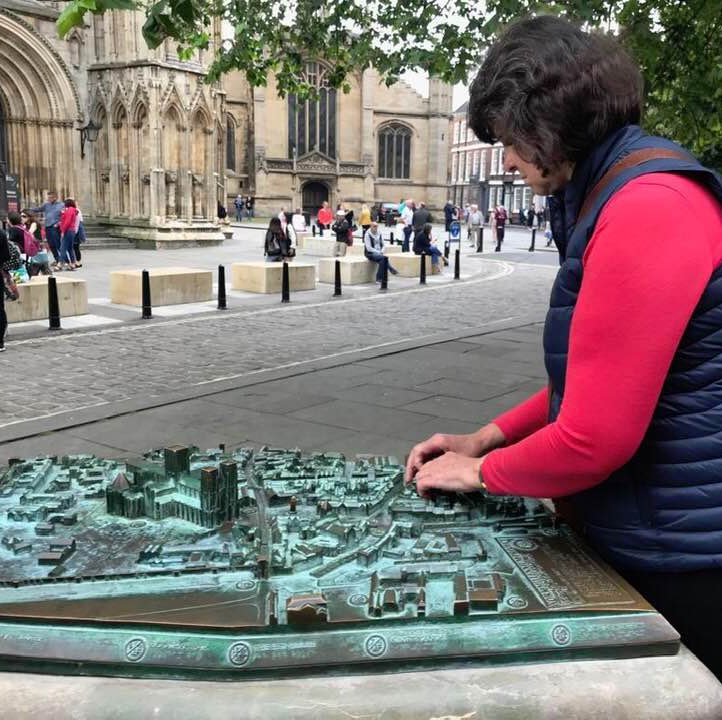 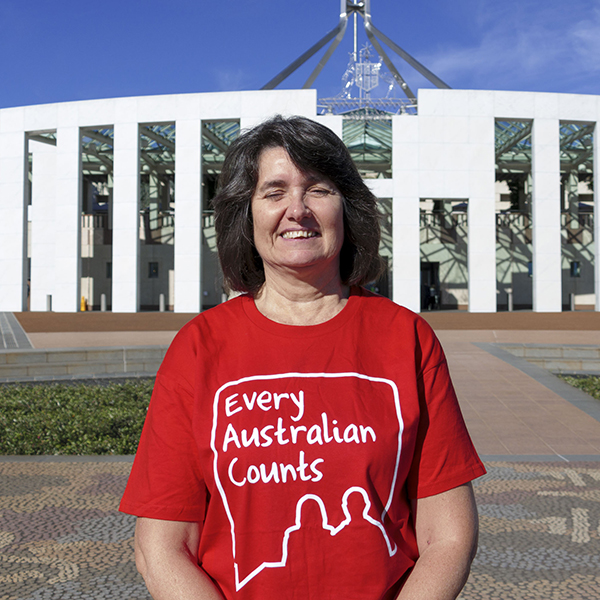 Today is International Day of People with Disability. The purpose of the day is to promote understanding of the issues facing people with disability, and to push for change.

We don’t often hear from people who use different forms of communication on this day. So we thought this was a good chance to ask our Champion Carleeta what she has been up to lately.

What has been the highlight of this year for you?

This year I spoke at the Deafblind conference on the Gold Coast. And because I like to travel I also went on a big trip Dubai, England, Wales, Ireland and Scotland.

At the Tower of London they provide me with braille book for tour but there was no access to touch things like jewellery and knights and so on. There was good access for blind to touch tactile model maps like Tower of London, London Bridge, Windsor Castle, and York including the fort castle.

Ireland is the best country that provide me to touch things like crystal items, castles and so on. Good access for Deafblind to touch tactile things. 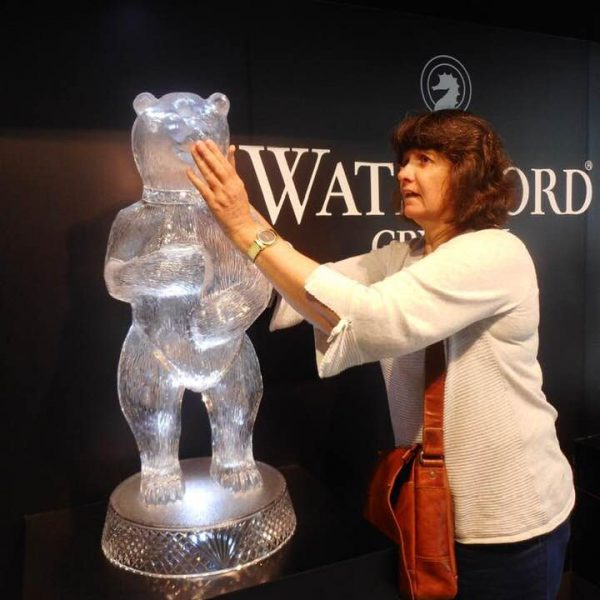 📷 Carleeta touching the head of a big Waterford Crystal bear.

I love Ireland country because Ireland has very green pastures, fields, winding roads on seaside and countryside, mountains and hills. Good view at National Parks I went through. I visited the area where people died in the great famine in 1845 – 1851 and explored the land where they grew Irish potatoes there and visited many villages. Beautiful country. A friend of mine told me all describe of Ireland – I received pictures in my brain what it looked like.

My people on my tour did not understand me as a Deafblind person. For example I booked for the front seat on the coach. People complained about me being in the seat at the front and one lady got cranky and wanted to have the front seat but I had already booked for me. No one talked to me until at York when I touched the model map of York. People saw me do it and that it had included braille on that model. Then they accepted me as Deafblind and started to talk with me. 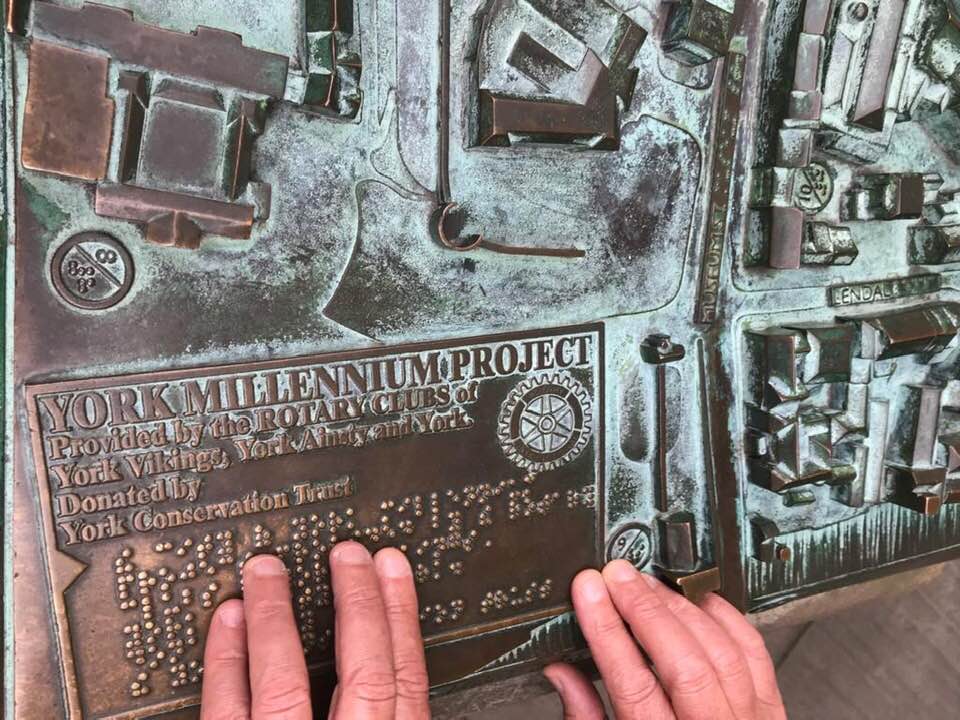 📷 Carleeta reading the braille with her fingertips, on a big bronze 3D map of York.

How has your NDIS funding helped you?

If you could have one wish and change one thing for Deafblind people what would it be?

I wish everyone could have a comguide and an interpreter when they need it. 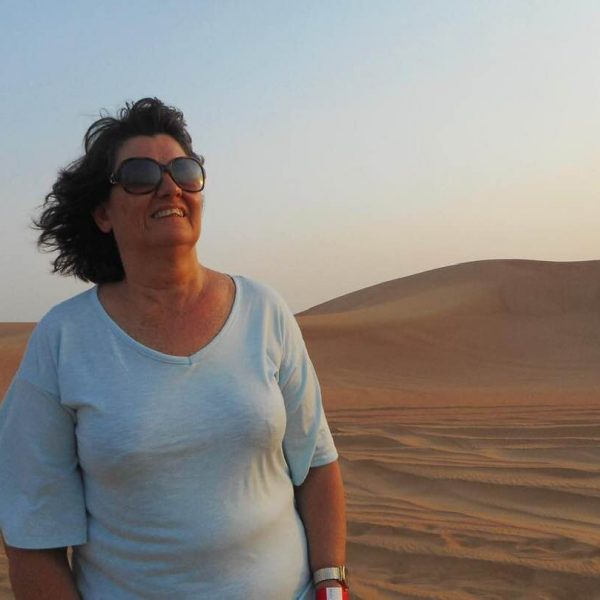 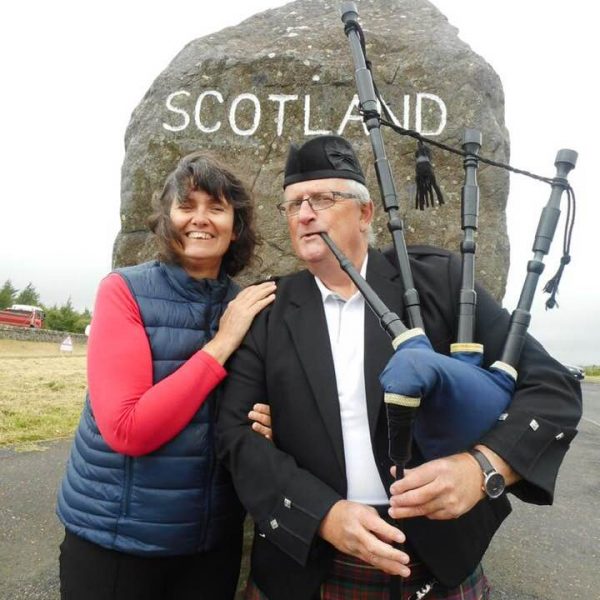 📷 Carleeta and a bagpipe player at the Scotland side of the border. 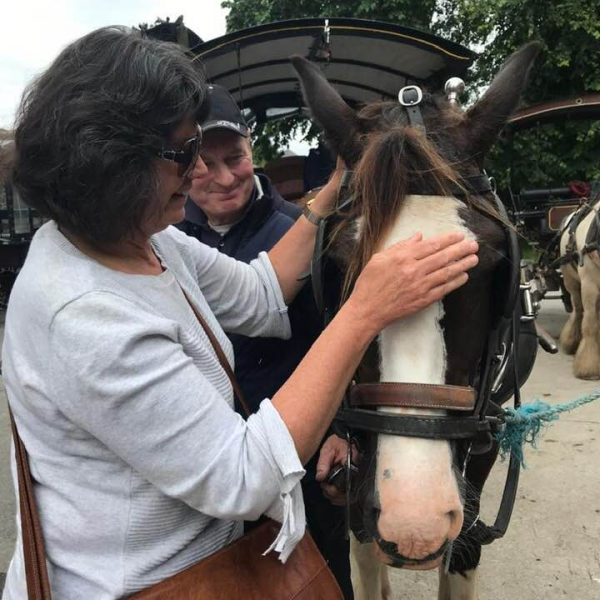 📷 Carleeta pats a friendly horse. It has a cart behind it to take people up to nearby Blarney Castle in Ireland.