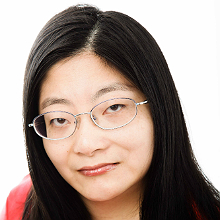 The Every Australian Counts Campaign is the largest disability related campaign I’ve seen in Australia and the promise is no less than a revolution.

The Campaign’s success is self-evident. The National Disability Insurance Scheme (NDIS) is up and running in seven trial sites and everywhere else people are anticipating the full rollout by 2018. It changes the way people with disability access the support they need so that they can live the life they want, in the community.

I’ve done my share supporting the push for a NDIS and contributing to its rollout in the hope that it gives people with disability a better deal in life, including those from non-English speaking backgrounds (NESB). People from NESB with disability make up 25% of the disability population yet only 6% of disability service users. This means one in four miss out on receiving disability support because of their language and culture. Lack of access to information in community languages and interpreters is just the tip of the iceberg when comes to the range of linguistic, cultural and religious barriers people experience.

Racism in the mix

Since the Productivity Commission’s report in 2011 on disability care and support it’s widely quoted that the current disability system is ‘broken’. We look to the NDIS as the fix but from where I’m sitting the institutional racism that permeated the ‘broken’ system is not being consciously addressed in the new fix. The range of barriers people from NESB with disability encounter will continue to exist if we don’t make an effort to build cultural competence into the Scheme from the start. Before the trial sites were chosen I advocated for at least one location to be selected that has high level of cultural diversity. This would ensure that the scheme has an opportunity to develop its cultural responsiveness at the design stage well before all the components are set in policy and operations. Unfortunately, this is not the case and the low percentage of people from NESB in trail sites become a reason for not thinking about cultural accessibility early.

I can’t help reflecting on the irony of a title like Every Australian Counts. People from NESB with disability are not being counted like their Anglo counterparts, literally. The National Disability Insurance Agency’s baseline data collection is not asking the right questions to obtain an accurate account of cultural diversity among those accessing the NDIS. This makes comparing NDIS access data to Census demographic data a bit like comparing apples to oranges.

While everyone talks about getting services and people with disability ready for the NDIS, no effort has been made to combat the severe disadvantages of people from NESB to equip them for a consumer driven environment. Recently in a room full of fifty people from diverse communities, only two put their hand up when asked who has heard of the NDIS. People don’t even know there is such thing as a bus stop, let alone finding it, at the right time and hop on the bus to a life of choice and control. Targeted capacity building is desperately needed for people from NESB so that they can make the best of what NDIS has to offer and not be left behind.

When designing the NDIS Australia looked overseas for sources of learning. One of those is the UK which has been implementing the direct payment scheme for a lot longer. The evaluation literature in UK is generally positive on the outcomes of the scheme. However, they make very little mention of outcomes for black and ethnic minorities (terms used in the UK referring to people who are identified as not from white-Anglo background). There is a lack of statistical information available on the level of access and outcomes for these groups. Some literature made mention of under-utilisation by various population groups including black and ethnic minorities. However, it provides no analysis as to why this is the case or ways of addressing the issue. I have only located one preliminary discussion paper by Stuart (2006), commissioned by the Social Care Institute for Excellence, which examines the issue in detail.

Stuart’s discussion paper argues strongly that local authorities implementing the direct payment scheme consistently fail to provide black and ethnic minorities equal access. He has found evidence that black and minority ethnic service users are under-represented in direct payments schemes. He further argues that the experience of black and ethnic minorities who do access the scheme has been poor when compared with their white-Anglo counterpart.

Stuart’s findings sound all too familiar and I’m seeing history repeating in the rollout of the NDIS unless we make sure everyone counts and matters. I think equity is fundamental to democracy and it should be used as a key indicator of the Scheme’s success. However, the language of equity does not seem to cut through the tendency to do what’s easy. While the NDIS is supporting people with disability to have equal access to mainstream community, what we will end up if we not careful is a scheme that makes some more equal than others.