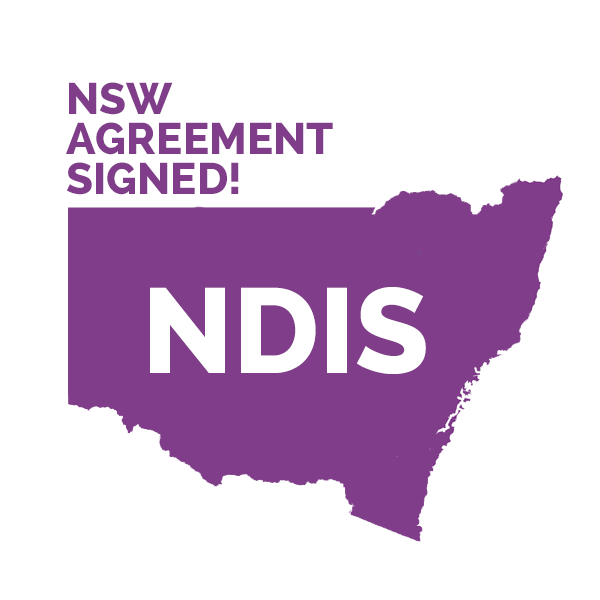 New South Wales has become the first state to sign up to the full roll out of the NDIS.

Today the Prime Minister Malcolm Turnbull and NSW Premier Premier Gladys Berejiklian announced they had finally reached agreement about what should happen when the NDIS transition period ends in June this year. Just in the knick of time we have to say.

The announcement says NSW will up their contribution to the funding of the scheme to cover population increases and cost of living increases. The Commonwealth will continue to pay the balance.

Interestingly, the announcement also says that from next year, both governments will contribute to a special reserve “to provide greater flexibility to manage the sustainability of the NDIS.” There isn’t any more detail than that.

The announcement says that more than 84,000 people in NSW are already in the NDIS – and of those, almost 20 per cent are people who never received support before.

We don’t have any more details than what has been released to the media. We know that’s important to you so we will share anything we have as soon as we can.

We know there are lots of problems with the NDIS at the moment, so people don’t feel much like marking the milestone.

But it is good to take a moment and realise just how far we have come. This is yet another step in the long road to making sure people with disability finally have the same opportunities as everyone else in the community.

There are two reasons why today’s announcement is important.

The first is that it gives people with disability and their families some certainty. Both governments have committed to delivering the scheme in the longer term, and have committed the funds to do it.

And for those two reasons, we also want the other states get a move on. Victoria, Queensland and your fellow states – we are looking at you.