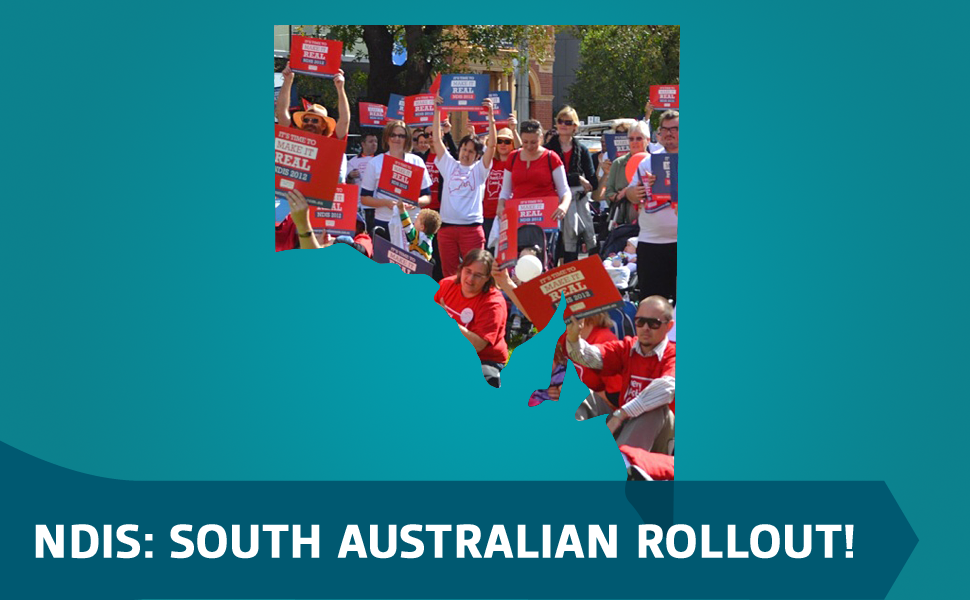 Breaking news: The South Australian and Commonwealth Governments have this afternoon agreed to the full roll out of the NDIS.

More than 32,000 South Australians living with disability are expected to participate in the NDIS when it is fully rolled out in 2019.

Both the South Australian and Commonwealth Governments will provide an extra $50 million for the transition so South Australian children under 14 who’ve missed out on the NDIS so far will be able to from February next year. This is great news for those who have been waiting so long.

South Australian Disabilities Minister Tony Piccolo said the roll out would be in stages, starting with an aged based roll out for young people, then region by region for adults from July 2017.

The SA roll out

Adelaide Hills, Eastern and Western Adelaide and any other areas

“We are continuing to work in partnership with the disability sector throughout the roll-out, and we can assure South Australians living with disability that existing support services will be retained during the transition to ensure they are not disadvantaged,” Mr Piccolo said.

Today’s announcement means people with disability in 5 states and territories now know when the NDIS is coming to them.

Commonwealth Social Services Minister Christian Porter said bilateral agreements now in place cover more than two thirds of Australia and around 300,000 people with disability— or more than 65% of the estimated 460,000 people who will access the NDIS when it is fully rolled out.

“Constructive discussions with other jurisdictions are continuing and the Commonwealth is committed to finalising agreements as soon as possible,” he said.

This is great news! Every Australian Counts will continue the pressure on remaining states to make sure we have the NDIS our supporters campaigned for.