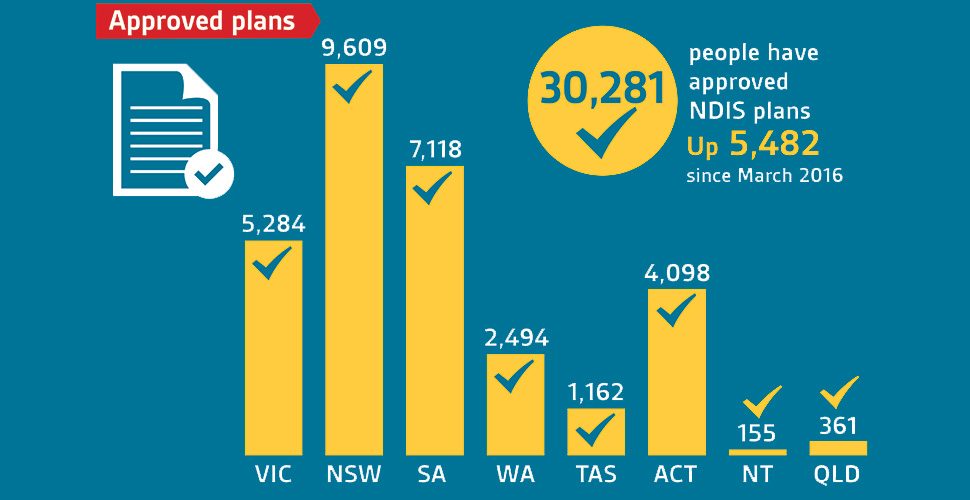 The three-year NDIS trial phase finished with the scheme on time and on budget, a new report from the NDIA reveals.

In its last quarterly report before the full NDIS roll out began in July, the NDIA said $2.4 billion had been committed to help people with disability across the country, with 35,695 participants joining since July 2013.

The 12th NDIS quarterly report also showed that up to June 31:

It is the first quarterly report to show completed NDIS plans in all states, with 361 NDIS plans completed between the start of the NDIS in Queensland in April and Jun 31.

The average annual cost of each plan grew from $36,000 to $39,065 over the three months. The NDIA says this is largely because a small number of very high cost packages have increased the national average.

In a media release from the NDIA, Chief Executive, David Bowen said the trial “demonstrated the ability of the Scheme to learn and build with the necessary agility to deliver much needed supports within the funding budget”.

He said based on the experience from the three year transition period, the NDIS is still expected to cost $22 billion when it is fully rolled out across Australia by 2019-20.

After technical issues with myportal it’s clear the roll out has not gone as hoped since July – for participants or providers – which the next quarterly report will no doubt show.

However, the NDIA has committed to getting it back on track by the end of the year, with a work plan to address any backlog and weekly NDIS myportal updates.

This report shows that, despite the problems over the last few months, the NDIS will continue to transform the lives of hundreds and thousands of Australians.