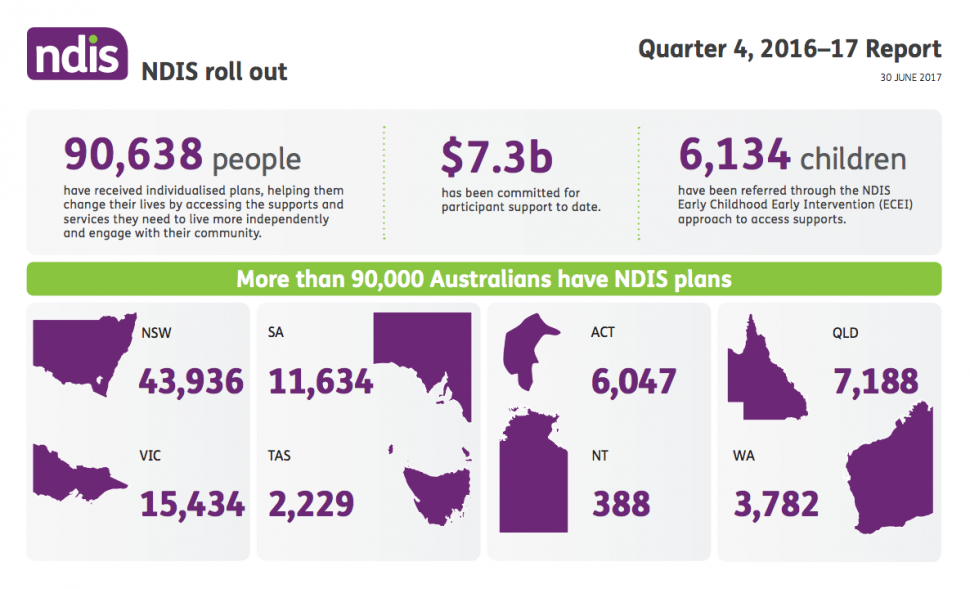 The government has announced that 100,000 Australians with disability are now in the NDIS.

Minister for Social Services, Christian Porter, said it was a major milestone for the scheme.

“All Australians should be very proud of this landmark Scheme that replaces a system where the level of support a person with disability received was determined by their postcode and the vastly different funding provided from all levels of government.

“Whilst this milestone is significant, we know there is much more to do to ensure the best NDIS possible is delivered during the three-year transition to full scheme.”

The milestone comes just after the government released the latest Quarterly Report, which showed that at the end of of the first year of the national roll out 90,638 approved plans were in place, and 6134 children under six had been through the NDIS Early Childhood Early Intervention (ECEI) program

The latest Quarterly Report showed that between 1 April to 30 June:

“In my discussions across Australia with NDIS participants, and their families and carers, it is clear that they believe the NDIS is making their lives better,” Ms Prentice said.

“The NDIS is focussed on building capacity and delivering outcomes so more people with a disability can participate in their community and enter the workforce and live the life they choose.”