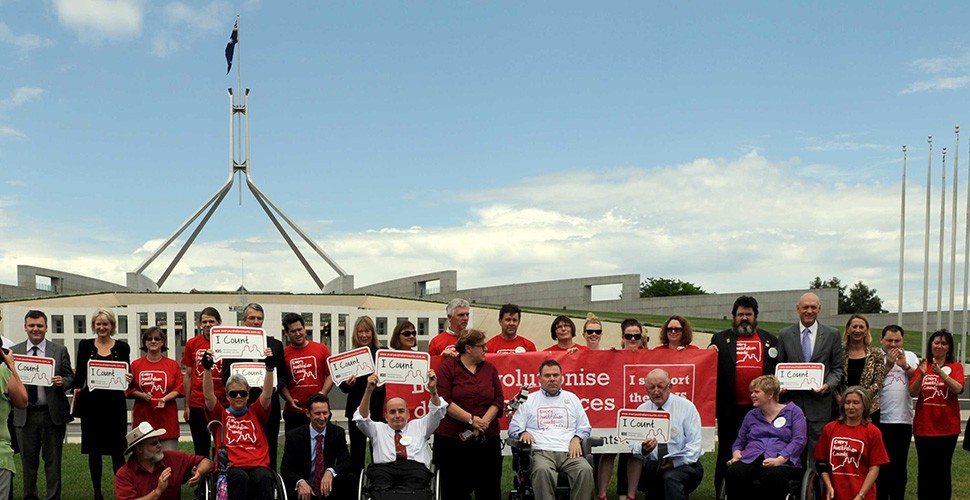 More headlines today about the cost of the NDIS and quibbling about who’s in charge. Here’s a guide to who has said what today, and why.

Last Friday there was a Disability Reform Council meeting. At that meeting the Federal Government put forward a detailed proposal to state and territory disability ministers to “simplify” the management of the NDIS.

Media is reporting this would allow the Federal Government to make changes to NDIS eligibility and supports – without the need for the states to agree. It would also see the NDIA answerable to the Minister, instead of the independent board.

The government introduced the proposal because it says the system is “cumbersome” and complicated with NDIS decisions requiring agreement from all states and territories.

The states and territories opposed the idea. They said the proposal would eliminate them from NDIS decisions and see them face financial burden having to foot the bill for anything the Federal Government decides is not covered by the NDIS.

Federal Social Services Minister Christian Porter told the Australian Financial Review that he would look to introduce the changes through legislation – meaning they would need to be approved by Parliament.

But in a separate statement his spokesperson told the ABC the Federal Government has no plans to change the eligibility rules and was committed to the full roll out of the NDIS.

Federal Shadow Minister for Disability Reform Jenny Macklin has already said she will not support the changes. As has Victorian Disability Minister Martin Foley who said on ABC AM this morning the Federal Government was attempting to “bushwhack” the states by walking away from the bilateral agreements already in place with states such as Victoria and NSW.

Which brings us again to the funding of the NDIS.

The Australian newspaper’s front page today reported that former chair of the National Audit Commission and ex Business Council of Australia boss, Tony Shepherd, had been told by unnamed “government figures” that the NDIS faces a cost blowout of $3 billion a year on its first year of full implementation.

It’s been followed up by media outlets across the country.

At the same time, The Australian newspaper ran an editorial called Slow down and get the NDIS right from the outset by the current Business Council of Australia head Jennifer Westacott.

In her editorial Ms Westacott said the BCA still supported the NDIS but recommended a redesign of the scheme to contain spending.

Is there a cost blowout?

The Federal Government maintains that the NDIS is both on track and on budget. Minister Porter said “Expert analysis based on the full range of data from trial sites shows it is currently being delivered within budget.”

The Chairman of the NDIA Bruce Bonyhady strongly agrees saying “The NDIS remains on budget and suggestions to the contrary are simply incorrect.”

That’s why it’s so disappointing to see The Australian determined to increase anxieties about the future of the NDIS using unnamed sources as front page news.

How is Every Australian Counts responding?

When there are many stories about a particular topic across various media outlets, we can assume they are carefully orchestrated. Often to elicit a reaction or response.

So here’s our response:

The NDIS belongs to those who fought so hard for it. Every Australian Counts supporters are here to see it fully implemented, fully funded and truly national.

For the NDIS to succeed we need continued bi-partisan support. We urge the Federal Government not to do anything which threatens this.

Their message has been clear. That the NDIS is on time, on budget and that they are not walking away from their promise to deliver the NDIS to all Australians who need it.

We know that implementing such huge social reform will not be easy. That’s why the scheme started with trial sites. That’s why government must utilise the knowledge and expertise of people with lived experience of disability as well as experts in the field of disability service provision in its design.

Every Australian Counts is here to make the NDIS the best it can be and we will hold our leaders to their promises.