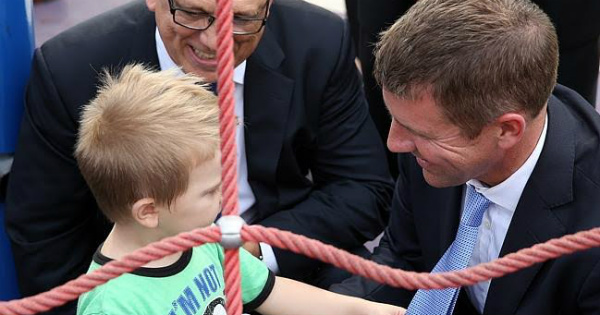 On the weekend the NSW Premier Mike Baird promised to roll out early intervention services under the NDIS for up to 2,000 young people with disability in Penrith and the Blue Mountains from September this year if he is re-elected.

That’s more than nine months ahead of schedule.

Premier Baird committed that if re-elected he would sign an agreement with the Commonwealth to start delivering early intervention services for up to 2,000 young people with disability living in Penrith and the Blue Mountains from September this year, rather than July 2016 as currently scheduled.

“Mike Baird is the first Premier to formally commit to move the NDIS from a trial to a delivery phase. The NDIS is now on the move – its growing,” Mr Della Bosca said.

“As this news sinks in people with disability and their families across Australia will be asking if Mike Baird can speed up the delivery of the NDIS why can’t my Premier?”

“The Every Australian Counts campaign acknowledges that the strong bi-partisan support for the NDIS. We expect the NSW opposition will also commit to speeding the roll out of the NDIS.

“The most exciting part of today’s announcement is that it’s not a committee, or a policy paper. It’s action,” he said.