It’s done! The Every Australian Counts team has delivered our giant sign to Parliament House to let Treasurer Scott Morrison know our supporters are counting on him to make sure the NDIS is fully funded in next Tuesday’s Federal Budget.

Every Australian Counts Campaign Manager Katherine McLellan and Campaign Director John Della Bosca made the road trip to Canberra to make sure the Treasurer receives the hundreds of photographs sent in by supporters.

Here’s the big sign with the even bigger Merino at Goulburn along the way. 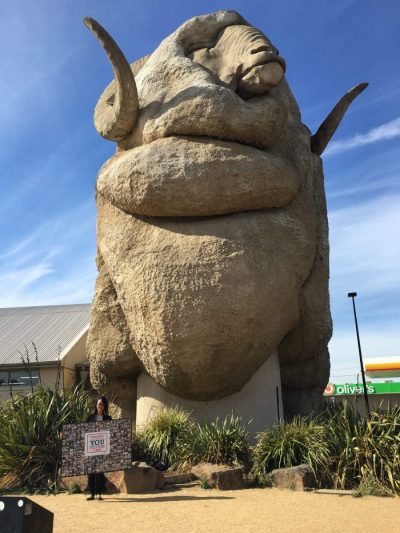 And here it is with campaign director John and long-time supporter Dougie Herd outside Parliament House. 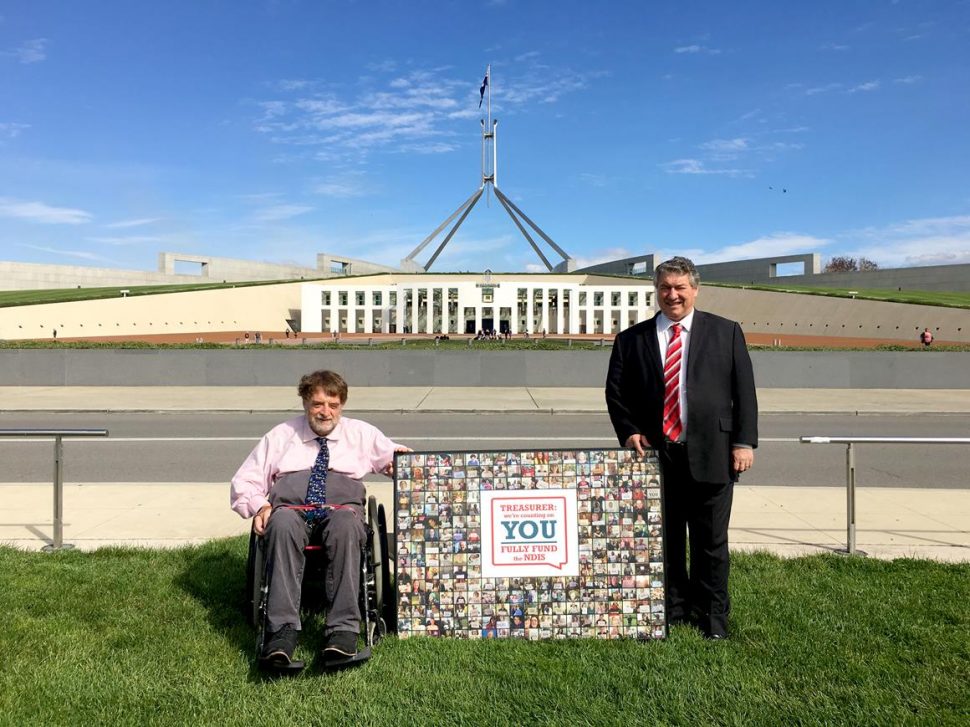 “The Budget is less than a week away and we need to make sure the Treasurer knows we’re counting on him to make sure the NDIS is fully funded and appears in the Budget Forward estimates for the next three years,” Katherine said. “Every Australian Counts supporters have been absolutely amazing and have sent in photographs from work, from home and even with their pets.

“It shows just how passionate people are about the NDIS, and how important it is that it’s delivered as promised.”

Katherine said the giant card looks so great the team is hoping to share it with as many people as possible – by Facebook.

Check out how here.

The Every Australian Counts team will be at Budget next week and we’ll let you know the details as soon as we have them.