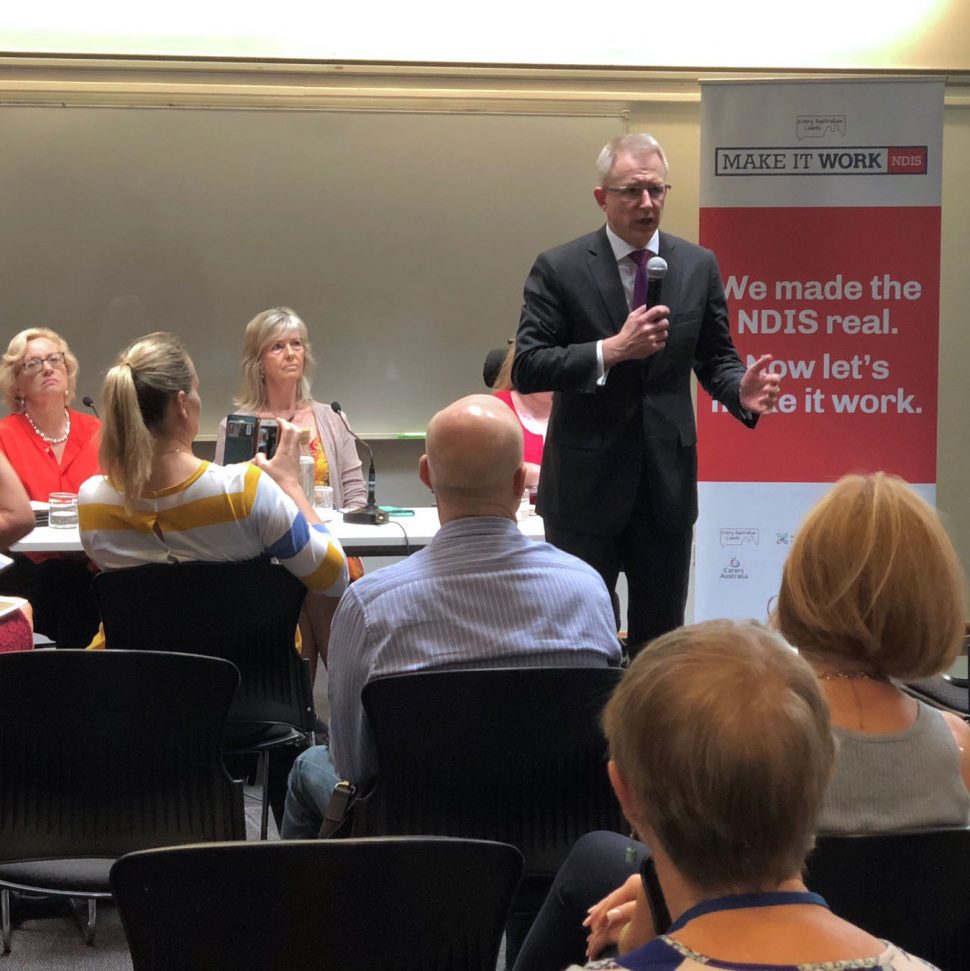 Every Australian Counts congratulates Scott Morrison and the Coalition government on their election win this weekend and looks forward to immediate action to fix the National Disability Insurance Scheme (NDIS) to better support Australians with disability.

During the election campaign, the Morrison government renewed their commitment to the full rollout of the NDIS and promised a number of initiatives to improve both participant outcomes and experience with the landmark scheme. The grassroots advocacy organisation and hundreds of thousands of people with disability, their families and carers are determined to hold the government to their promises during their next term in office.

“We congratulate the re-elected Morrison government and look forward to seeing them deliver on their NDIS commitments,” said Kirsten Deane, Campaign Director of Every Australian Counts.

“In his victory speech on Saturday night Mr Morrison said his win was ‘about every single Australian who depends on their government to put them first.’

“Australians with disability and their families are depending on the NDIS – and depending on Mr Morrison’s government to get the scheme working the way it should.

“Once the ministerial team has been announced, people with disability, their families and carers will be keen to see immediate action taken to improve the way the scheme works,” said Ms Deane.

During the campaign the Morrison government committed to the:

“We will be vigilant to ensure that the Morrison government honours its pre-election commitments to people with disability, their families and carers,” continued Ms Deane.

“The problems with the NDIS must be fixed so people can finally get the support they desperately need. Too many people are falling through the cracks and not getting essential help. The scheme is not working the way it was intended to.

“We want to see the re-elected government roll up its sleeves and get on with the critical job of delivering the support Australians with disability and their families are depending on.

“In his speech last night Mr Morrison committed to policies that will ‘keep Australians together’. We hope that means Mr Morrison and his government will listen to people with disability and their families about what needs to be done to get the scheme back on track and commit to working collaboratively with them to find solutions to get the job done,” Ms Deane concluded.