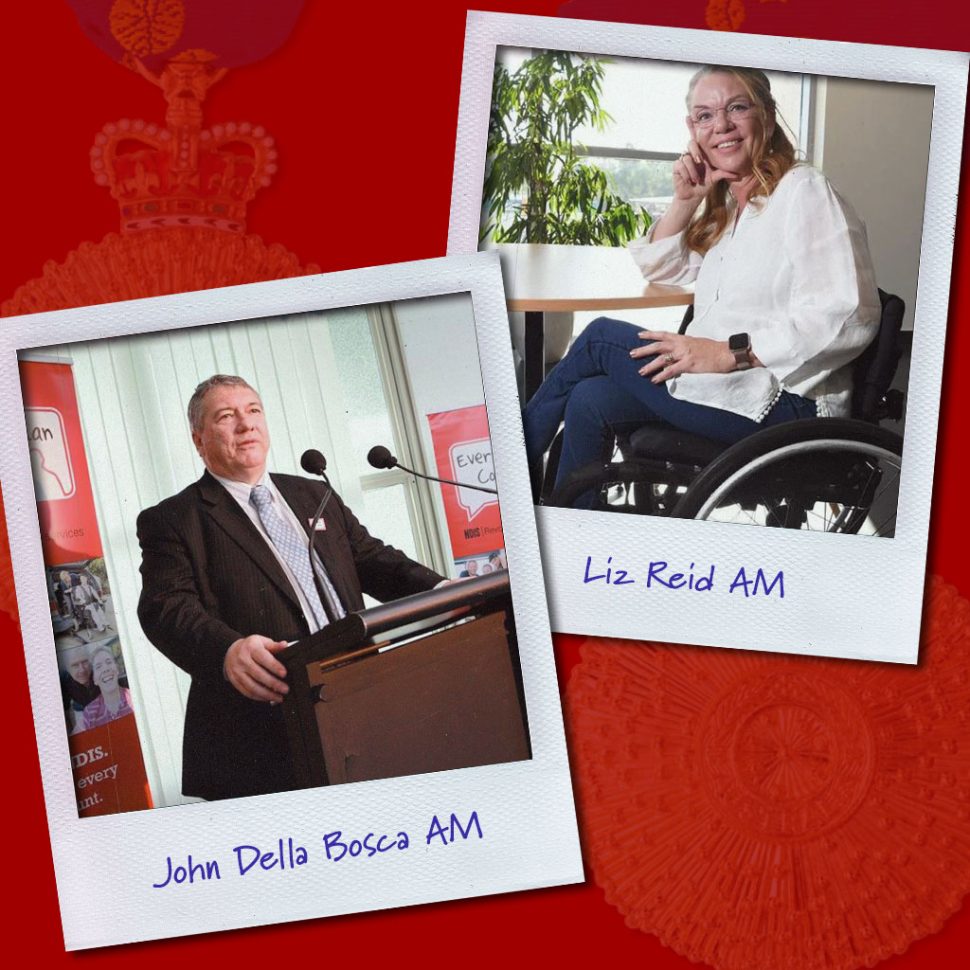 The wonderful Liz Reid got the nod for her service to people with disability, to youth and to social inclusion.

Liz is the Executive Officer of YouthWorX NT, and has been the President of Physical Disability Australia (PDA) since 2012 and Chairperson of the Australian Federation of Disability Organisations (AFDO) since 2017.

Liz has quietly and with a minimum of fuss spent her life advocating for those who have a limited or no voice and to ensure they have the same rights and freedoms as all Australians.

Liz was awarded the Member of the Order of Australia (AM) Medal.

Along with someone else whose name you might recognise – our very own John Della Bosca.

John was the Campaign Director for Every Australian Counts for seven years from 2010 – 2017.

John was awarded the Member of the Order of Australia medal for his significant service to public health, particularly in the disability and drug support sectors, and to the Parliament of New South Wales.

John joined Every Australian Counts when the NDIS was nothing but a dream. He helped to create a grassroots movement that turned that dream into a reality for hundreds of thousands of Australians.

We know that there are a number of unsung heroes from across the Australian community who also got the nod yesterday for championing inclusion and the rights of people with disability.

We congratulate Liz, John and all the other worthy recipients.