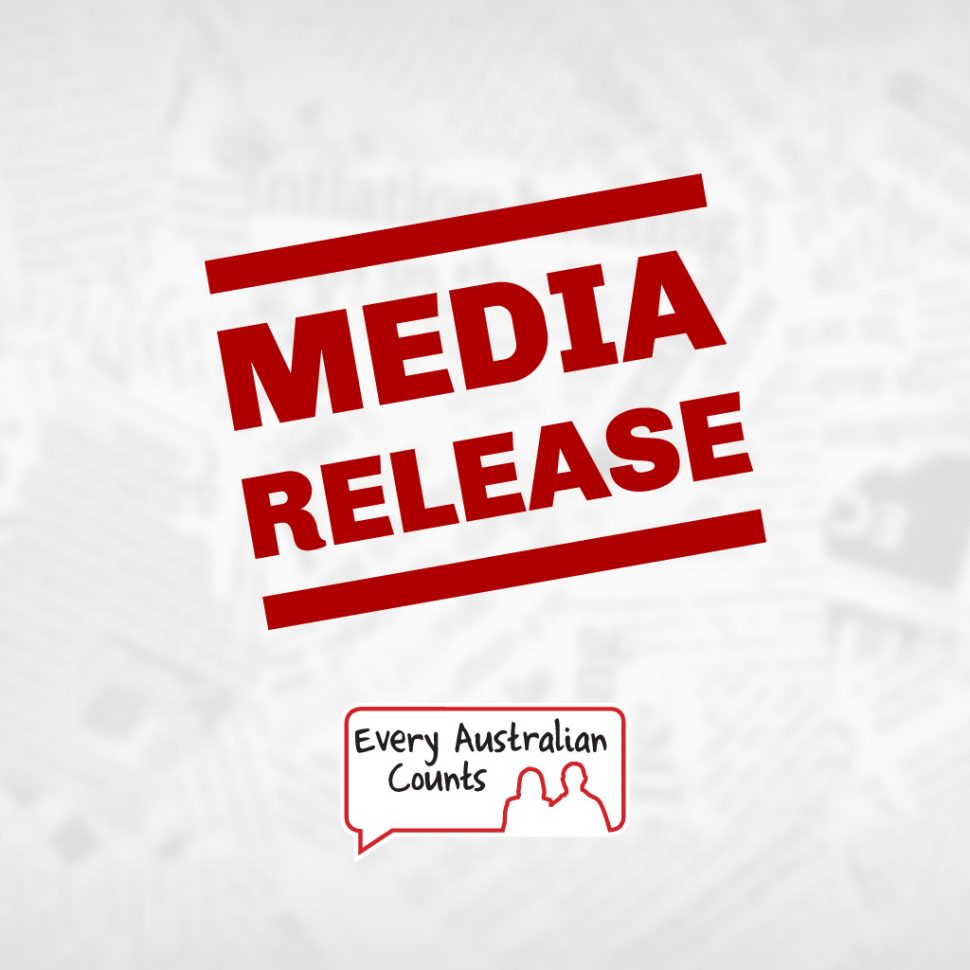 Media release, 19 April 2022: The Every Australian Counts campaign has today called on the Morrison Government to explain its plans for the future of the National Disability Insurance Scheme (NDIS), following the welcome release of NDIS policies from Labor and the Greens.

The future of the NDIS is a front of mind voting issue for the 500,000 Australians with disability who are currently covered by the scheme, as well as their families, advocates, and the 270,000 workers who support us.

“People with disability want the same opportunities as everyone else: to have safe and secure homes, jobs, access to the company of the people in our communities, as well as dignity, security and hope for the future,” Ms Cotchin said.

“The NDIS was designed to make all of this possible. But over the last few years, things have changed.

“The individualised, respectful, world-leading disability scheme that people with disability, families and supporters fought so hard for is now facing death by a thousand cuts.

“Every single day we hear more and more stories from people who have had their NDIS funding cut – with no reasonable explanation.

“People with disability are being forced to jump through impossible hoops to access the essential supports and services they need – while the NDIA spends millions on intimidating private lawyers who are hired to take on the very people the NDIS is intended to support.”

Every Australian Counts looks forward to seeing more detail from Labor on today’s policy commitments to rebuild trust between our community and the NDIA by:

Every Australian Counts has also welcomed commitments from the Australian Greens to a fully funded and staffed scheme, increased funding for disability advocacy, and more investments in the NDIS Quality and Safeguards Commission.

Every Australian Counts is asking candidates from all parties this election to commit to go back to the scheme’s founding principles of giving people with disability dighnity, respect and control over their own lives.

Every Australian Counts is coordinating the ‘Defend Our NDIS’ campaign, with a major National Day of Action planned for April 28.