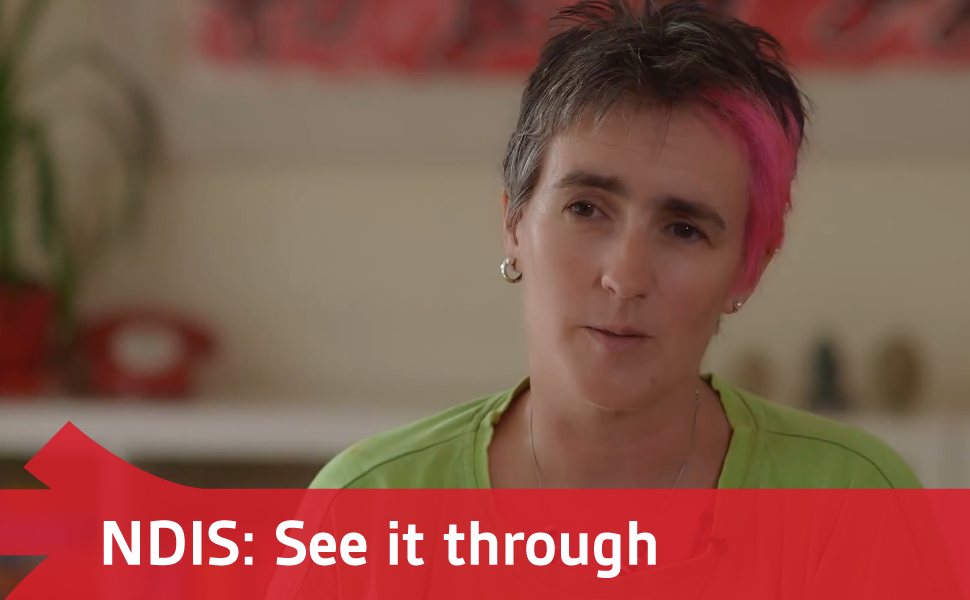 When the Federal Government announced in April 2012 that it would support the National Disability Insurance Scheme (NDIS), mother of three Heike Fabig was over the moon.

It seemed like a fantastic end to a long campaign for new disability system that gives people with disability and their families the power to decide their own future.

“We were there with our entire family and a few thousand people with disability who had put their heart and soul into this campaign. …I think we were laughing, we were crying… It was just the most amazing day,” she said of the celebrations.

Two of Heike’s children have high support needs. At the time of the announcement, her youngest child Billie was five and her oldest son was 11.

Three and a half years later, Every Australian Counts caught up with Heike to ask how she’ll feel when the NSW Government announces its long awaited roll out plan – promised by all Governments at the end of August.

She had time to speak to us during her second drive across Sydney for the week to pick up medication.

“It will be a big sigh of relief, and then a session around the kitchen table to plan ahead, which we have not been able to do until now,” Heike said.

“I can’t say it will be excitement. The daily grind without respite over the last four years means I’m a too exhausted to be excited.

“But it will give us peace of mind that, yes, it is coming and it will allow me to plan and budget knowing that relief is in sight. I can’t tell you how important that is.”

A roll out plan means families like the Fabigs will finally know when they can access the NDIS and plan for the future.

Since the NDIS celebrations three years ago, Billie now attends her local primary school – whose support has been “fantastic” but its still constrained in what it can do.

Her oldest son can no longer walk due to auto immune disease connected to his disability.

Faced with a two year wait for an appropriate wheelchair for her son, she shopped around and paid $7000 a chair that he can use on his own and allowed him to keep going to school.

And Heike has started a law degree to channel her frustrations and help her navigate the legal system and the bureaucracy.

“In NSW, we’re worse off than we were since they announced the NDIS, “ she said.

“Everyone is in a holding pattern while they wait to see what will happen or gears up for the change, but that doesn’t mean that our life stops as well.”

“My child still needs to go to school in a wheelchair that doesn’t give her back pain. My teenage son can’t sit on a couch for two years when all his friends are at school.”

“Everyone needs certainty so we can get on with it.”

Despite the frustrations, Heike remains positive about the NDIS and its potential to transform lives.

Her main concern is that the NDIS delivers what was promised in 2012. That it allows her and her children to make their own decisions about what they need to live the lives they choose and that the people running support services focus on the voice of people with disability and their carers.

The end game, she says is inclusiveness. Making sure her kids are one of the crowd, with the same opportunities as their classmates.

It’s the little things that count – but that add up.

Buying a lightweight beach ball for the school so sports mad Billie can play ball sports with everyone else.

Allowing her to help improve access to local community services or activities that are not specific to people with disability.

“I really hope that it is the paradigm shift that was promised,” Heike said.

“I want to see the kids move out of the disability world into the real world where everyone else lives, to participate in it and to live life.”

With families like Heike’s desperately waiting to find out when they can access the NDIS, and just 10 months before the NDIS is due to start, Heike’s appeal to governments is the same as it was at the beginning, and as it was last year

We need you to see it through!