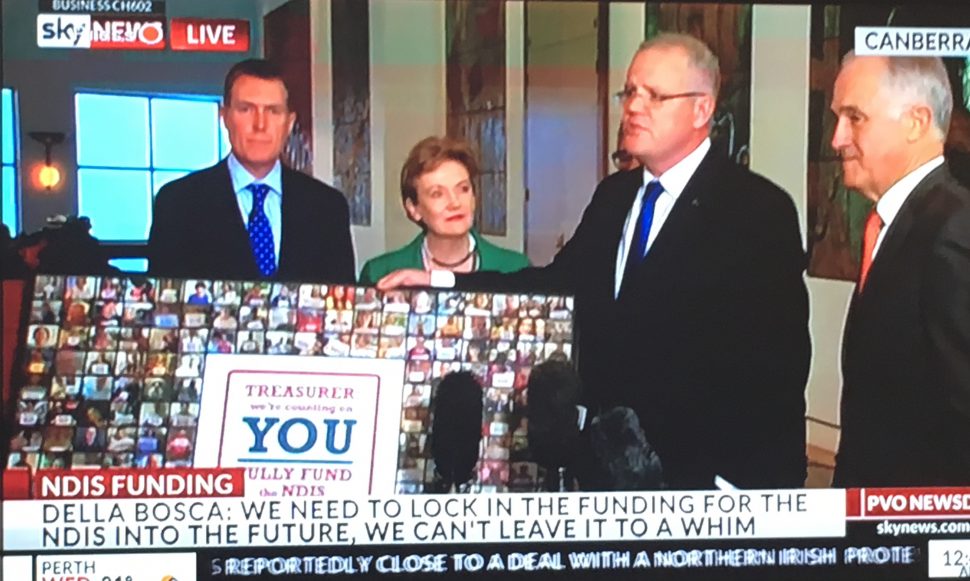 Every Australian Counts supporters hit Parliament House yesterday to urge our politicians to fully fund the NDIS ASAP. What a huge day it was!

The delegation of our ACT supporters asked senate crossbenchers and all major parties to help lock in funding now for the NDIS.

They met with Tasmanian Senator Jacquie Lambie, Senator Skye Kakoschke-Moore from the Nick Xenophon Team, One Nation leader, Senator Pauline Hanson, the Greens Senator Rachel Siewart, the Prime Minister, Treasurer, Minister and Assistant Minister for Social Services and Labor’s Jenny Macklin – one of the most committed advocates for the NDIS.

It was such a busy day there wasn’t time to fit everyone in so the offices of Senator Derryn Hinch and South Australia’s Lucy Gichuhi have agreed to discuss the issue over the phone in the next few days. 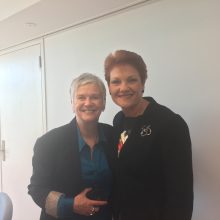 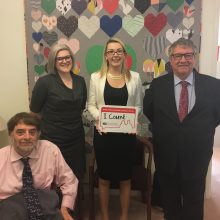 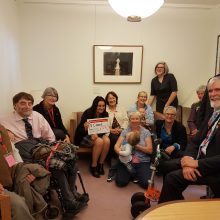 Every Australian Counts Campaign Director John Della Bosca said it’s clear that politicians from all sides fully support the NDIS and the potential it has to improve the lives of millions of Australians.

But the decision on how the NDIS will be fully funded must be secured now, so we can get on with the important task of making the NDIS the best it can be – a job that involves the whole disability sector.

“We need to lock in the funding for the NDIS into the future. We can’t leave it to the whim of one Parliament or another, one budget or another. No disrespect intended – one Treasurer or another.”

“What we’ve been doing today, what we intend to do this afternoon and what we will be doing over the next days and weeks and even if it takes months, is to make sure that everybody in this Parliament understands, regardless of the party or faction they’re in, that the NDIS, to be completely successful, it needs to be truly intergenerational,” he told a media conference. 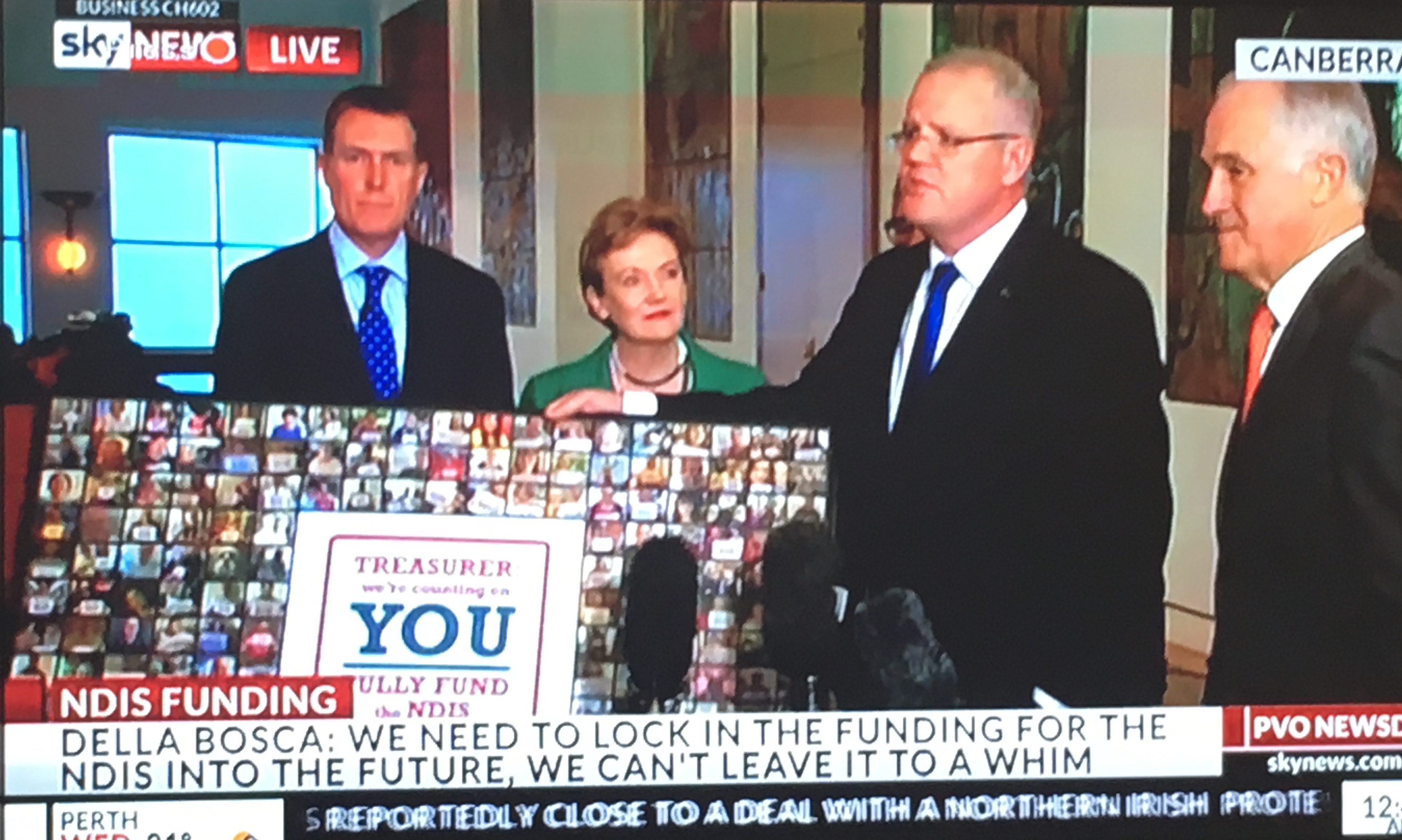 The Treasurer held up the sign we delivered him last year telling him we were counting on his support to fully fund the NDIS and said:

“The answer of the Turnbull Government is yes, this is exactly what we’re going to do, John. We are going to fully fund the NDIS.”

The overwhelming message from everyone we spoke to was they support the NDIS. The question of full funding should be before the Senate following the winter parliamentary break.

We were flooded by messages from supporters across Australia who made up our 365 Reasons Why Wall and video – thank you for your support we could use as a powerful visual message for our leaders.

A huge thank you to our supporters who joined us on the day – Trisha and Nathan, Heidi and Nicholas, Dougie, Juan, Phyl, Marja, Claudine and David. And also to the representatives from Carers Australia and National Disability Services. We couldn’t have done it without you all! 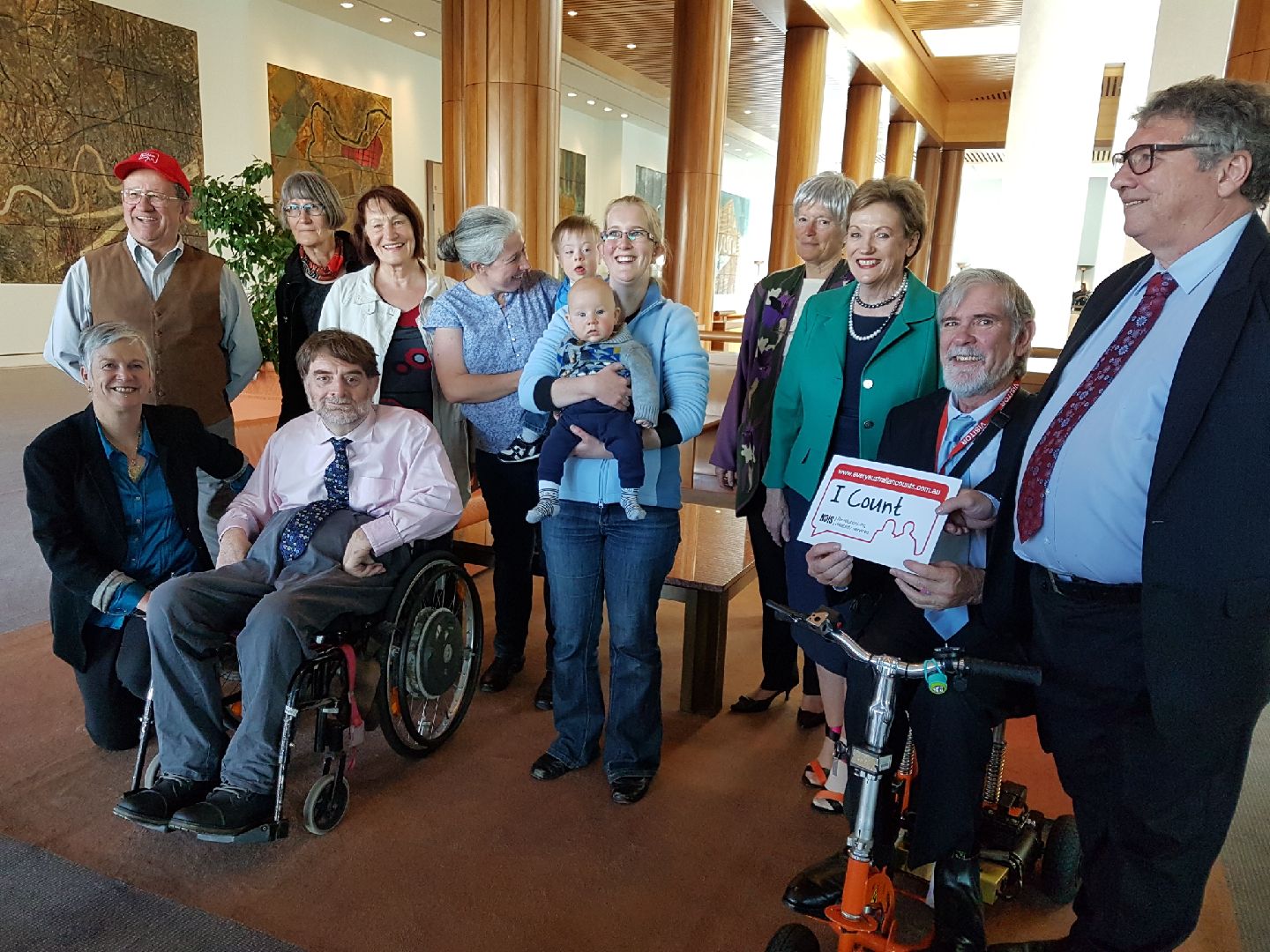