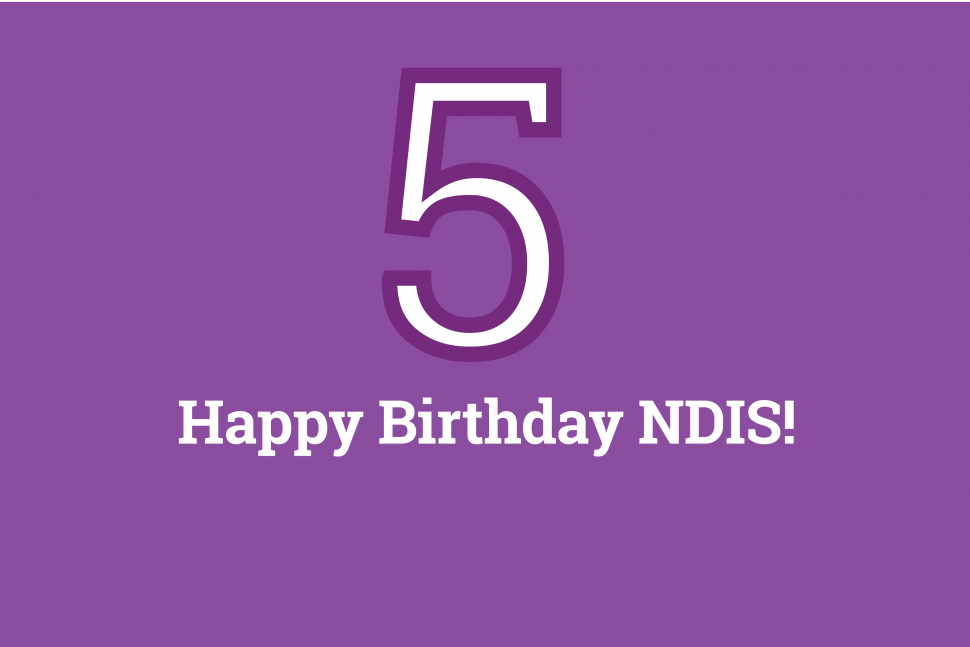 We’ve come so far, but there’s still a long way to go.

On Sunday the first of July, we attended a fifth Birthday Party for the NDIS in Geelong. We heard lots of great speakers from all sides of politics, from advocates, service providers, and from our own community.

Check out photos of the event in our Facebook gallery here

Jenny has been with us fighting for the NDIS from the start, and because she has just announced that she will be leaving politics, her speech was a very touching tribute to how powerful our community has been in getting the NDIS to where it is now – and how important we are in getting it where it needs to be in future. Listen to Jenny’s speech here.

We all reflected on just how far we’ve come.

Just over ten years ago we struggled with little to no support and had to rely on family, friends, or charity… or miss out. Then the idea of the NDIS came along and changed everything. Together the Every Australian Counts community showed Australia why we needed the NDIS, and the scheme became a reality just five years ago when trials were rolled out across Australia.

Everyone was excited about what we have achieved, but also spoke about how far we’ve got to go.

We heard lots of great stories about how people were finally able to get out and do the things they wanted to do with help from the NDIS, and we also heard stories about people who were frustrated, struggling and missing out.

There is still so much that needs to be done to make the NDIS better, easier to navigate, and to stop people who are falling through the gaps. All of our stories and experiences are important to an NDIS that works for all of us, and on the fifth birthday of the NDIS it’s a good time to remind ourselves just how much we can achieve when we work together.

So Happy Fifth Birthday NDIS! We’ve come so far, but we’re not finished yet!

We’ve got plans for how together, we can keep the pressure on and make sure our politicians get the NDIS sorted out – so stay tuned.

While you’re here, don’t forget to sign up to be part of the Every Australian Counts community, and share with family to get them on board too. Together we can get the NDIS we’ve been fighting for.