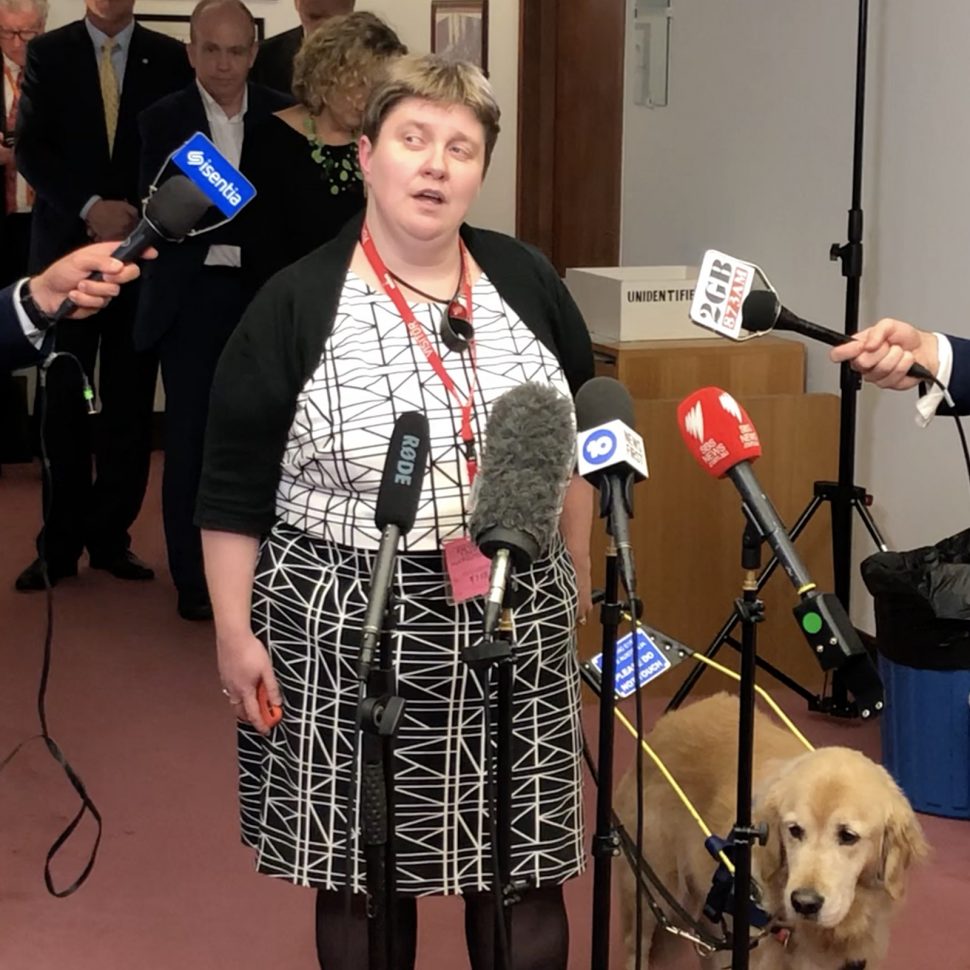 Tonight’s announcement by Treasurer Frydenberg of more than $500 million being set aside for a Royal Commission into the violence, abuse, neglect and exploitation experienced by people with disability, has left disability advocates overjoyed.

“This Commission has been a long time coming,” said Chair of the National Disability and Carers Alliance (the organisation behind Every Australian Counts), Leah van Poppel.

“So many individuals and organisations have fought long and hard over many years to ensure the neglect, violence, exploitation and abuse of people with disability does not continue to be overlooked.

“The violence and abuse experienced by people with disability has been hidden in the shadows for too long. This Royal Commission will bring all these issues finally out into the light.

“$528 million over five years will ensure the Royal Commission has sufficient funding to be broad ranging and investigate the full range of abuse experienced by people with disability and the many places in which it occurs.

“This is a Royal Commission that must not only bring about decisive government and legal action – it must result in broader social change to ensure people with disability are able to live the lives they deserve, free from the fear of abuse, neglect or exploitation.

“Violence and abuse should always be above politics. This funding will allow the inquiry to be broad ranging, take the time it needs to fully investigate issues, and allow people with disability and their families to get the appropriate support to take part,” said Ms van Poppel.

However despite the Royal Commission win, disability advocates remain frustrated by the lack of attention given to the National Disability Insurance Scheme (NDIS).

While the budget figures are not clear on the current underspend on the NDIS, conservative estimates put the figure at at least $1.6 billion while other analysis suggests it could be as high as $3 billion.

“NDIS funds must be spent on the NDIS – not bolstering the budget bottom line,” Ms Deane said.

“Most people in the NDIS are not spending all the funding allocated to them because they cannot work their way through the bureaucratic maze that is the NDIS to get the help they need. They are desperate for help and support – they just can’t get it.

“We have been holding forums across Australia and talking to thousands of NDIS participants, their families and carers. We know this money is urgently needed to fix the scheme and get it working the way it should so people aren’t left waiting for two years to get a wheelchair.

“This cannot be allowed to continue. Urgent changes must be made to get the scheme working the way it should and finally get people the help they need.

“Funds tagged for the NDIS should be spent on the NDIS. The underspend should be used to support people with disability and their families and fix up problems with the scheme – not returned to government coffers.

“Let’s be clear – we are not asking for more. We are simply asking for the finds allocated to the NDIS to be spent on the NDIS – not just quietly disappear. That’s what people with disability expect and deserve.

“The NDIS must run like a real insurance scheme – where money not spent is put away for a rainy day or invested back into the scheme to get it working the way it should.

“This money should be spent on the people who desperately need it most – people with disability, their families and carers,” said Ms Deane.