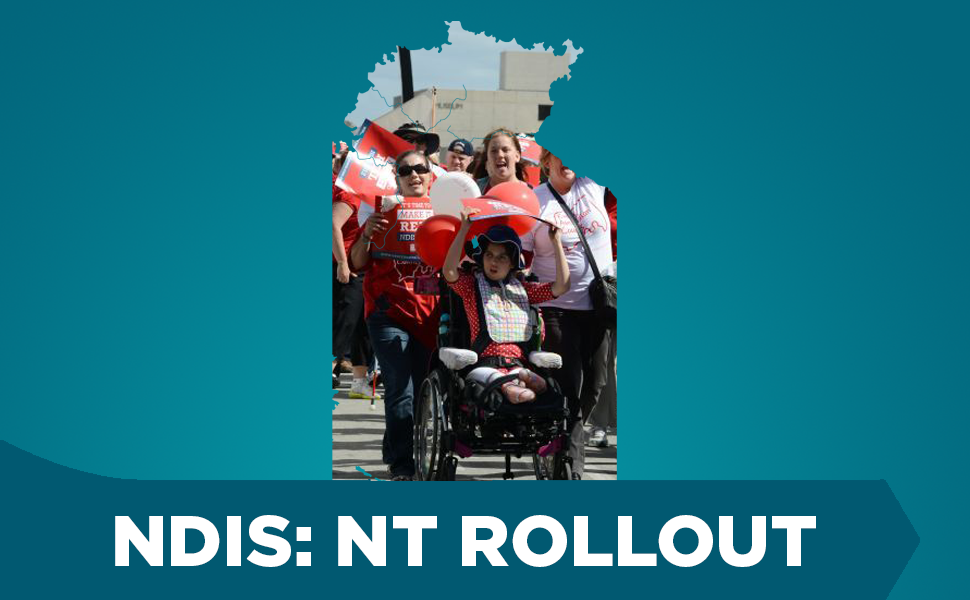 The full roll out of the NDIS across the Northern Territory in the next three years is now guaranteed after a bilateral agreement was signed with the Commonwealth just in time for the Budget.

The announcement will gives certainty to people with disability and their loved ones across the NT. With the agreement in place they can begin to prepare for the NDIS knowing when it will be rolled out in their area.

The Northern Territory is the second last state to sign their agreement with the Commonwealth. Now it’s just Western Australia to sign theirs and last week Minister Porter indicated the WA NDIS agreement would be signed before the end of the year.

This is great news for all Every Australian Counts supporters who have campaigned tirelessly for governments at both state and federal level to iron out the details of the roll out so that the NDIS is a reality for all people with disability.

How will the NDIS rollout look in the NT?

The NDIS roll out will begin in January next year and it’s expected that all eligible participants will be covered by July 2019.

There will be strategies in place to ensure that remote and indigenous communities in the territory receive the best support possible.

Specific details are still emerging about which areas will be covered by the NDIS and when, but early reports are that the East Arnhem region will be covered from January next year, followed by the remote Darwin zone from July and finally Central Australia and rural and urban Darwin.