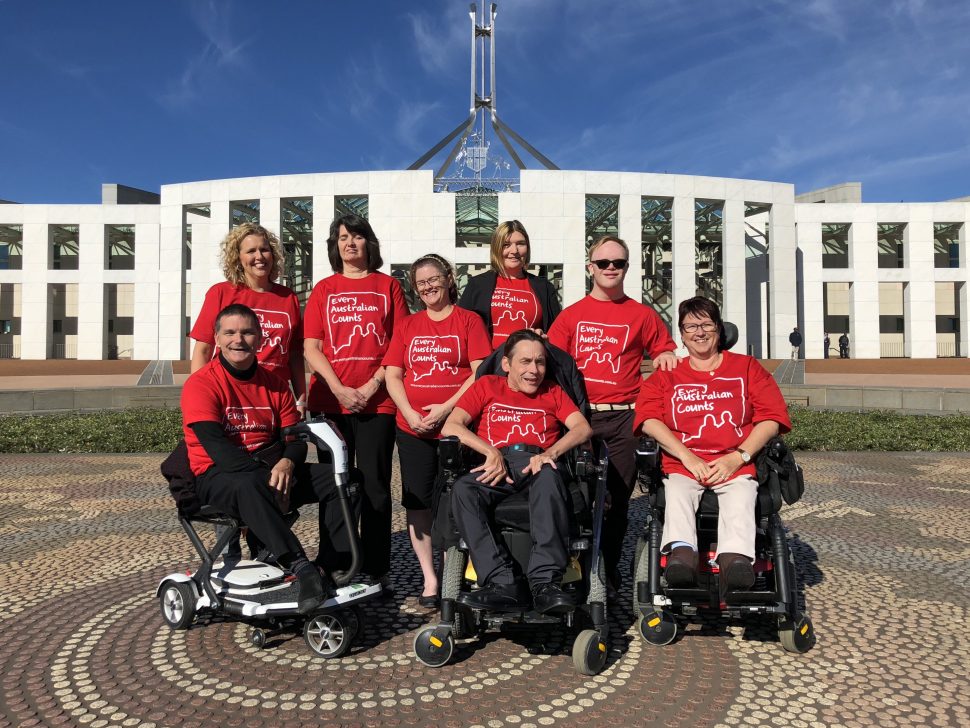 The word is out in the halls of Parliament – we need to fund and fix the NDIS.

The word is out in the halls of Parliament – we need to fund and fix the NDIS.

Over the last couple of days our seven fantastic Every Australian Counts champions were your voice in Canberra. Their message to everyone they met was clear and simple – it’s time for some action on the NDIS.

Ben, Lynne, Chris, Terri, Peter, Linda and Carleeta met with politicians from a range of parties. They talked about some of the problems our community has with the NDIS at the moment, and why it is crucial they take urgent action to fix them.

They also talked about why it was so important to guarantee full funding for the NDIS.

The Champions were clear with everyone they met – the problems with the NDIS should not be used as an excuse not to fund the scheme. The bill to increase the Medicare Levy to fund the NDIS has been sitting in the Senate since last year. The legislation needs to pass so we can get on with the job of making sure the NDIS delivers on its promise.

The Champions made sure politicians knew it was time for action.

Our Champions were working hard to get the word out about the NDIS even between meetings! We were a big group and very visible in our bright red t-shirts, so plenty of people made their way over during the day to ask what we were doing. The Champions also spent some time talking to media to make sure our voices were heard far and wide – you can see some of the coverage below.

Thanks to our fabulous Champions who poured their heart and soul into make each and every meeting a success, and who never missed an opportunity to drive home the urgent need for change. The stories they told on behalf of the whole community were simple and powerful. They had an impact on everyone they met.

This is just the start for our Champions and for Fund it and Fix it – we’ve got plenty more planned.

In the meantime, please don’t forget to sign the petition and share with your family and friends so everyone has a chance to have their voice heard.

As the last few days in Canberra show, when we work together we can make a big difference.