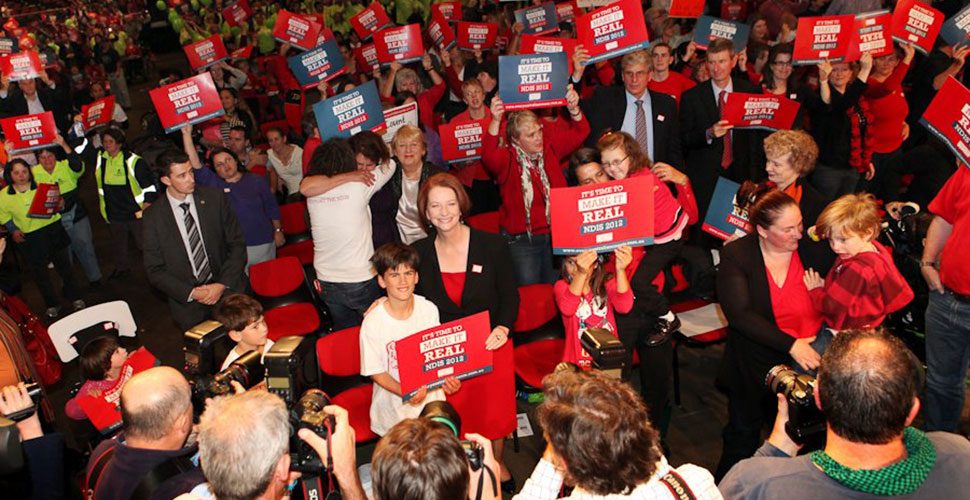 In our Friday Flashback series we turn the clock back to April 2012 when more than 20,000 people attended rallies across the country asking our politicians to make the NDIS real. Huge events, exciting times!

In rallies from Geelong to Caboolture, Every Australian Counts supporters took to the streets in a groundswell of support for the proposed NDIS. 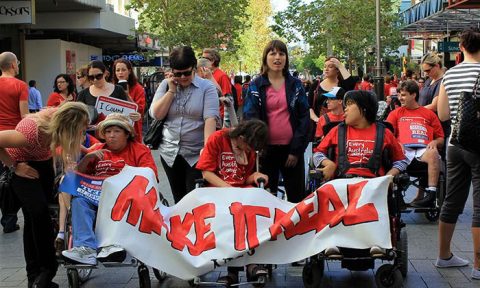 Mothers, grandfathers, children, politicians, musicians, journalists – people from all walks of life came together in one of the biggest grassroots campaigns Australia has ever seen. 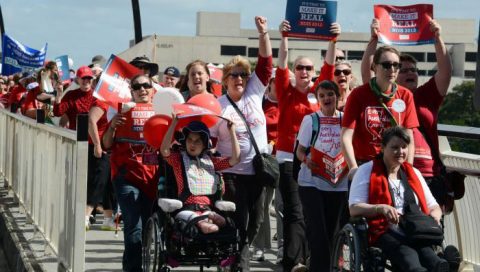 And they made our decision makers sit up and take notice with public NDIS commitments from the then leaders of our two major parties.

There’s now just two weeks until the NDIS rolls out in many areas of Australia.

It is only the start of the roll out, but it shows how far our campaign has come. It couldn’t have happened without the support of the hundreds of thousands of Australians with disability and their supporters who never gave up.

There’s just one word for that. Thankyou.