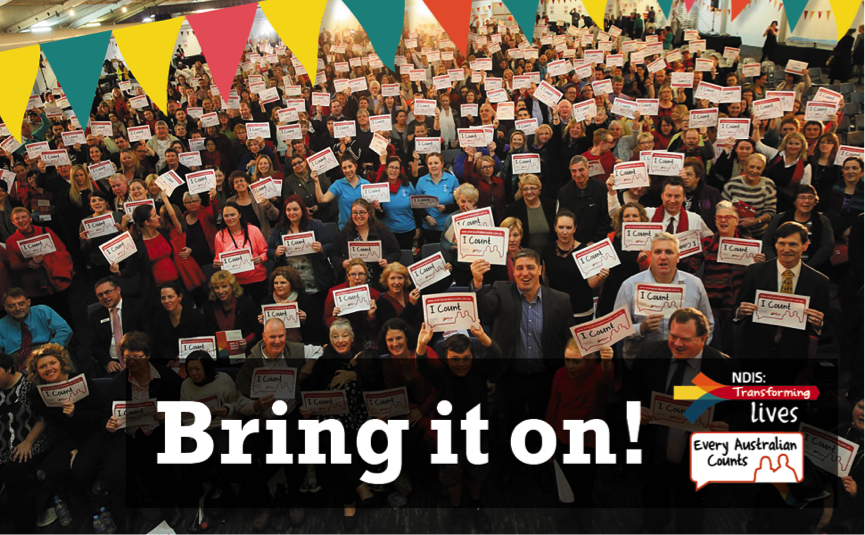 Wow, just one more Friday to go until the roll out of the NDIS begins in many areas of Australia. Today we’re rewinding back to a year ago to our Kick-off event in Penrith, Western Sydney.

More than 1,500 people attended the Every Australian Counts kick-off event at Penrith Panthers to mark the start of the NDIS moving beyond the trial sites.

Many thousands more watched the event as it was live streamed across Australia.

It was a huge milestone for the NDIS and for Every Australian Counts supporters who had campaigned so long and so hard to reach that point.

Next week, exactly one year later, the NDIS will roll out in many other areas of Australia as part of the transition to full scheme.

As we said this time last year, bring it on!