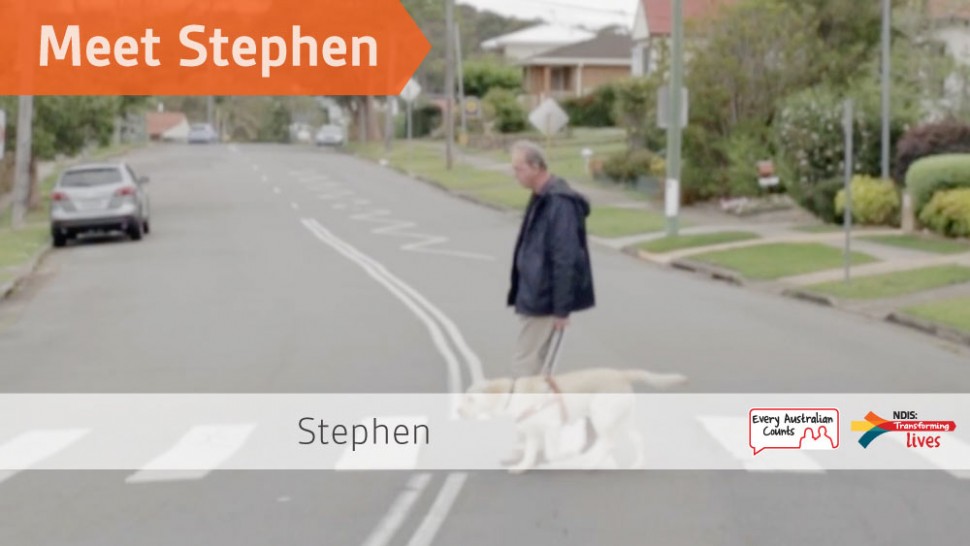 It’s taking Stephen a while to get his head around being able to do things now that previously would have been impossible without the NDIS.

Stephen went in to his first NDIS meeting prepared. He had his own ideas about what he wanted and even had his plan written down in advance.

Planning before the meeting helped Stephen to start a conversation and negotiate with his planner to get the best outcomes.

It took time. Stephen and his planner had three meetings to make sure they got it right.

Under the NDIS he has a new guide dog called Selby. Recently, they have been spending a lot of time training together by walking around the local area so they can learn to work together as a team.

Stephen is confident that the NDIS will change his life.

Importantly, he has been given a budget that he can use to purchase services that are a bit harder to plan for in advance.

This means he can take control and be able to do things that before he would have either not been able to do or relied on family or friends.

“Its going to take a little bit of getting my head around that I can now purchase services to do things that I previously would’ve gone, ‘well I just cant do that’. It’s a great opportunity I think it’s really going to expand my horizons,” he says.

Watch videos of Stephen as he shares his NDIS journey.

How specific can I be when I sit down with a planner?