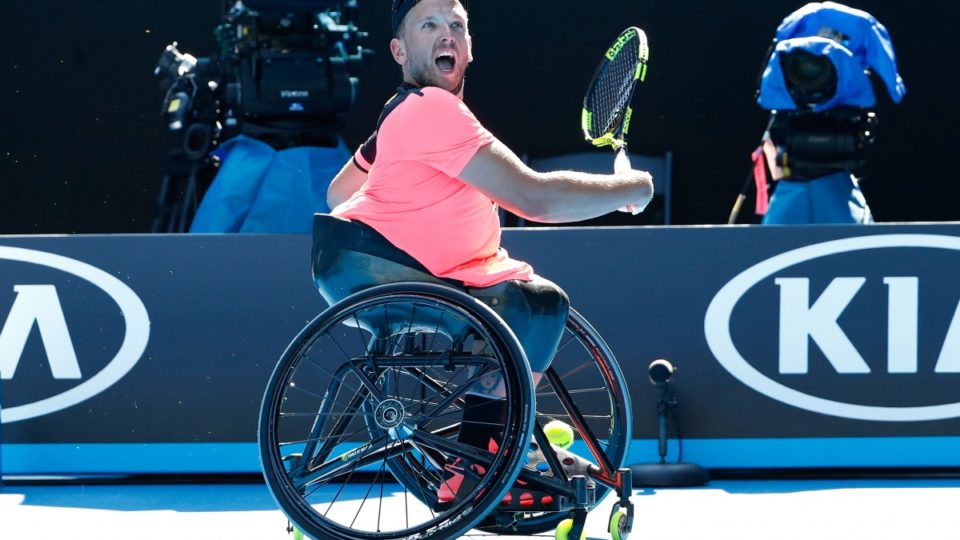 “They told me I had to play on an indoor (court) and spectators weren’t allowed.” Alcott said. Read on to find out more.

There’s something deeply wrong when an Australian champion wins a record sixth Grand Slam victory – and it doesn’t even make the front page of our newspapers.

But it’s not surprising that the wheelchair tennis final went unnoticed given Alcott and his opponent, World No.1. David Wagner, were forced to play on an indoor practice court where there was NO room for spectators. Only the players’ coaches allowed to view the match.

“They told me I had to play on an indoor (court) and spectators weren’t allowed. It was just my coach, myself, my opposition and his coach, and I said, ‘That’s ridiculous,’” Alcott said.

“It was pretty sad because the word got out over here in New York and there was about 100 or 200 Aussies that came that I didn’t know that couldn’t get in to watch, which was a real bummer.”

It is incredible that the organisers of the US Open seemed to think they could get away with barring spectators from watching two elite sportsmen battle it out for a Grand Slam just because they happened to be in wheelchairs.

This is the kind of ableism that so many of us see every day.

When Dylan Alcott wakes up in New York, we’ll make sure he knows that the world is watching.

Let’s show our pride and support for Dylan by making this tweet HUGE:

“I would have watched @dylanalcott win! It’s way past time to treat people with disability with respect @usopen #inclusionfail #disabilityrights

Not on Twitter? Here’s two things you can do instead:

Write a letter to the Editor of your paper, about what you think of Dylan’s treatment.

Call or text talkback radio, and let them know what’s happened and why it’s an outrage.