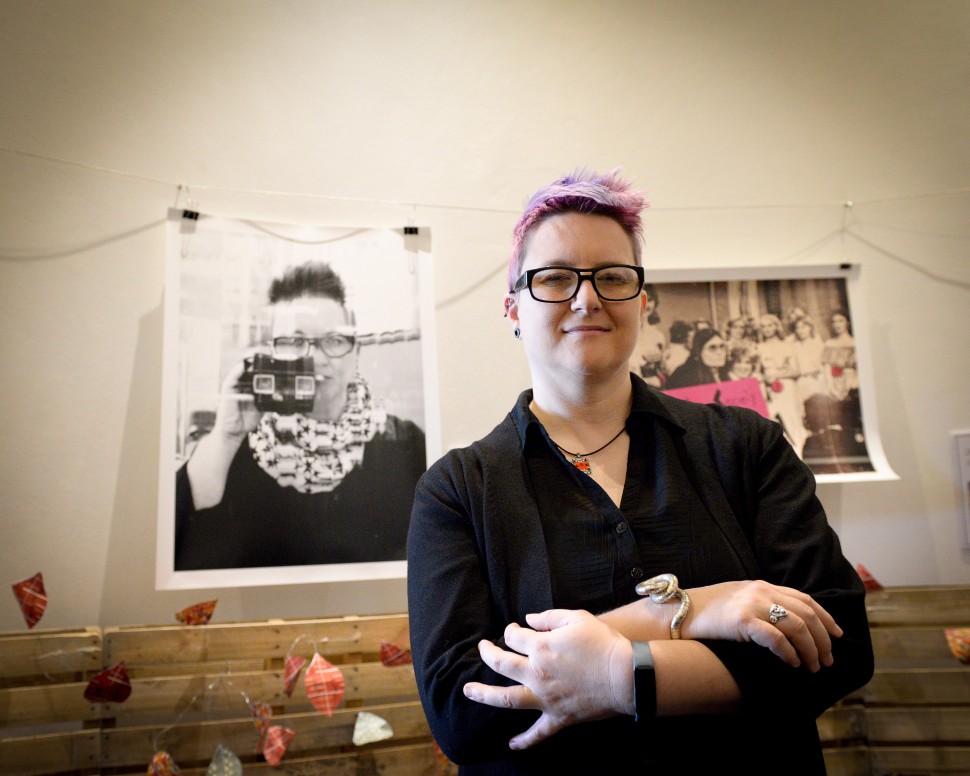 Disability Leader Katharine Annear of South Australia, one of 12 disability leaders represented in the Grassroots Democracy: the Campaign for Disability Rights Exhibition.

Currently on show at the Museum of Australian Democracy at Eureka (M.A.D.E) in Ballarat, the Grassroots Democracy: The Campaign for Disability Rights Exhibition, tells the story of the men and women who have fought, and are still fighting, tirelessly for equality for Australians with disability.

Ashley Heenan who has been working with the museum on creating this exhibition said that one of the things M.A.D.E is committed to is telling the stories of grassroots democracy.

“The Every Australian Counts campaign is a good example of a contemporary grassroots movement, and how social media was used to build awareness and to also lobby on many fronts,” says Ashley.

“It was the starting point of the broader conversation with the general public around the need for change, and the need for a National Disability Insurance Scheme (NDIS). It was about discussing the current inequality.

“This campaign highlighted the deficit that exists for people with disabilities to live their lives. It also stressed to each and every person that disability can touch the lives of anybody at any time.”

Mr Heenan hopes that the exhibition will continue the conversation and explained that even though the NDIS is being rolled out there are still more milestones to be reached.

“Not everything is solved now that the NDIS has been approved, and it doesn’t mean we should stop talking about disability rights,” he said.

Besides the NDIS, the exhibition showcases photographs and stories of the leaders both past and present that have been key players in the fight for disability rights. It has contributions by human rights advocate Graeme Innes, award winning writer and director Sarah Barton, member of the NDIA Board Rhonda Galbally and advocate Dr George Taleporos.

The Museum of Australian Democracy at Eureka (M.A.D.E) hopes that the exhibition will have the opportunity to travel around Australia, to spread the often-untold story of this extremely important human rights campaign.

As part of the ongoing development of this exhibition online, M.A.D.E is creating a digital honour board to pay respect to those who worked and campaigned for the rights of Australians with disability,

The museum is inviting communities around Australia to nominate a disability rights leader through the museum website.

To nominate a campaigner, visit www.made.org

The Grassroots Democracy: The Campaign for Disability Rights Exhibition will be displayed at M.A.D.E until Wednesday 29 July 2015.