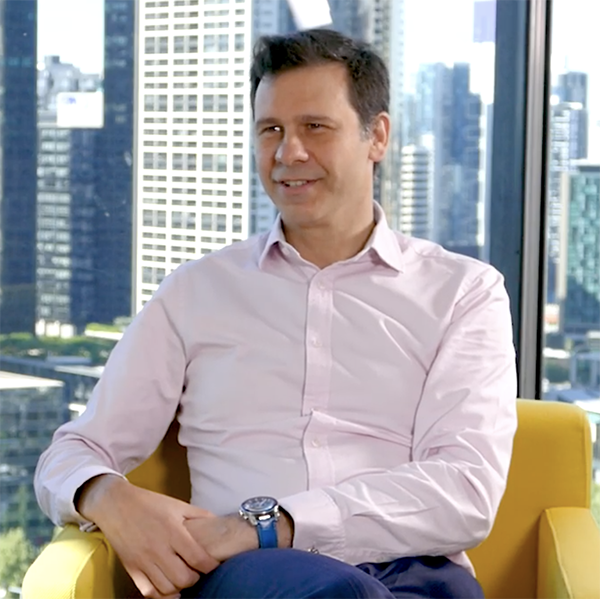 At every NDIS Make it Work forum we have held around the country, we have been asked about changes people have heard the National Disability Insurance Agency are making to the NDIS planning process.

We have been asked so many questions we thought we had better get some answers. And no, we didn’t call the call centre – because we all know how THAT goes. We went straight to the top to the man who runs the NDIA – Rob De Luca.

We put your questions straight to him – and then hit record so you could hear and see for yourself.

We asked Rob about planned changes to what is called the NDIS pathway. The pathway is basically the journey NDIS participants go on as they enter and then work their way through getting an NDIS plan and putting into action.

The conversation with Rob ranged far and wide, but the good news is it sounds like the NDIA has been listening to us and taking what we’ve said in the forums very seriously.

Rob mentioned a lot of important changes that are coming, so we’ve pulled together the information below so we can all know what to look out for.

What is the participant pathway?

The participant pathway is the term the NDIA use to describe the journey people with disability, their family, friends, and service providers go on when they travel through the NDIS.

How is the NDIA improving the participant pathway?

We know (and the NDIA knows too) that the pathway isn’t working for everyone. It is complex and complicated and as a result, can be stressful, confusing and time consuming. The NDIA knows it too and so they are trialing some changes to how planners and Local Area Coordinators work with us to put our plans together. These changes include:

How are the changes going so far?

Rob told us these changes have been trialed in three locations in Melbourne, and so far they’re going well. More than 80% of participants have given positive feedback and said they understood their plans better. The number of reviews has also dropped. The time between plan approval and the funds starting to be spent has become a lot shorter. This is all good news.

Rob also told us the NDIA have also introduced some changes as part of the pathway work that will be rolled out everywhere, not just in the three areas in Melbourne. They are:

While these changes could make a huge difference to all of us trying to navigate the NDIS – we will need to see them put into action first and see how they go.

When will these changes roll out?

That’s the really important question. The NDIA says it will be “soon” – but won’t yet say exactly when or where or how. Rob said when they are ready to let everyone know what the roll out plans are, they will put the details on the NDIS website.

So while some of the changes being made sound great and are exactly what you have asked for at forums, we are really worried that they will not be rolled out in time to make a difference to the 200,000 people who are still waiting to come into the scheme.

Are there any changes in the works for different groups of people with disability?

The NDIA have heard us loud and clear when we say that not all people with disability are the same. That’s why they’re developing different pathways to meet everyone’s needs.

The NDIS already has a special pathway for children aged 0 to 6, and now they’ve also got a new unit for people with complex needs. In the coming months they’ll be testing this unit in Victoria and New South Wales, and if it works well it will start rolling out across Australia.

Again the when, where and how still hasn’t been made public. And again we are worried it won’t be in enough time to help people still waiting for the NDIS.

Does this mean the NDIA will improve staff training?

Yes! So many people at the forums have told us that better staff training is one of the biggest improvements that could be made to the NDIS, and it’s great that the NDIA has listened.

Rob says that not only will there be thousands of new LACs and planners joining the scheme, but they will have to go through more rigorous training including working directly with people with disability on the ground.

Specialised training will also be rolled out, meaning that people will begin to be trained on different types of disability and also what does and doesn’t work for people from different cultural backgrounds and people living in rural and remote locations.

Is there anything else the NDIA is working on?

Rob says that the NDIA knows that they’ve got to make the NDIS simpler, so they’re changing the website to make it easier to navigate and also planning a process where everyone will only have one consistent point of contact through their NDIS journey.

The NDIA are also making sure that participants have more face-to-face time during the planning process to make plans less stressful and confusing. They’re also in the process of trialing longer plans for people whose needs are unlikely to change, which might mean we don’t have to have reviews so often. Hooray!

All these changes sound good, but we all know it’s the way that they rolled out the ground that matters. So we’ll make sure to keep a close eye on when and how they’re rolling out.

Rob doesn’t grant many interviews – but he has promised to speak to Every Australian Counts again very soon. Next time we will shout out to you to ask you what you most want to ask the guy who runs the NDIA – and we will put those questions straight to him. So keep an eye out for that early next year.

In the meantime you can watch the whole conversation between Rob and Kirsten below: