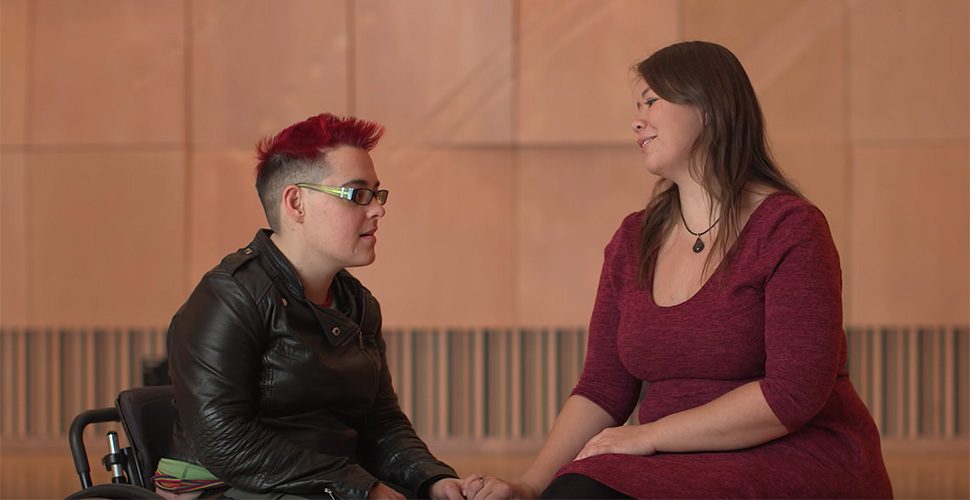 2016 has been a big year for the Disability Advocacy Resource Unit (DARU).

This year marked 30 years of funded disability advocacy in Victoria and to celebrate DARU hosted a Rights Retrospective event ahead of the Strengthening Disability Advocacy Conference.

“The Rights Retrospective celebrated and raised awareness of the long-term systemic work that has been going on for decades,” said Natasha Brake from DARU.

“We had a live band, The Rights Tough, and interviewed past activists on themes of deinstitutionalisation, transport, education and employment.”

Check out the band’s songs and interviews with panelists here.

As part of the retrospective, this powerful and empowering video about the UN Convention on Rights of Persons with Disability was produced.

This year marked the 10th anniversary of the UN’s adoption of the Convention, which Australia ratified in 2008. The theme for the UN’s Human Rights Day on December 10th this year was “Stand Up For Someone’s Rights Today”.

“We really love this video and love sharing it. It spoke directly to the theme of the conference, which was ‘Putting Rights Centre Stage’,” said Natasha.

The video was produced by Sarah Barton at Fertile Films. Sarah also produced the award-winning community television series No Limits, which is about living life to the fullest with disability.

In the video, people with disability, who were all paid for their acting work, explain the rights under the convention, including rights to education, work, healthcare and participation in cultural and public life.

The video also includes the rights of privacy and intimate relationships and states that parents with disability cannot have their children taken away from them due to disability.

The video reinforces the importance of disability advocacy in defending human rights and in fighting for the Convention to be upheld into the future, both in Australia and internationally.