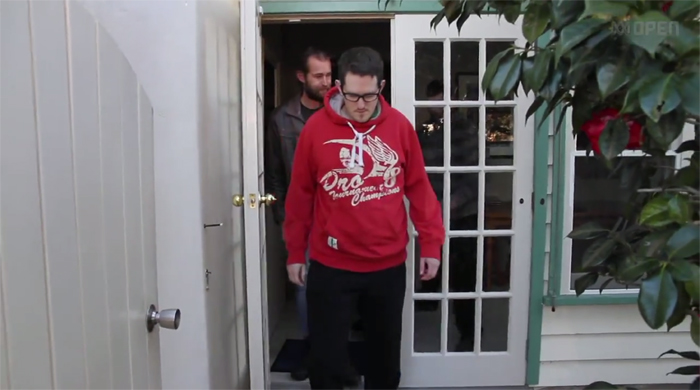 In Newcastle three families have pooled their resources and set up a house for their adult sons, which is supported by workers paid for by the National Disability Insurance Scheme.

In this great video posted by ABC Newcastle, Michael, Josh and Fraser rent a shared house, which is manned round the clock.

They now volunteer as welcome staff at nearby Charlestown Square.

It’s an idea conceived by their parents, worried about the future of the young men when they are no longer alive – and made possible by the NDIS.

“It was our mission to find somewhere they could live when we’re not here,” Fraser’s mum Stephanie says.

“Before the NDIS came into existence we had decided on the plan about the housing but we had no funding.

“If the NDIS had not come into existence the house would have been unsustainable in the long term for the boys because the NDIS provides the money for all the support in the house.”

In the past 18 months the transformation has been remarkable, according to their parents, and to support worker, Adam Sandford.

They’ve gone from “mollycoddled” in their mum’s words to independent, catching the bus to work, looking after the house and choosing a support worker they feel most comfortable with.

“They’re able to face other challenges that we never thought they’d be able to do. Its been a remarkable journey for them, but also for us,” Michael’s mum Dianne said.

It’s a fantastic example of how the NDIS is transforming the lives of people with disability – and their families.