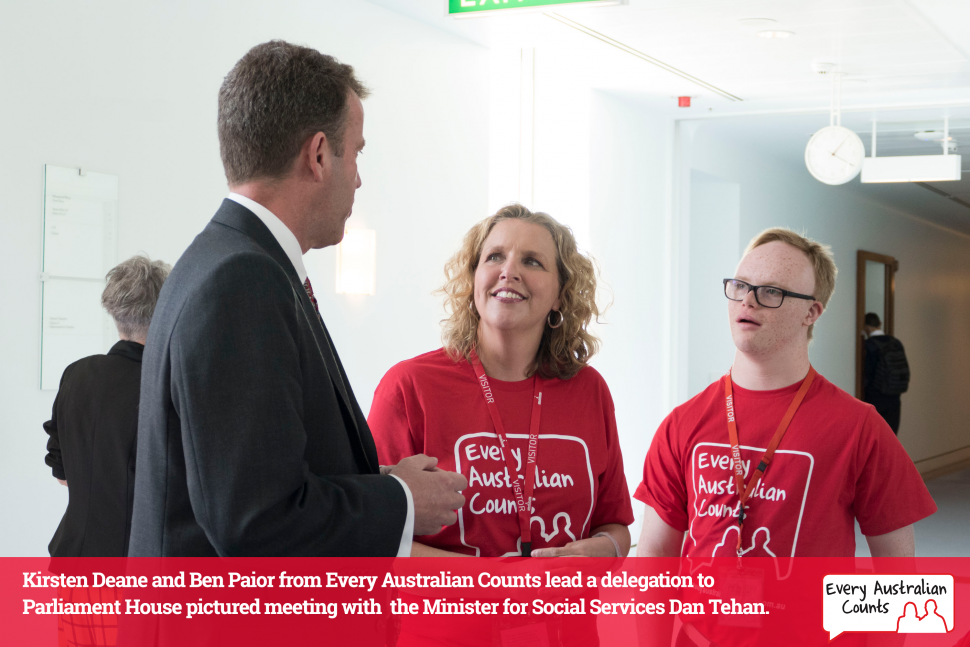 The Every Australian Counts community welcomes demand by the Australian Medical Association for bipartisan support for a fully funded NDIS via a 0.5% increase to the Medicare levy.

The Every Australian Counts community welcomes today’s strong statement by the Australian Medical Association demanding bipartisan support for a fully funded NDIS via a 0.5% increase to the Medicare levy.

Every Australian Counts, which consists people with disability, their families and carers and people who work in the sector from all across the country, have been strongly campaigning for Australian politicians take action on guaranteed funding for the NDIS as part of their ‘Fund it and Fix it’ campaign.

“We stand together with the AMA demanding bipartisan support to fully fund the NDIS via a small increase to the Medicare levy,” said Kirsten Deane, Campaign Director at Every Australian Counts.

“Full funding will guarantee the future of the NDIS and assure people with disability and their families that the scheme will be there for them when they need it.

“The bill has been sitting with the Senate for almost a year. That’s a year that people with disability and their families have lived with uncertainty and worry about what will happen to the scheme. We don’t think people should have to wait any longer – the bill needs to pass as a matter of urgency.

“We know that the NDIS currently has some issues and it is not working well for everyone. But this cannot be used as an excuse to not fund the scheme. We need the funding sorted so we can get on with the critical job of fixing the problems.

“The NDIS is one of the most important social reforms in Australia’s history. It is still the best way for people living with disability to get the support they need to live their lives to the fullest.